Apple has clarified the functioning with third-party apps of the ProMotion mode present on the new iPhone 13 Pro and iPhone 13 Pro Max, a function that allows you to have a variable refresh rate of the display from 10 to 120Hz, depending on the displayed content.

At present, third-party apps are unable to use the refresh rates offered by ProMotion in all animations. Initially, there were speculations of a bug or a limitation by Apple in order not to significantly impact the battery life.

According to what was declared by the Cupertino company, however, all third-party apps can safely take full advantage of the update rates offered by the ProMotion mode but it will still be necessary to add a line of code that will soon be made available to all developers.

This step, says Apple, is necessary to give access to the display’s variable frequency update function only to apps that really can benefit from this technology, while allowing them to optimize consumption. 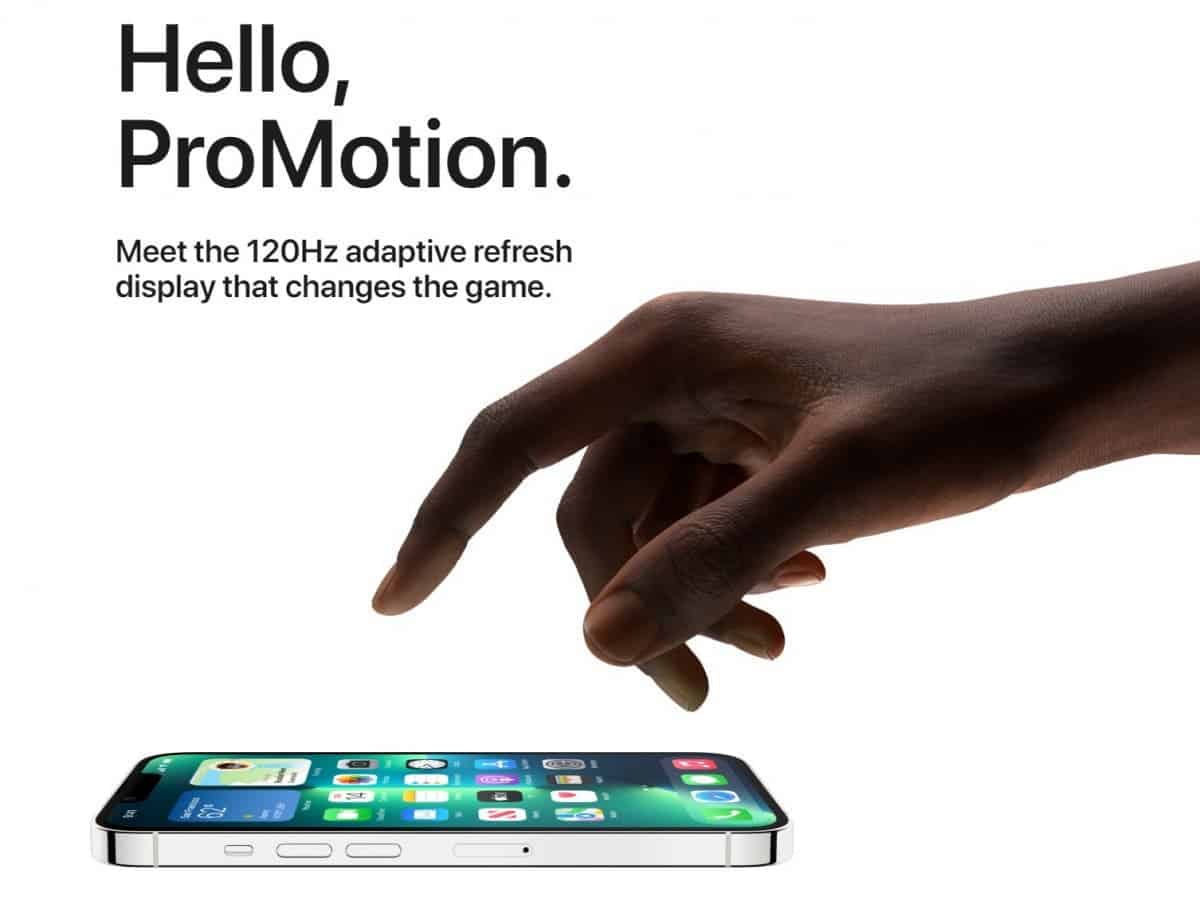 Of course, this activation process is only available for apps that need full ProMotion support. In fact, by default, the standard user interface animations of third-party apps automatically get all the benefits offered by both the higher and lower frame rates, without any kind of modification by the developers.

In addition, a bug affecting some animations created using Core Animation will be fixed with a future update.

Currently, with limited support for standard animations; it is possible that there is a noticeable visual difference between apps; when it comes to scrolling, opening and closing a popup. This problem, of course, will be addressed as developers update their apps for full ProMotion support.

Apple has updated the developer portal documentation detailing how they can implement ProMotion support in their apps.

The paper, titled “Optimizing ProMotion Refresh Rates for iPhone 13 Pro and iPad Pro”; explains how to set the animations to work even at higher or lower refresh rates.

The documentation also confirms that, compared to the iPad Pro; the new iPhone 13 Pro and Pro Max have more refresh rates available. The iPad Pro, in fact, can have a refresh rate of 120Hz, 60Hz, 40Hz, 30Hz and 24Hz. The iPhone 13 Pro, on the other hand, can also use 80Hz, 48Hz, 20Hz, 16Hz, 15Hz, 12Hz and 10Hz. So we just have to wait for developers to updates their apps and take full advantage of the new feature.