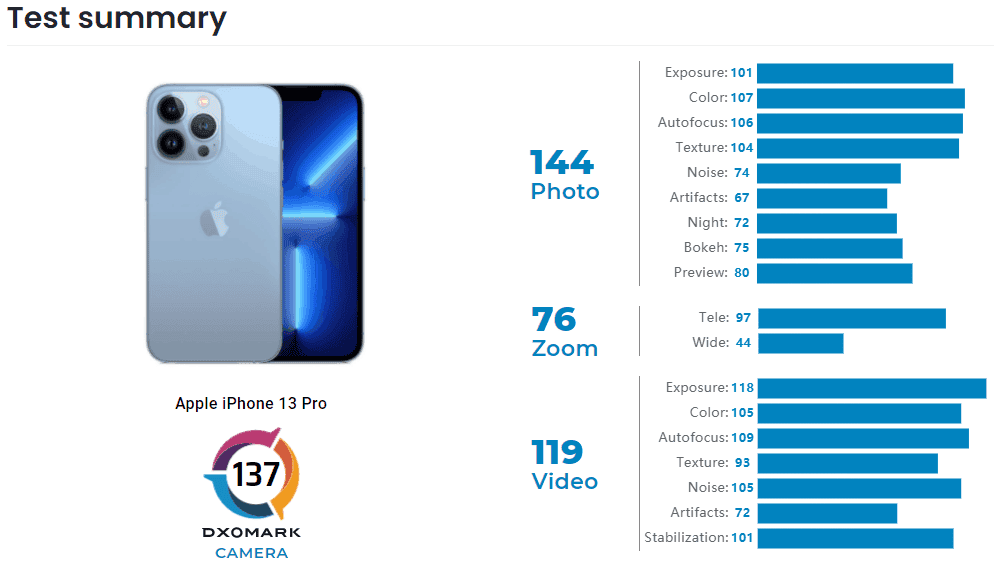 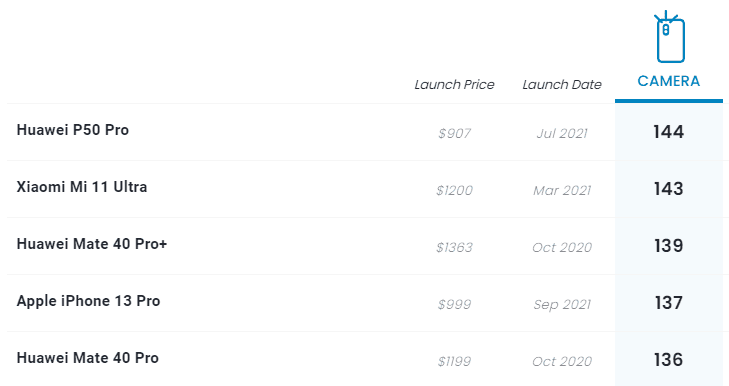 Although the iPhone 13 Pro ranks fourth, it remains one of the best cameras on DxOMark’s database. This flagship’s total score of 144 points for the photo ranking is excellent. Like all iPhones, the colour rendering is vivid, the skin tones are beautiful, the touch is slightly warmer, and the camera is usually very reliable. The overall photo performance is very similar to the iPhone 12 Pro but there are improvements in multiple ways.

The colour and contrast of backlit portraits have been improved, and the images show higher levels of detail, especially when shooting under typical indoor conditions. It seems that Apple’s camera engineers have managed to use the larger pixel pitch of the new sensor to improve detail retention. However, just like the iPhone 12 Pro, there is still brightness noise in most shooting situations.

The camera’s zoom score is 76 points. Although it is not the best, the performance is still better than that of the iPhone 12 Pro. Thanks to the longer 3x optical zoom, compared to 2.5x for the old model. Due to multiple improvements in key areas, an excellent video score of 119 puts the iPhone 13 Pro at the top of this sub-ranking. The very obvious tone mapping instability on iPhone 12 series models has been fixed, and exposure is now generally very stable. The autofocus performance is now better, thanks to sensitive tracking at the right moment and very smooth refocusing.

The iPhone 13 mini got a total score of 130 points. This mini model got 138 points for taking pictures, 55 points for zooming, and 117 points for video.