EA’s FIFA 22 (country-locked) is officially unlocked on the Steam platform. This unlocking includes the FIFA 22 regular version and FIFA 22 ultimate version (including 4600 FIFA points). At present, more than 700 players have given reviews for this game, and the player praise rate is 77%. The overall review for this game so far is massively positive. From the reviews so far, many players claim that the FIFA 22 continues the classic sports style of the series. Furthermore, the career mode has also been upgraded from the previous generation. However, some players have severely criticized “eFootball”. 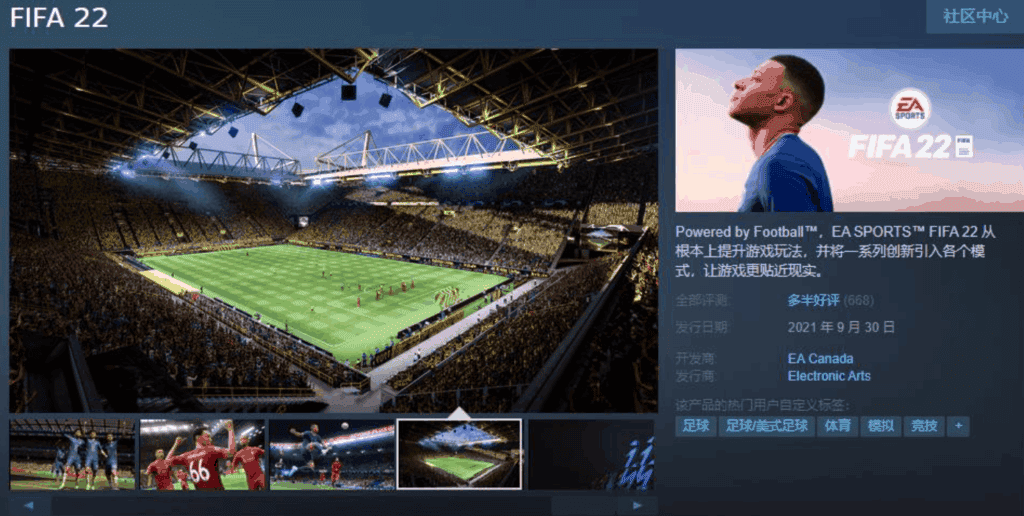 In terms of bad reviews, many players believe that this game has inherited the series’ characteristics as well as the series’ shortcomings – changing the game skin, poor balance, and so on. There are also players who think the optimization on the PC version is poor. Some of the content in the game has bugs, and the character modeling is “too fat”. However, the negative reviews for this game is insignificant relative to the positive reviews.

EA officially announced the top 22 players of “FIFA 22” last month. Among them, Messi still ranks first in this generation of FIFA games, followed by Lewandowski, and in third place is Cristiano Ronaldo. The only difference between the ranking of “FIFA 22” and the top three of “FIFA 21” is that Lewandowski and Ronaldo have exchanged positions. 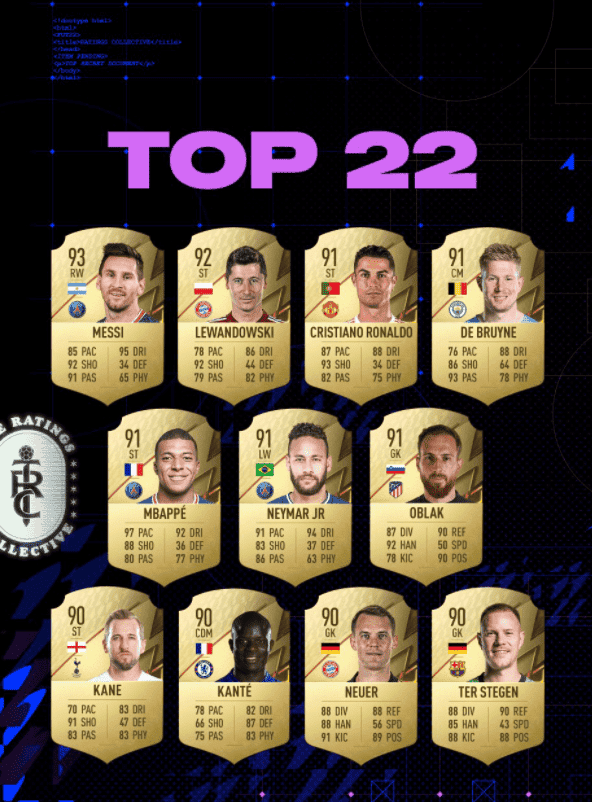 “FIFA 22” is now official and it’s available on PC, PS4, PS5, Xbox One, XSX/S, Stadia, and Switch platforms. The game is currently available on Steam. “FIFA” is a type of football video game, and you can also call it a “football simulator”. This series was officially licensed by FIFA (International Football Federation) at the end of 1993. “FIFA” can also use real league names, club names, player names, and portraits in the game.

EA said that the reason for this is to prevent some players from not having a high enough computer configuration to run the upgraded game well. The Switch version of this game is still the same as the previous generations. It is a legacy version, that is, only the player lineup, sponsors, jerseys, and other information are updated. This game is now available on PC, PS4, PS5, Xbox One, and XSX/S.