At the same time, realme UI 3.0 based on Android 12 will also be released globally on October 13. At present, realme UI has exceeded 100 million users worldwide, and in the past two years, realme UI has grown with young users worldwide, providing them with a smooth and fun system experience. realme UI 3.0 will still adhere to the product inspiration of seamless fun and will continue to improve on functionality, fluency, customizability, security and privacy that young users are concerned about. The entire UI will be refreshed and the experience will be upgraded compared to realme UI 2.0. 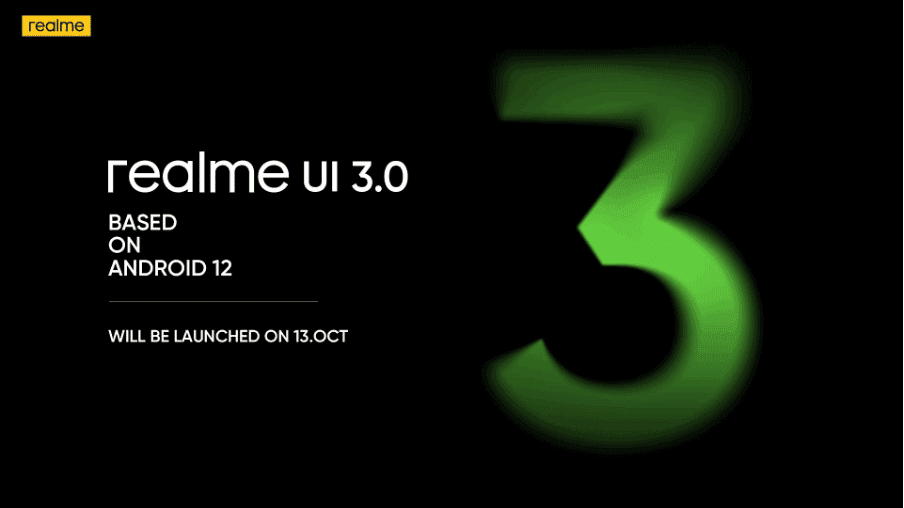 Apart from this news, at a recent press conference, the company highlighted that in the second quarter it entered the ranking of the 6 largest manufacturers in the world and became the fourth in China. Realme will not rest and plans to continue improving its position in the market; with a goal of selling at least 200 million units next year.

Sales of Realme smartphones grew 135.1% in the second quarter compared to the same period last year; according to consultancy Counterpoint Research, a record among the top six manufacturers in the world.

In August of this year, the founder and head of Realme Li Bingzhong reported that the manufacturer’s smartphone shipments exceeded 100 million units. He also expressed the hope that by the end of 2022 they will grow by another 100 million; and by 100 million in 2023.

In addition to smartphone manufacturing, Realme continues to grow in the IoT device niche. We know that the company’s goal is to achieve leadership in this segment in some key regional markets.

In June, the company announced its “1 + 5 + T” strategy; according to which the “core” of the business is the production of smartphones; and computers, tablets, TVs, smartwatches and wireless headphones will become the five main related products. All of this will be part of the TechLife, the so-called the ecosystem of the “Internet of Everything”.