Samsung Galaxy M22 could launch in India soon as the smartphone has received a dedicated support page on the Samsung India website. The listing hasn’t divulged any key details about the upcoming smartphone. However, it shows that the device has a model number SM-M225FV/DS. It had the same model number on Geekbench and FCC certification websites. The model number suggests that it will come with dual-SIM support. Aside from that, the phone getting a support page clearly implies that it is set to launch in India soon.

The Samsung Galaxy M22 support page on the Samsung India website was originally spotted by 91mobiles. According to the publication, the Galaxy M22 could boast similar specifications as the recently launched model. Samsung did not launch the aforesaid model in India. However, it is known that the phone sports a 90Hz sAMOLED display and packs a MediaTek Helio G80 under the hood. Furthermore, the model houses a 48MP quad-camera setup at the back. Also, it is backed by a 5000mAh battery.

The Galaxy M22 packs a powerful MediaTek G80 chipset under the hood. Also, the phone has a highly competent Mali-G52 MC2 GPU for graphics. It ships with 4GB of RAM and offers 128GB of onboard storage capacity. This built-in storage can be expanded using a microSD card. Moreover, the phone runs OneUI 3.1 custom skin-based Android 11 OS out of the box. The device’s dimensions are 159.9 x 7 x 8.4mm and it weighs just 186 grams. 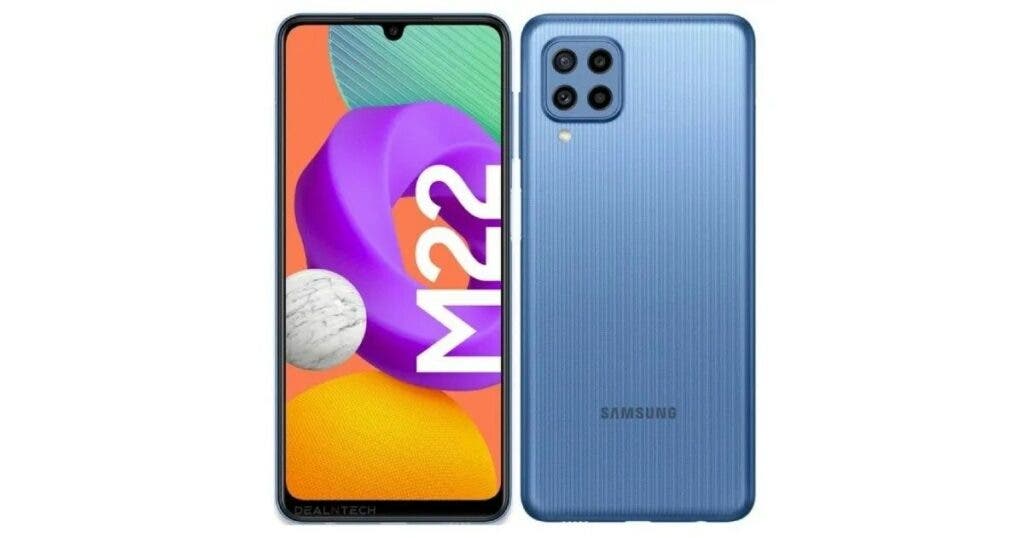 In the optics department, the Galaxy M22 houses a 13MP front shooter for selfies and video calling. The phone sports a 6.4-inch sAMOLED display with an HD+ (1,600 X 720 pixels) resolution, and 90Hz refresh rate. The screen features a waterdrop notch that accommodates the selfie camera. For connectivity, it offers a USB Type-C port, GPS, Bluetooth, dual-band Wi-Fi, and 4G LTE.

The phone comes with four rear-mounted cameras. This includes a 48MP main camera, an 8MP wide-angle lens (123-degrees FoV), a 2MP depth sensor, and a 2MP macro sensor. The fingerprint sensor is available on the side edge for easier access. The Galaxy M22 will be available in Blue, White, and Black color options. More details about the phone’s India price and specifications will be revealed soon.

Next Apple Watch Series 7 India Pricing Revealed by Flipkart, to Start From Rs 41,900