Samsung today announced a new phone under its Galaxy M series of devices since it has now listed the Samsung Galaxy M22 on its official website in Germany.

This listing fails to reveal the retail price of the device, but it offers information on the specifications and design-related features. According to this listing, the device will be available in three colour hues, Black, Light Blue and White. The device will make use of a square camera module to the rear with four different camera shooters. 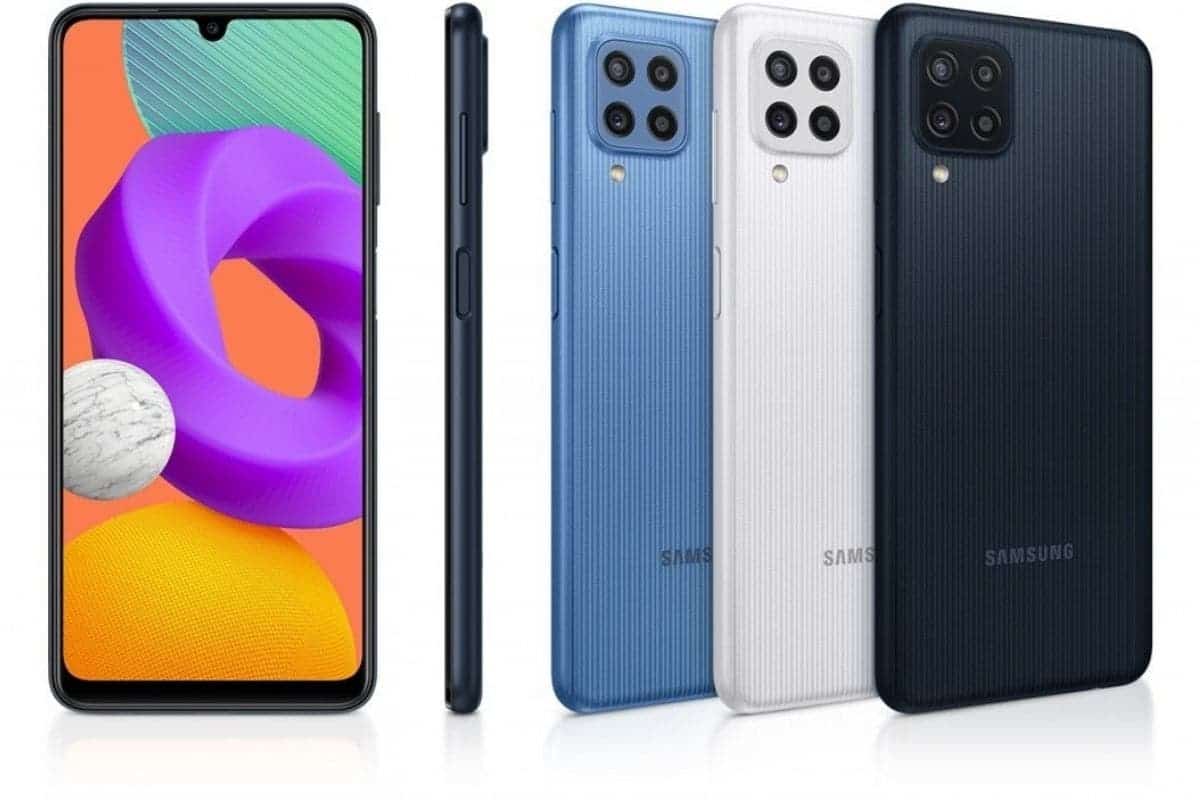 Coming to the specifications, the device sports a 6.4-inch HD+ Super AMOLED display with an Infinity-U style notch to the top. The device has a refresh rate of 90Hz, which somewhat makes up for the lower resolution of the panel.

Performance-wise, the listing reveals that the device draws power from an unspecified octa-core SoC with up to 4GB of RAM and 128GB of internal storage. A microSD card slot allows for expansion up to 1TB.

The Samsung Galaxy M22 has a 5000 mAh battery with 25W fast charging. Connectivity-wise, there is support for Bluetooth 5.0,  Wi-Fi 802.11 ac, NFC, USB Type-C port and a 3.5mm headphone jack. Security-wise there is a rear fingerprint sensor.

Earlier this year, a series of Galaxy M22 renders appeared on the web, revealing some key specifications. It was speculated at the time that Samsung plans to launch several smartphones, including the Galaxy M22, in 2021.

The much-awaited Galaxy M-series of smartphones have made multiple appearances online in the form of leaks. The lineup includes the Galaxy M22 smartphone that has been floating around the rumour mill for quite some time now.

Regrettably, the support page did not confirm the moniker or reveal the phone’s specifications, which is unfortunate since we could have known the SoC in use via this at the time.