Honor has been sold last year and has freed itself from the chains imposed by the US ban on Huawei. This year, the company launched a set of smartphones but the most notable ones are these in the Honor 50 lineup and Magic series lineup. The Honor 50 series is selling like hotcakes in China and has brought the brand to third place in the domestic market. Now, Honor wants to sail to international markets with hopes of becoming the new Huawei.

For those unaware, the Honor 50 is a premium mid-range smartphone with a Qualcomm Snapdragon 778G SoC. The device also has a 6.57-inch OLED panel with a 120 Hz refresh rate. The device has a 32 MP punch hole camera, and a 108 MP main camera on the back. It also has an 8 MP ultrawide snapper, a 2 MP macro module, and a 2 MP depth lens. The device will come with Android 11 and Magic UI straight out of the box. Unlike Huawei smartphones, the Honor 50 comes loaded with Google Services out of the box. The device has Wi-Fi 6 and Bluetooth 5. Moreover, it comes with a 4,300 mAh battery with 66W fast charging.

The device also has an in-screen fingerprint scanner and a flashy set of colorways. 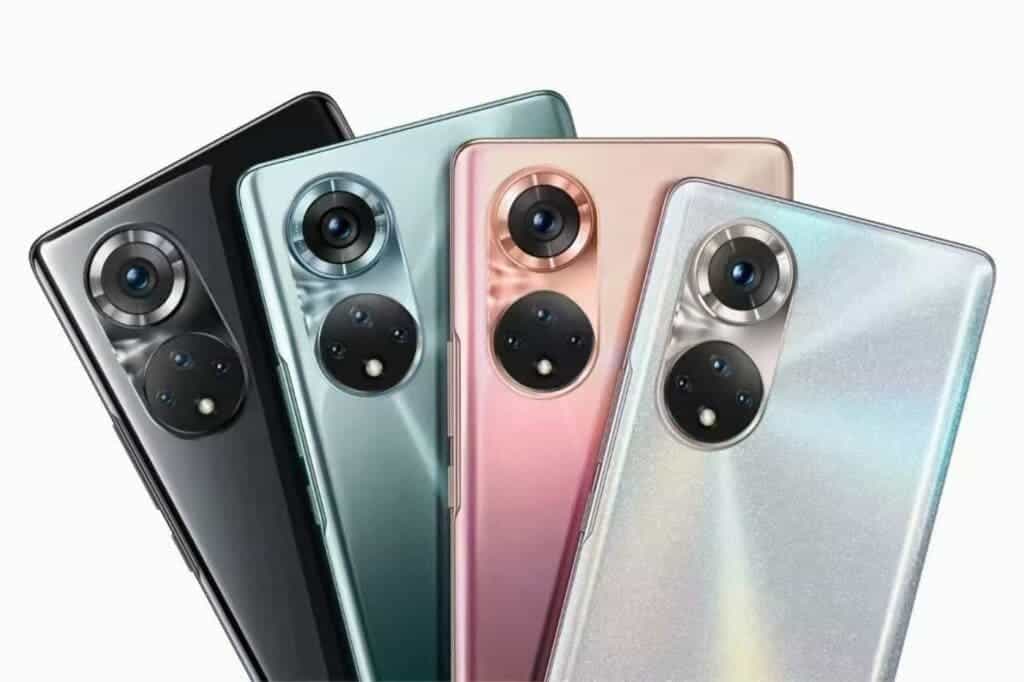 The Honor 50 Pro has the very same Snapdragon 778G SoC but starts with 8 GB of RAM and goes all the way up to 12 GB of RAM. The device also has a similar camera setup and also runs Magic UI with Google Play Services. One of the most notable differences in the smaller 4,000 mAh battery. However, it charges via the 100W fast-charging standard. For now, this variant is not coming to Europe. We assume it has to do with the fact that it’s just incrementally different from the vanilla.
Source/VIA :
GSMArena