Today, BlackShark officially announced that the Black Shark 4S / 4S Pro will arrive on October 13th. The theme of this launch event is “evolution and attack”. The Black Shark 4S series is a flagship series that comes with the Snapdragon 888+ processor. Furthermore, these smartphones will support a 144Hz refresh rate as well as 120W flash charging. In addition, the Black Shark 4S will use a screen of similar size to the current Black Shark 4 series. However, there will be no super-large screen version that everyone is looking forward to for playing games. 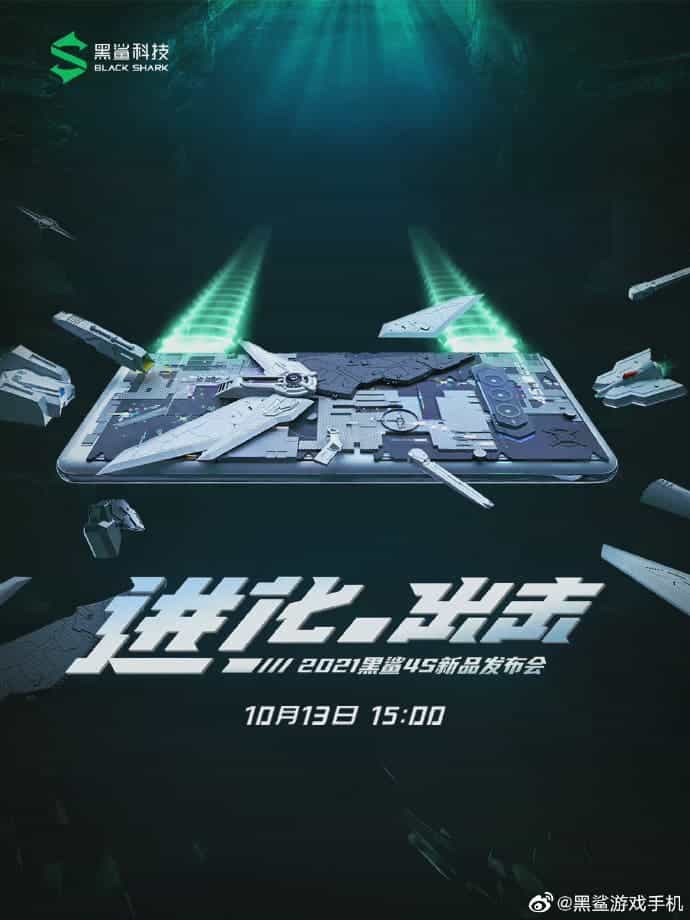 The news of the Black Shark 4S and Black Shark 4S Pro arrival is very good for the multiplayer online game MOBA (also known as King of Glory), which is popular in China. This game is available for iOS and Android devices. Like most popular mobile games, MOBA supports higher frame rates on some devices. The game’s support page has recently been updated to include more compatible devices that support higher frame rates. In particular, models such as Huawei Nova 9, Realme GT Neo 2, BlackShark 4S, and BlackShark 4S Pro have been added.

Earlier this year, Xiaomi launched the Black Shark 4 series of flagship gaming smartphones powered by the Snapdragon 888 mobile platform, with 144Hz displays, 120W charging, and 4500mAh batteries. According to a trusted insider, before the end of the year, the Chinese manufacturer will release a new generation gaming smartphone.

According to the Chinese informant, Digital Chat Station, known for his correct predictions, more like controlled information leaks; the novelty will be run the Snapdragon 888+ mobile platform. It is, for example, in use in the latest flagships Mi Mix 4 and Honor Magic 3 Pro.

According to an insider, the model has the codename KTUS-A0. The flagship chipset differs from the standard Snapdragon 888 in a higher frequency – it reaches 3 GHz. For comparison, the Snapdragon 888 has a frequency of 2.84 GHz. In addition, the informant points out that the new smartphone will somehow increase the performance of artificial intelligence by 20%.

Digital Chat Station notes that the new Black Shark variant will receive 100W charging. In fact, this means downgrade – the predecessor of the fourth generation supported 120 watts. However, fresh information shows that this series will support 120W actually. While other details about the new product are unknown; the manufacturer itself refrains from official statements and has not released official teasers. We expect that the model will receive minimal improvements; the current-generation Black Shark flagships already use the most powerful package for 2021.