The Oppo A54s smartphone’s awe-inspiring design, as well as key specifications, have surfaced online ahead of an official unveiling. The much-awaited Oppo A54s smartphone has been subject to several leaks lately. Moreover, the rumor mill has been churning out all sorts of speculations surrounding the upcoming smartphone for quite some time now. The Chinese smartphone manufacturer is on the verge of unveiling its new budget smartphone. 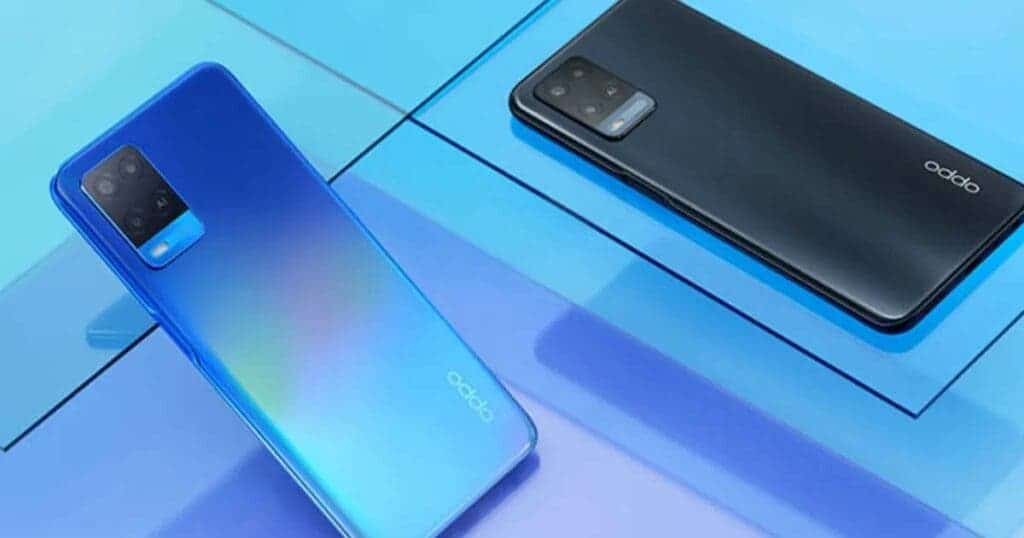 The device will be the latest entrant in the company’s well-received A-series. The Oppo A54s is slated to hit the store shelves in international markets in the coming days. However, the consumer electronics giant has refrained from sharing the phone’s launch timeframe, specifications, and other details. Pricing and a slew of other details of the smartphone have already been revealed. Now, more shreds of information about the upcoming phone have surfaced online.

On October 13, noted tipster Sudhanshu Ambhore has shared a tweet featuring some press renders of the A54s. Aside from that, the leaker shared the full specifications of the smartphone. While Oppo launched a 4G and 5G-ready variant for the A54, the company will be launching only a 4G model of the A54s. The phone will pack an entry-level octa-core MediaTek Helio G35 SoC under the hood. Earlier reports claim that the phone will be available in a single 4GB RAM+128GB storage configuration.

Furthermore, the phone will reportedly support 256GB expansion via a microSD card. The phone will come with a 6.5-inch display that offers HD+ resolution, a 60Hz refresh rate, and a pixel density of 296ppi. The A54s will probably feature a 50MP primary camera with f/1.8 aperture, a 2MP macro sensor with f/2.4, along a 2MP portrait camera. The phone has an 8MP front shooter for selfies and video calling. The phone draws its juices from a 5,000 mAh battery that supports 18W fast charging.

The A54s will run Android 11 out of the box with ColorOS 11 on top. For connectivity, it offers a 3.5mm headphone jack, USB Type-C port, NFC, Bluetooth 5, Wi-Fi 5, and dual nano-SIM. Moreover, the phone has an IPX4 rating for water resistance. The phone measures 8.4mm and weighs 190 grams. The Oppo A54s could retail in Europe between €200 to €250 (INR 17,300 to 21,600). It will be available in Crystal Black and Pearl Blue color options. The phone could go official in India later this year. More details are likely to be revealed ahead of the phone’s official launch.