Samsung is gearing up to introduce its Galaxy S22 series in January next year (presumably). However, the leaks are already popping out several months before the release. The new lineup will bring the usual three variants – Galaxy S22, S22+, and S22 Ultra. However, there will be big changes coming with the Ultra variant this year. The device usually offers the best hardware package in the company’s S series and this year won’t be an exception. However, there will also one some important changes in the design of the handset. It will come with an S Pen slot and a new design for its main camera setup. So far, this design is being called the “waterdrop” camera design. 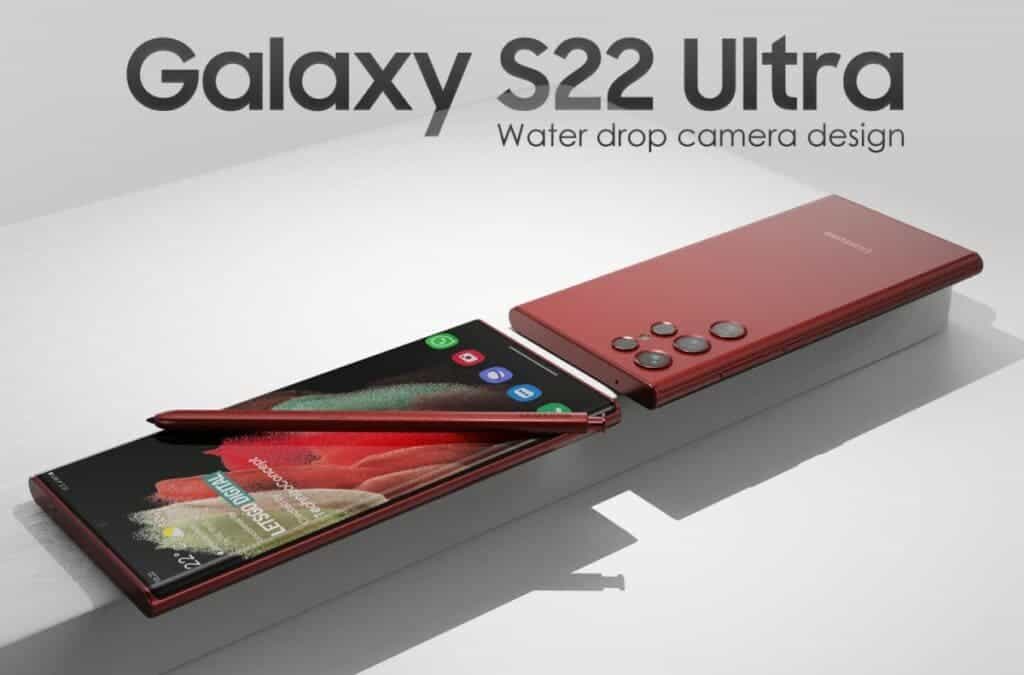 Previously leaked renders have pointed the handset with a “P-shaped” camera island. And we have to say that the look of it wasn’t very good in the end of the day. New renders emerged later suggesting that the device won’t have a camera island, instead, the modules will be “carved” into the back in the handset as they used to be in the old days of the smartphone market. Today, the Galaxy S22 Ultra design is being detailed by the talented folks at LetsGoDigital and Technizo Concept (via). These renders have been created based on information from Korean leakster Super Roader.

The new renders differentiate from the previous images thanks to the water drop camera design around the back. The old images came with a P-shaped cutout and a dual-camera island design. If you’re excited about the new images, then we also bring good news. There is a good chance that this is the design coming with the final product. After all, the tipster Ice Universe and Tron have confirmed the design language as accurate. Interestingly, IceUniverse had previously pointed to the P-shaped camera as inaccurate.

The new waterdrop design resembles the “raindrop” style that came with smartphones like the LG Velvet or the Samsung Galaxy A32. The big difference here is that we have two lines here. One with three sensors, and another one with two.

It’s an undeniable fact that Samsung is making the Galaxy S22 Ultra a spiritual successor for the Galaxy Note series. The device will have an S Pen slot which makes it a Galaxy Note smartphone. For that reason, previous rumors have been suggesting this device to hit the market as Galaxy Note 22 Ultra. However, LetsGoDigital confirms that won’t be the case and the device is part of the S22 series. 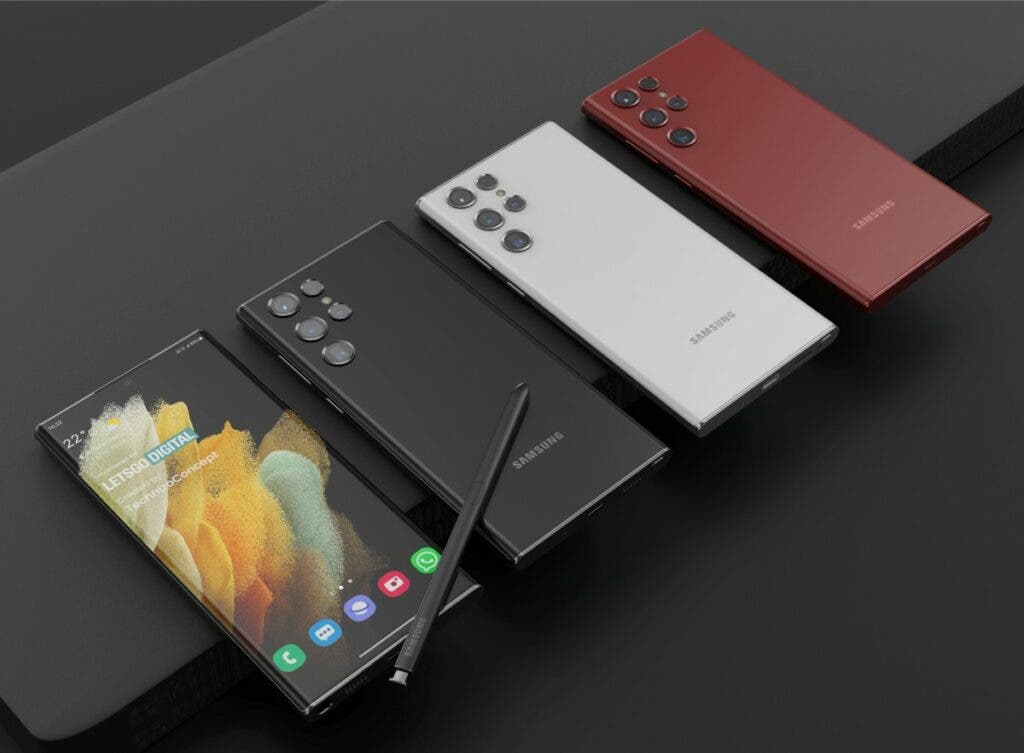 In addition to the new renders, tipster IceUniverse shared a snapshot that depicts the S22 Ultra will weigh in at 228 grams or just as much as the S21 Ultra. The new design reduces the weight of the camera and compensates for the increment brought by the S Pen.

The S22 Ultra will also be more “colorful” than its predecessors. The device is coming in the usual Black color, but will also get White and Burgundy Red colorways.