In August of this year, the South Korean tech giant released the much-anticipated Galaxy Z Flip 3. This is the second generation of Samsung’s flip-style folding screen smartphone. Moreover, we are talking about one of the most powerful foldable handsets on the globe. It came with a starting price tag of $1,000. Thus, the Flip 2 was available at a much lower price than most of its rivals. Today, our protagonist has got a huge price cut and has become even more competitive. Now, you can grab it for only $849.99 from Amazon’s online store. This is a direct $150 price cut, which is the lowest in the phone’s history.

If you still doubt whether a folding screen smartphone deserves the aforementioned price, below are the biggest selling points of the Galaxy Z Flip 3. The latter sports a Snapdragon 888 chipset, 8GB RAM, and 128 or 256GB storage. By the way, the price we are talking about refers to the low 128GB variant. Other than that, the phone supports 15W wired charging and 10W wireless charging. So the battery with a 3,300mAh capacity will get fuel quickly. There is also a dual rear camera. 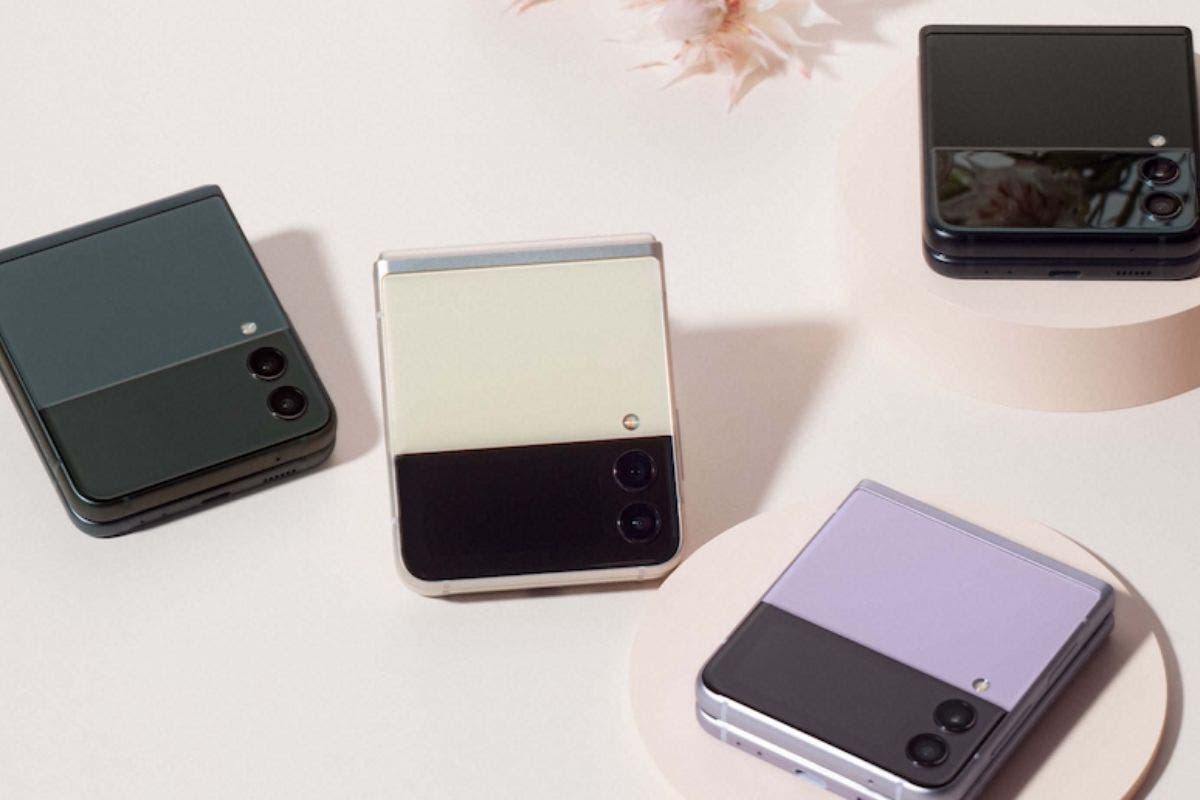 However, the main selling point of the phone is the 6.7-inch AMOLED screen. It can fold in half when the device is shut. The main screen supports 2640 x 1080 pixels (FHD +) resolution and refreshes rates up to 120 Hz. The screen is protected from mechanical damage by a special Corning Gorilla Victus. That’s not difficult to guess that there is a secondary screen as well. It has a 1.9-inch size. The latter displays notifications, calls, and other information without opening the phone. This display has a way lower resolution. The front shooter has a 10MP resolution, while the camera module on the back uses two 12MP lenses.

In comparison to the first generation, the manufacturer has improved the secondary screen. Plus, it has put a lot of effort to make the appearance better. However, we should point out that it has shorter battery life. The reason is that the battery is split across both halves of the phone. We also don’t like the camera, which is weaker than that of the Galaxy Note20 Ultra.

Anyway, we are dealing with an outstanding smartphone that is also promised to have 4 years of security updates and three years of OS updates. This simply means that you wouldn’t have to buy new folding screen smartphones every year.

Previous China's 5G base stations have exceeded one million