Yesterday, we saw a couple of official reports regarding the design of the upcoming Redmi Note 11 series. Today, there have several reports regarding the display of this device. The company will officially release this smartphone on October 28th in China. This device will be the first Redmi Note smartphone to come with an AMOLED display. However, not everyone is pleased that Redmi will use an AMOLED display on this device. As a result, Redmi’s general manager, Lu Weibing took to his Weibo handle to recommend an alternative device for those who do not like the AMOLED screen. He recommends that they get the Redmi Note 10 Pro which is also a pretty decent device. 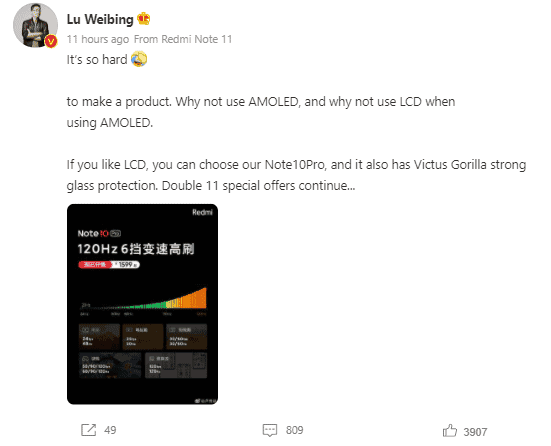 According to Lu Weibing, the development of a smartphone is “hard”. Irrespective of the solution you use, there will be a group of people who think you could have done better. He won’t on his Weibo handle “It’s so hard to make a product. Why not use AMOLED, and why not use LCD when using AMOLED. If you like LCD, you can choose our Note10Pro, and it also has Victus Gorilla strong glass protection. Double 11 special offers continue…” 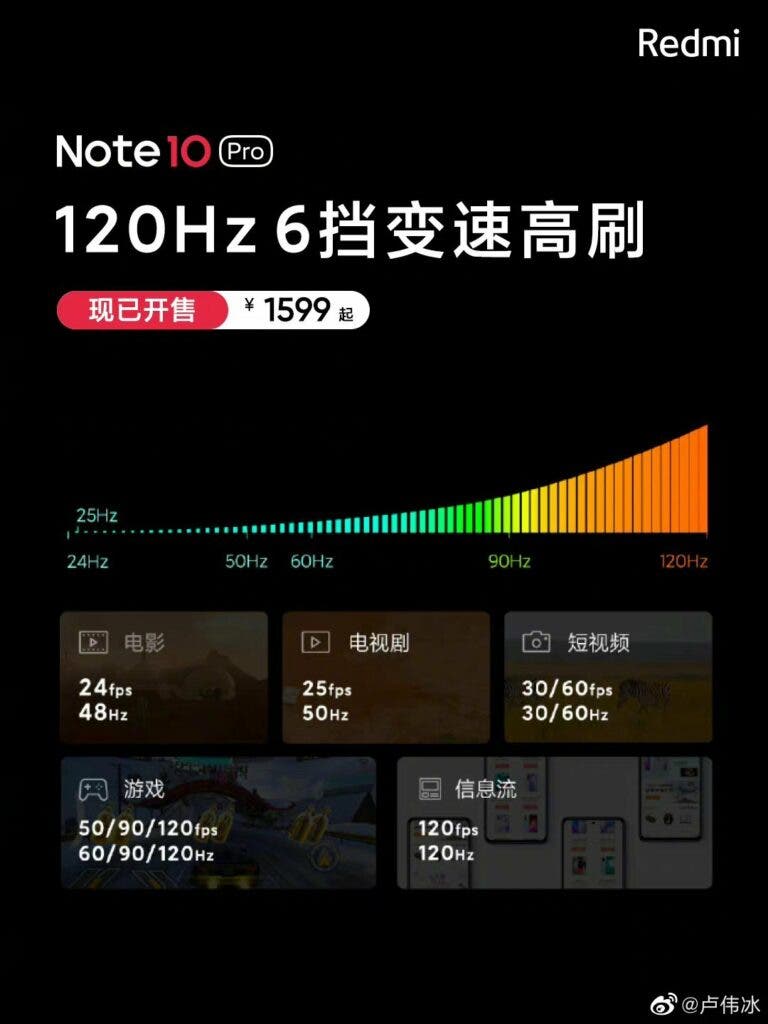 The previous Redmi Note 10 series uses an LCD full screen while the Redmi Note 11 series will use an AMOLED display. According to Redmi, the aperture of the Redmi Note 11 series punch-hole screen is less than 3mm, which is officially called a “pinhole screen”. The aperture is second only to the Redmi K40 series flagship and has outstanding performance in the same gear. Not only that, the high-end version of this series will support a 120W ultra-fast flash charging. This charging specification is comparable to Xiaomi’s high-end flagship, Mi MIX 4.