A couple of days ago, Vivo has revealed the Android 12 beta update rollout for its smartphones. The beta program will start next month and will cover devices until April 2022. That means that stable releases will come in the meantime for the first who got the beta, but some of them will have to wait until the mid of 2022 to get stable Android 12 with FuntouchOS 12. Now, it’s time for Vivo’s hardware-focused sub-brand iQOO to disclose its beta update schedule with Android 12. 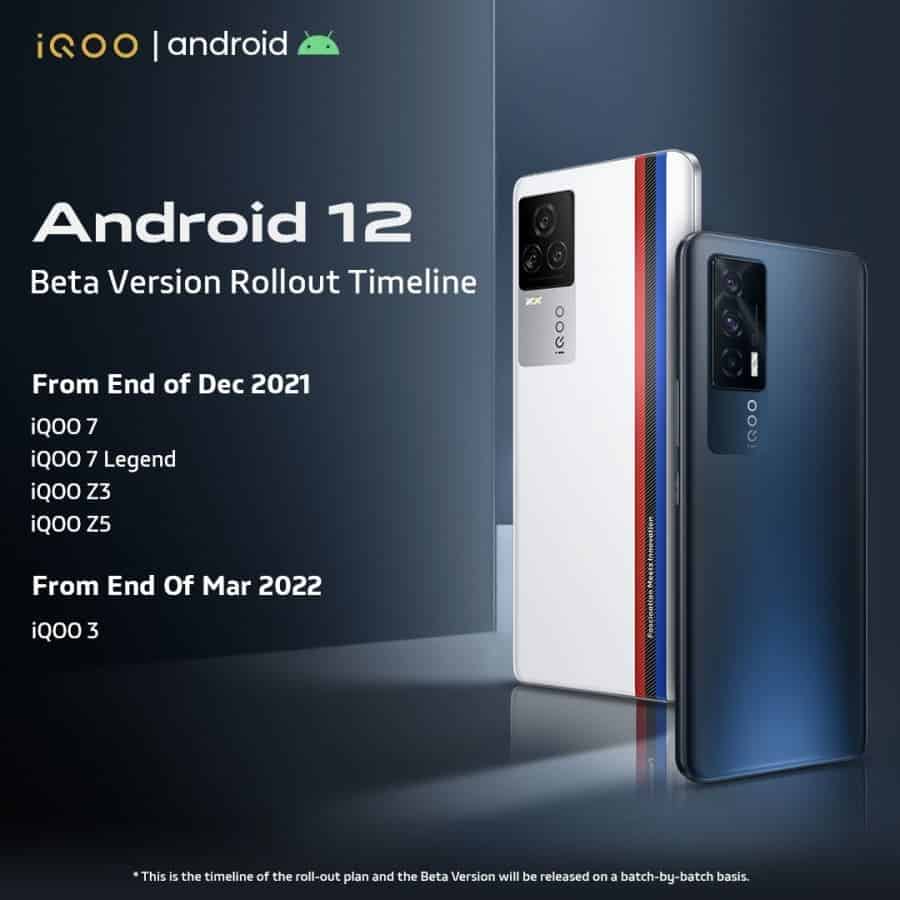 The iQOO 8 will eventually come for the global markets, but that should only happen by the end of the year. There is a chance that it will arrive running Android 12 and iQOO UI 2.0 straight out of the box. Of course, this is something that only time can confirm. The update program will start in December and will go all the way until the end of March of 2022. The 3 is only of the last devices getting an Android 12 update.

The update covers most of the brand’s smartphones, but some of them are absent like the Neo 3. We’ll have to wait and see if it will join the list of Android 12 smartphones, eventually. There are other smartphones that may also be added to the list after this first batch of handsets receive Android 12. In the end, some of these handsets may have to wait until the end of 2022 to taste Android 12. Unfortunately, that is still one of the Vivo weak points, it takes too much time to bring updates for its smartphones.

Earlier this week, the company introduced the Z5x in China. This handset may eventually hit the global markets as well, but details about its possible Android 12 upgrade will need to be disclosed later. We’ll keep an eye in the iQOO China social media handles to see if there is news about the Android 12 upgrade plans.

Previous Sony Xperia 10 III no longer ships with a charger, but there's a $10 compensation