Samsung has been doing a decent job with its most recent smartphones. The company nowadays offers much better treatment for its users in terms of software updates than it did in the days of Touchwiz. That means rolling out new Android versions for its smartphones and also security patch updates. This month, the company has been rolling out an October security patch for several of its smartphones. The latest devices to get the latest security patches are the Samsung Galaxy A31 And Galaxy A52. These devices are getting the latest update in various regions.

The new firmware update brings fixes for over 60 vulnerabilities related to system security and privacy. In turn, it improves the system security of the aforementioned smartphones.

Samsung Galaxy A31 and A51 are running the latest security patch

As per a report from SamMobile, the October 2021 update is rolling out for the Samsung Galaxy A31 and carries version A315GDXS1CUJ4. It is reportedly reaching these devices in multiple regions. The list includes Argentina, Brazil, Chile, Colombia, Guatemala, Dominican Republic, Ecuador, Mexico, Panama, Paraguay, Peru, and Uruguay.

The Samsung Galaxy A51, on the other hand, is getting the new OTA update in various Asian markets. The list includes India, Nepal, Russia, and Sri Lanka. This update carries firmware version A515FXXU5EUJ2. As per the changelog, the update promises some stability improvements and some general bug fixing. 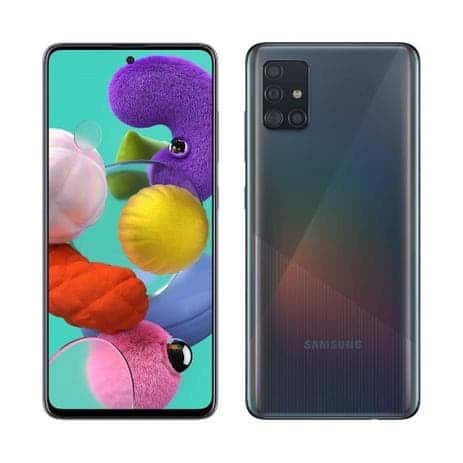 The Samsung Galaxy A31 and A51 are getting updates in these specification regions. However, the update should be reaching them in a gradual manner. As a result, it may take a couple of days to reach all eligible devices. You can try your luck by heading to Settings >> Software Update menu.

To recall, the duo of mid-range smartphones was released in 2020 with Android 10 and One UI 2.0 on top. This year, both devices received a major OS upgrade in the form of Android 11 and One UI 3.1 skin. We assume that both of them, or at least the Galaxy A51 will get an update to the Android 12-based One UI 4.0. The Galaxy A51 is almost certain to receive it, as Samsung is giving special treatment to it due to its huge success across the world. However, those who want Android 12 should not hold their breath for the update. It probably will take several months to reach these devices. After all, the company has just started the beta program and the flagships will be the first served with this update.