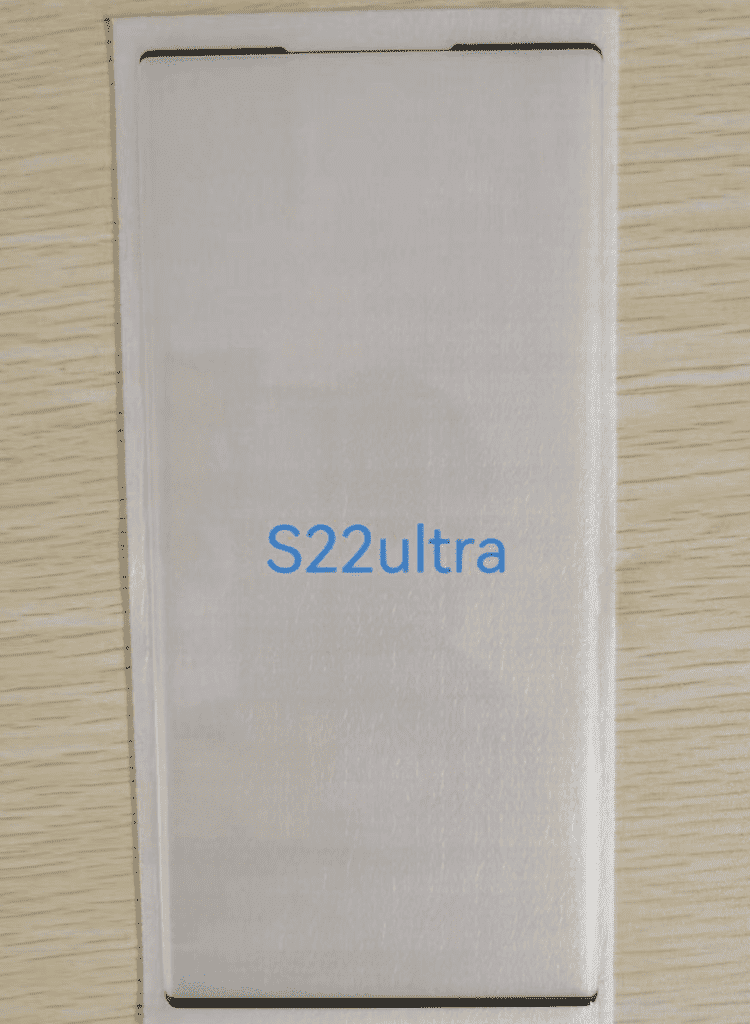 From the leak, we can see that the curve screen is a bit steeper and the arc feels similar to the Note20 Ultra. It also reveals that the Samsung Galaxy S22 Ultra will come with a very narrow frame, without using a large curvature exaggeration design. In addition, the chin size control is also relatively good. According to the leakster, the Samsung Galaxy S22 Ultra rear lens will have the same specifications as the S21 Ultra, but the sensor will be different.

As for performance, previous reports expose the Samsung Galaxy S22’s running score information. From the running score, this series will use Qualcomm’s next-generation flagship chip, the Snapdragon 898. This chip comes with a maximum clock speed of 3.09GHz and it should be a standard for the entire series.

Qualcomm Snapdragon 898 will be built on Samsung’s 4nm process and equipped with a three-cluster CPU design. The CPU specifications are: 1 x 3.0GHz Cortex X2 super large core + 3 x 2.5GHz Cortex A78 large core + 4 x 1.79GHz Cortex A55 small core. In addition, it is reported that the Samsung Galaxy S22 series will also launch an Exynos version. This version will use the Exynos 2200 processor which integrates an AMD GPU.

The battery should be 5000mAh and promise 45W fast charging. Unlike Chinese companies, Samsung prefers not to ramp up fast-charging power. There is no need to wait for a charging adapter in the bundle, the company continues to bend the policy of a cut-down bundle for its flagship devices.

Next Redmi Note 11 series to retain the 3.5mm headphone jack