After the sale, Honor breathed a sigh of relief and moved into the post-sanctioned world. The company also remembered the experience of creating phablets, it is preparing for the announcement of the Honor X30 Max. Today the manufacturer has decided to inform a wide audience when it intends to present the new product.

The announcement of the Honor X30 Max is set for October 28th. On the same day, the premiere of the Redmi Note 11 will take place. Together with the Honor X30 Max, the affordable Honor X30i will be shown, which will receive a case with flat edges in the manner of the latest iPhones.

The fingerprint scanner was sent to the side of the Honor X30 Max, they will offer a couple of stereo speakers, NFC and a triple rear camera with 64MP + 2MP sensors was installed on the back. 8GB of RAM will be offered and 128/256 GB of storage memory. The dimensions of the case will be 174.37×84.91×8.3 mm. 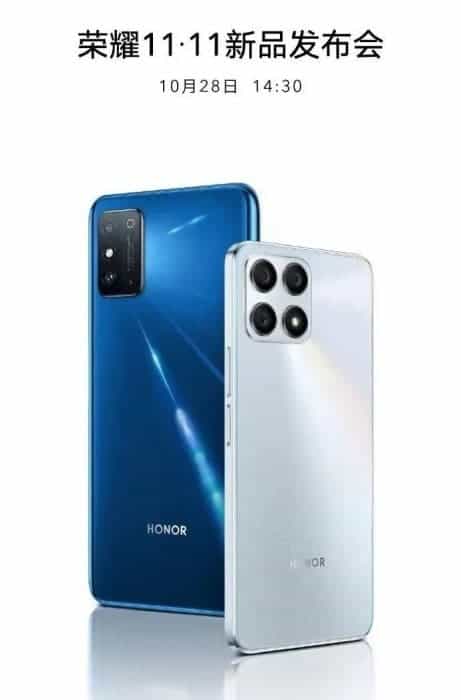 The Honor brand, we recall, was forced to secede from the telecommunications giant Huawei; due to tough sanctions from the United States. Since then, the Honor brand has stepped up its research and development activities; and announced a number of products that have gained popularity among consumers.

Next Redmi Note 11 Pro showed its power in the benchmark