Choosing a new smartphone is a ‘serious’ business for students. On the one hand, they have high requirements for the new smartphone. But on the other hand, they do not want to spend too much on it … because there are too many things they can spend on it. Anyway, for any optimal decision, they need alternatives. That’s why we have decided to collect all the latest smartphones in the market in one place. The list below ought to help you choose the best variant.

Best Budget Smartphones In The Market

As for appearance, the phone features a 6.3-inch LCD screen with an HD+ resolution on the front. It is limited to a 60Hz refresh rate. The waterdrop notch hosts an 8MP selfie camera. On the opposite side, there is a dual-camera that consists of a 13MP main shooter and a 2MP depth sensor. 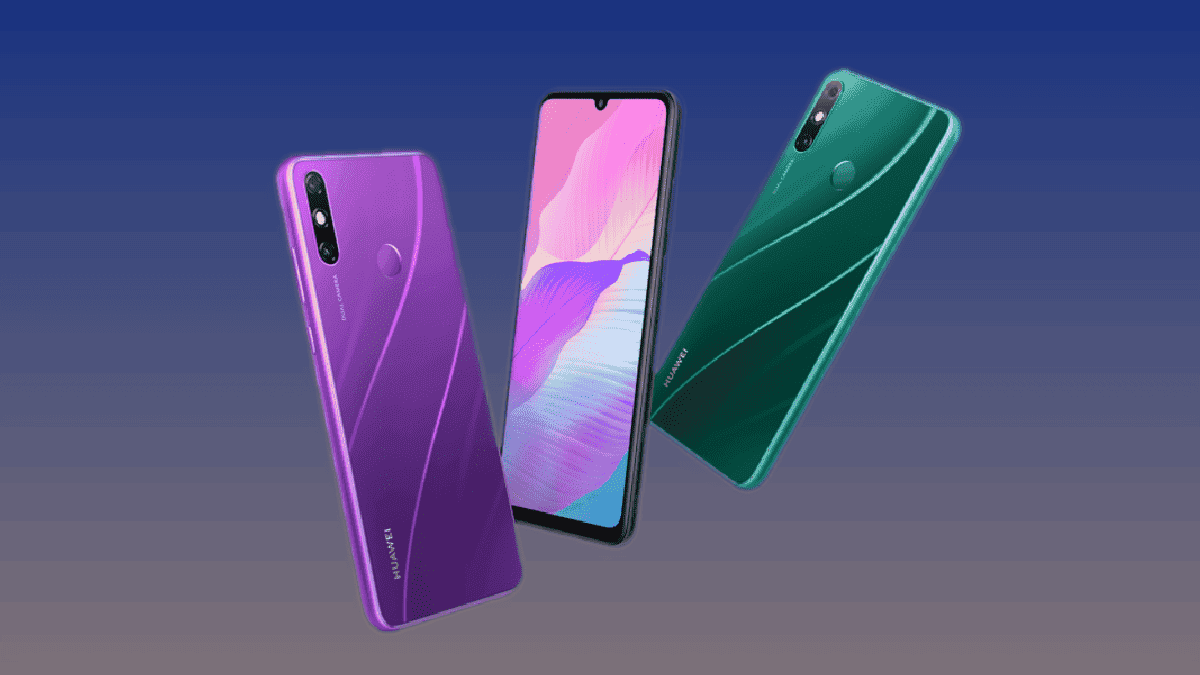 The smartphone draws its powers from a 5,000mAh battery. Moreover, the latter supports reverse charging. So you can use it to charge your accessory or even a secondary device.

The starting price of the series is $150.

We guess the Nokia X100 is one of the most budget-friendly smartphones in the market. Though the 6GB + 128GB variant costs $250 and this could be considered a bit more than other models in this category, there are a few selling points that will make you wow.

First, the phone features a large 6.67-inch FHD+ display with a layer of Corning Gorilla Glass 3 on top. The display has an aspect ratio of 20:9 with a regular 60Hz refresh rate. 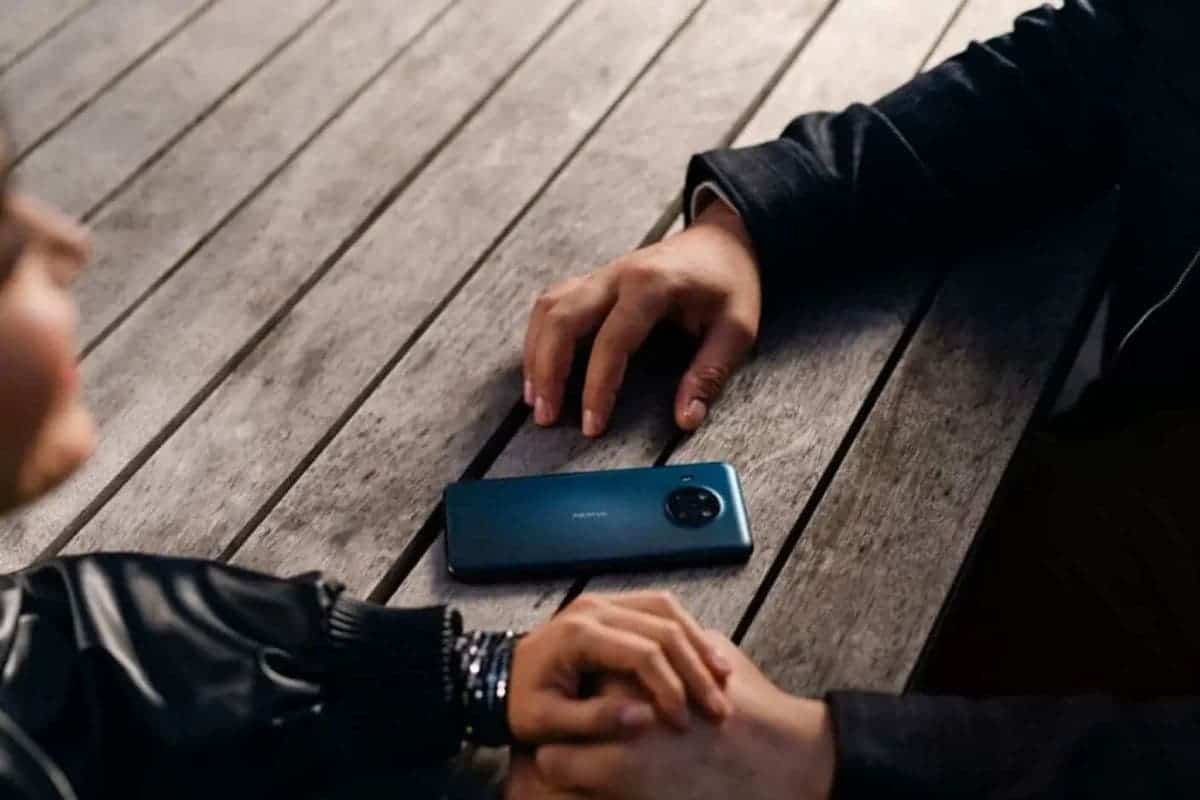 On the back, we can find a quad-camera sporting a primary 48MP shooter. Apart from this, there are 5MP ultra-wide and two 2MP sensors. The front-facing camera has a 16MP resolution.

Under the hood, it carries the Snapdragon 480 5G SoC from Qualcomm. This is much better than the Helio chips on many other rivals. The device also boots Android 11 out of the box. Inside, we can also find a 4,500mAh battery with support for relatively fast 18W charging.

This is quite an interesting model. But the chip inside the body causes some doubts. We are talking about the Unisoc T700 SoC. It comes with two ARM Cortex-A75 cores clocked at up to 1.8 GHz plus six ARM Cortex-A55 cores clocked at the very same 1.8 GHz frequency. This chip also boasts a Mali-G52 GPU with two cores. The chip is good itself, but the memory configuration is weak – 2GB + 32GB. Also, it runs Android 11 Go.

The rest of the features include a 6.5-inch IPS screen with an HD+ resolution. But the device offers a 90 Hz refresh rate unlike the other two. In the center-aligned punch-hole, we can find an 8MP sensor. On the back, the phone carries a 48 MP resolution triple-camera.

The phone draws its powers from a 5,000mAh battery. As Motorola claims, it provides “more than 40 hours” of battery life. Unfortunately, the device does not stand in the charging department, as it only offers slow charging of 10W.

Motorola’s early listings in Europe suggest a price of just €100.

Best Mid-Range Smartphones In The Market

The VIVO Y50t comes with a monster-size 6.58-inch IPS LCD panel that delivers an impressive Full HD+ resolution. Also, it boasts a screen-to-body ratio of 90.72 percent. The selfie shooter has an 8MP resolution. But the rear-mounted camera module houses three cameras – a 48MP main camera, a 2MP depth sensor, and a 2MP macro camera. 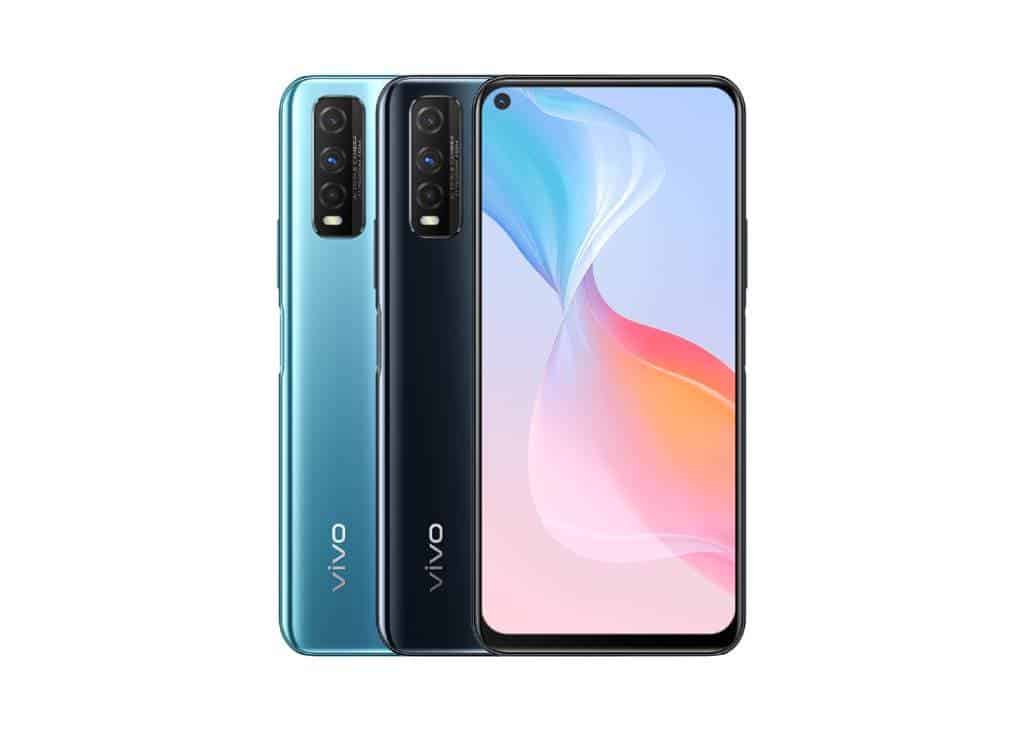 Inside, the phone carries a powerful Snapdragon 720G chipset, which is powered by 8GB of RAM and 128GB of storage. Furthermore, the phone draws its juices from a 4,500mAh battery that supports 18W charging via a micro-USB port. It runs Android 10 OS with OriginOS 1.0 on top.

POCO phones are considered to be among the best price-over-performance smartphones in the market. The Poco M4 Pro is no exception. The handset comes with a 6.6-inch FullHD+ resolution IPS screen. The latter also has a refresh rate of 90Hz and a touch sampling rate of 240 Hz.

Under the hood, we can find a Dimensity 810 chip. It uses a 6nm process node. The processor received a couple of Cortex-A76 cores with a peak frequency of 2.4 GHz and a sextet of Cortex-A55 cores operating at a frequency of 2.0 GHz. It also integrates the ARM Mali-G57 MC2 video accelerator. 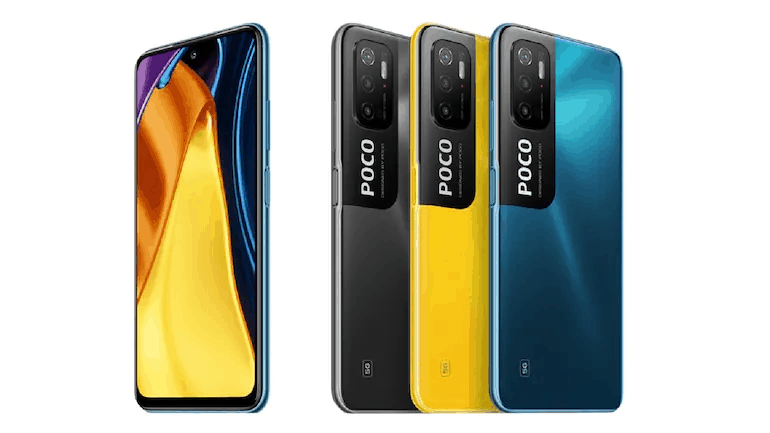 The battery capacity is 5000mAh and it supports 33W fast charging. A full refuel should take 59 minutes, and a 10-minute charge is enough for two hours of streaming video. The device runs the Android 11 operating system with the MIUI 12.5 shell.

The POCO M4 Pro 5G comes with three cameras. The 16MP is placed on the front, while the 50MP + 8MP module is on the rear.

The OPPO A95 has a 6.43-inch AMOLED display with a Full HD+ resolution. Though it is an AMOLED screen, the refresh rate is limited to 60Hz only. On the front, there is also a 16MP selfie camera. On the opposite side, the phone has a triple-camera shooter. The primary sensor has a 48MP resolution. There are two 2MP modules for macro and depth sensing. 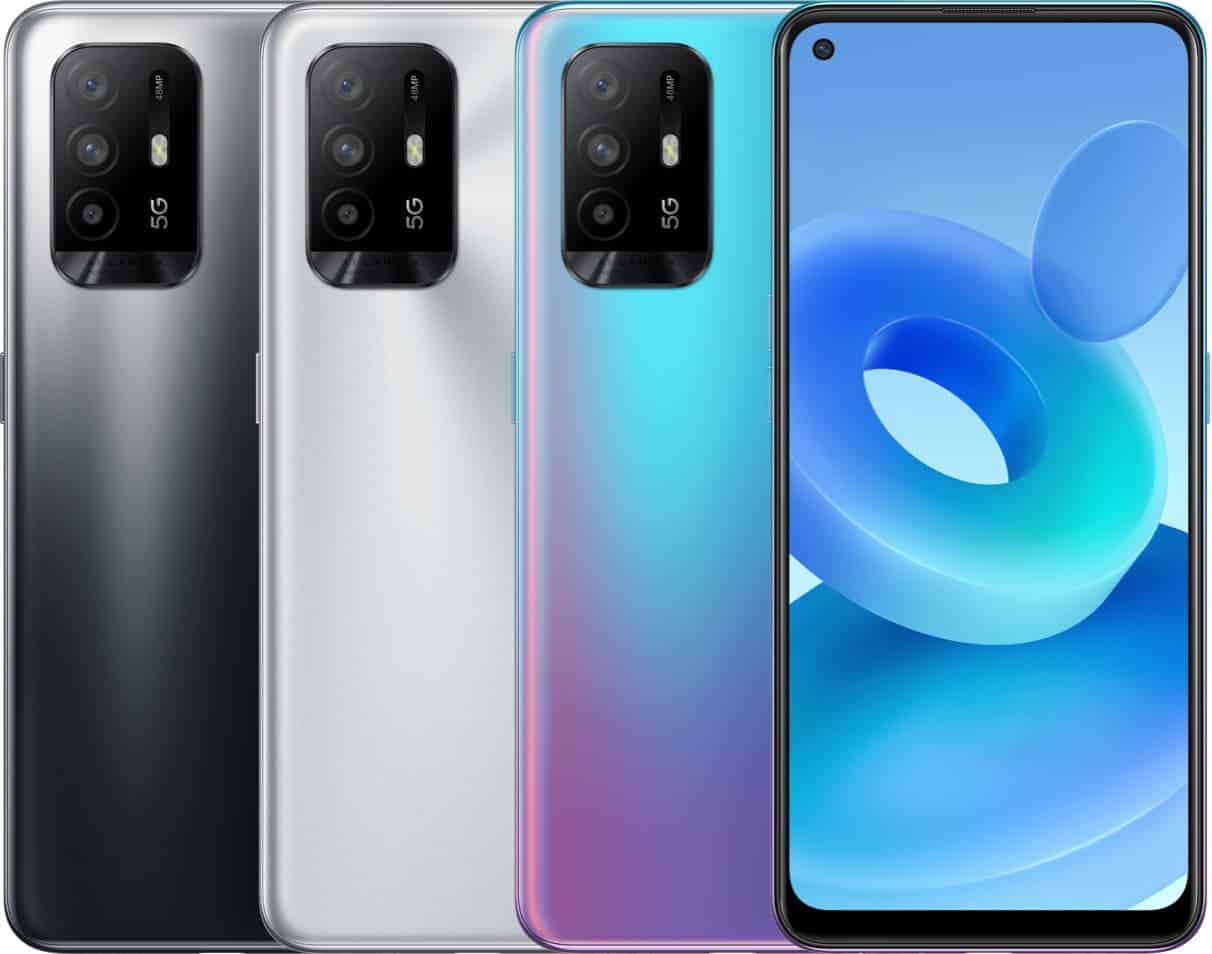 The phone’s chip is the Snapdragon 662. Though it is an outdated 4G SoC, there is still power in the tank. Oppo offers 8GB of RAM with 128GB of native storage. So multitasking won’t be an issue even if the Snapdragon 662 limits what you can do with this handset.

Anyway, one of the selling points of this device is the 5,000mAh battery with a 33W fast charging.

Best Top-Notch Smartphones In The Market

The Realme GT Neo 2T features a 6.43-inch AMOLED display with a resolution of 2400 x 1080 pixels and a refresh rate of 120Hz. At the same time, the sensor response rate is 360Hz. The screen itself accounts for 91.7% of the front panel and its peak brightness is 1000nits. As you see, the screen is one of the selling points of the device. 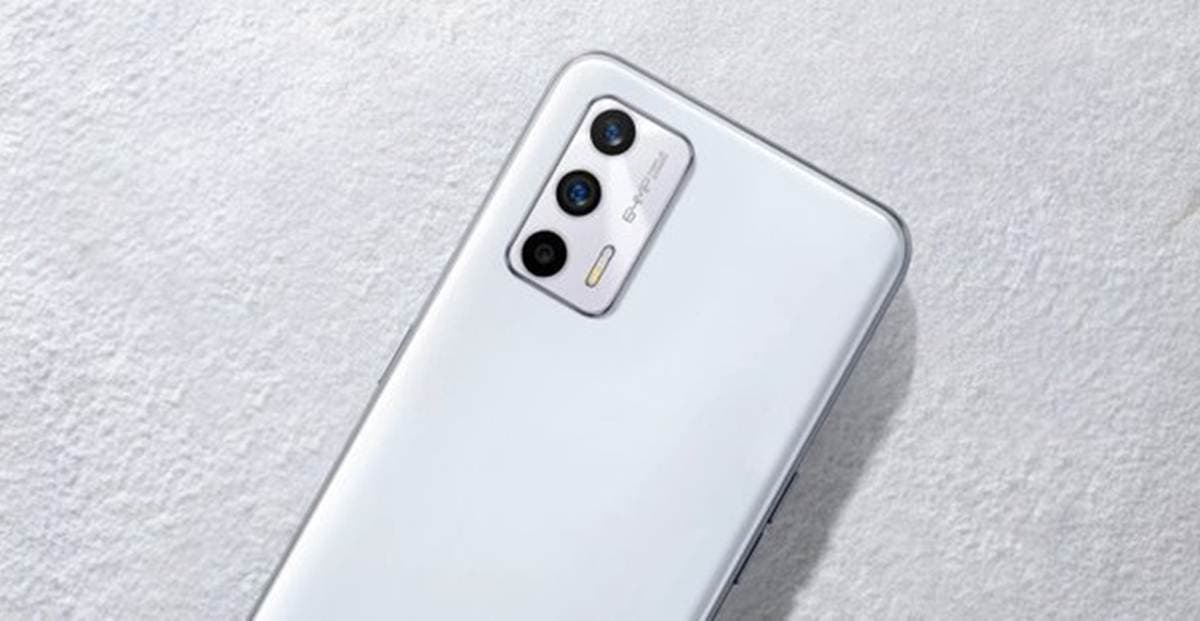 For selfies, the phone has a 16MP snapper. On the rear, it carries image sensors of 64MP, 8MP (ultra-wide), and 2MP (macro) lenses.

There is a couple of stereo speakers with Dolby Atmos support. The smartphone is running Android 11 with the proprietary shell Realme UI 2.0. The 4500mAh battery also supports 65W fast charging.

On the front, the phone has a 6.67-inch Samsung AMOLED screen. The latter supports a 120Hz screen refresh rate and a 360Hz touch sampling rate. The small 2.96mm punch-hole hosts a selfie shooter. The display of these smartphones uses an ultra-thin 1.75mm bezel.

One of the selling points of this device is the support for 120W fast charging. The 4500mAh battery can charge up to 100% in just 15 minutes. It uses MTW multi-electrode dual battery cells and a high-efficiency dual charge pump. 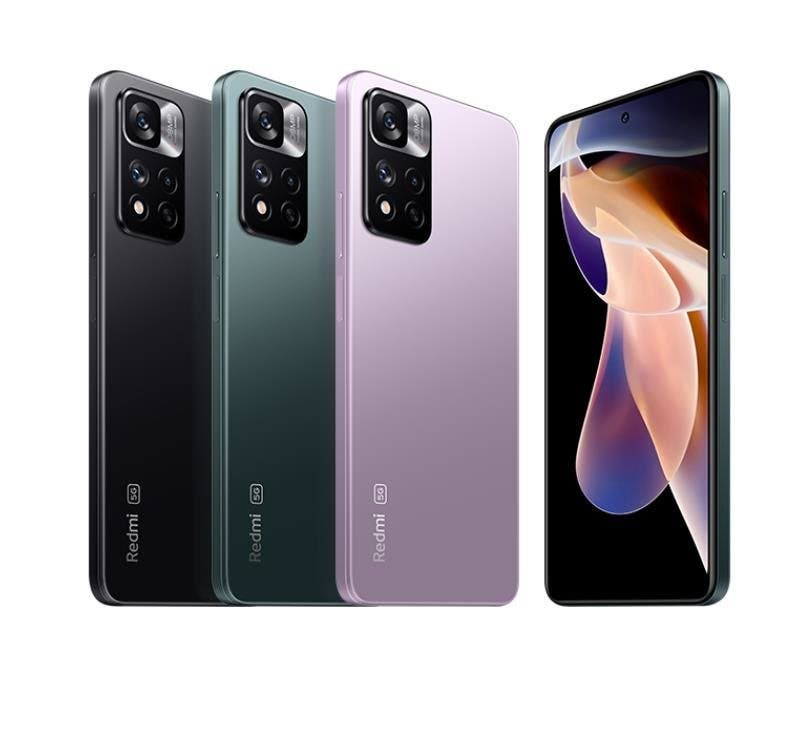 Also, it has a VC liquid cooling material that covers 100% of the 120W charging heat source. There is a TÜV Rheinland certification for safe fast charging. By the way, the 120W charger is included in the box.

Under the hood, the phone carries the world’s first Dimensity 920 chip. It uses a 6nm processor with an A78 large core. The latter improves the game performance by 9%. It also supports WiFi 6, Bluetooth 5.2, and retains the 3.5mm headphone jack. Furthermore, this series supports NFC and X-axis linear motors.

The main camera on the back has a 108MP resolution.

The starting price is $297, which is quite cheap for a model with such specifications.

Honor is back. And it launches outstanding models one after another. That’s why many of its handsets can be considered as the best smartphones in the market. The Honor X30 Max is the best proof.

The phone comes with a massive 7.09-inch display, blurring the lines between a smartphone and a tablet. The TFT LCD display has a resolution of FHD+. The rest of the screen parameters include a 100% DCI-P4 color gamut and a 90% screen-t0-body ratio. Honor says the display has a peak brightness of 780 nits and supports HDR10. 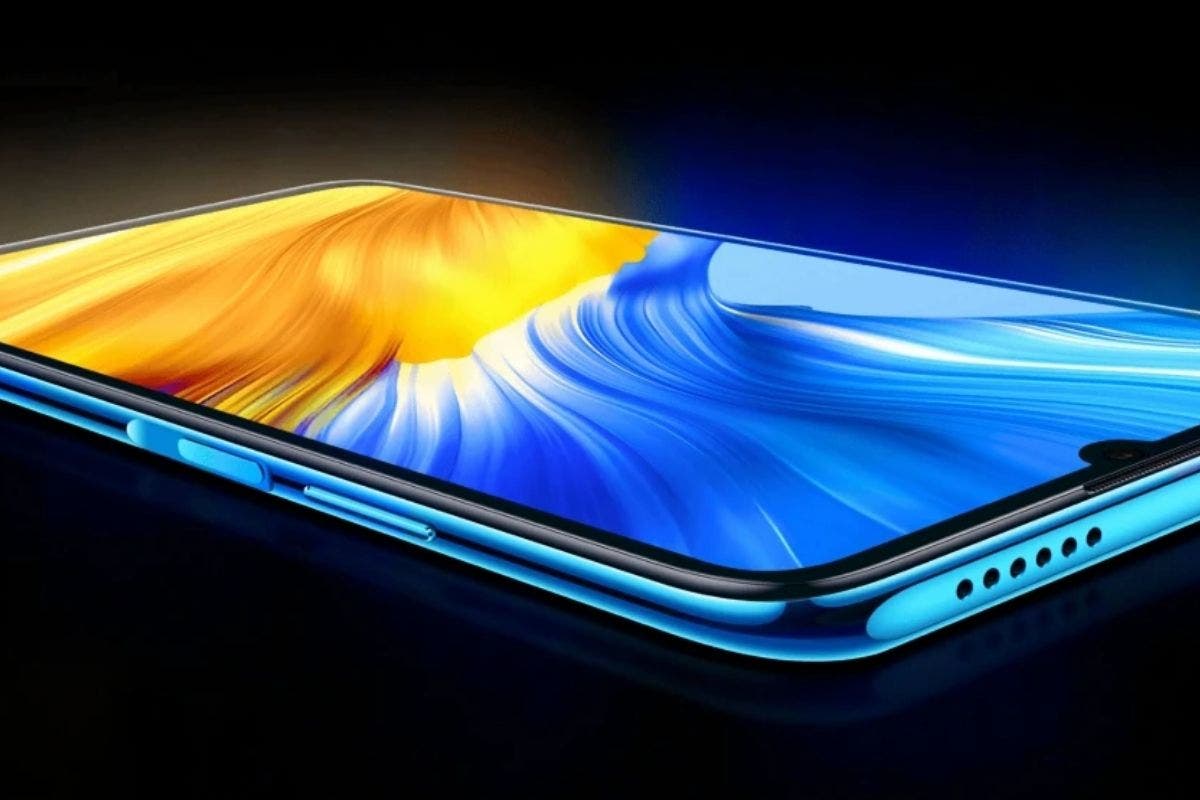 Under the hood, it carries MediaTek’s Dimensity 900 SoC with up to 8GB of RAM and 256GB of internal storage. The processor is not impressive, but the 5000mAh battery with support for 22.5W fast charging is what we need. The device boots Magic UI 5.0 on top of Android 11 out of the box.

The rear camera has two sensors of 64MP and 2MP resolutions. The front-mounted camera has an 8MP resolution. The device features dual-stereo speakers and has a USB Type-C port for charging.

The top configuration Honor X30 Max is available for $423.

Next Redmi K50 Gaming to use Dimensity 9000 SoC, leaked specs include 144Hz display