Xiaomi recently released a new update for its first foldable smartphone, Xiaomi Mi MIX Fold. This update comes with the designation MIUI FOLD V12.5.1.0 stable version. This update comes with a couple of optimizations and improvements and weighs 1.4GB. Just like the MIUI 12.5 enhanced version, this update is the MIUI Fold enhanced version. Generally, this update brings a smoother performance as well as lowers the power consumption. Furthermore, the intelligent computing power scheduling mechanism based on the scene improves the fluency of all models. Also, the sensitive and efficient file storage mechanism improves the anti-aging ability of the system. 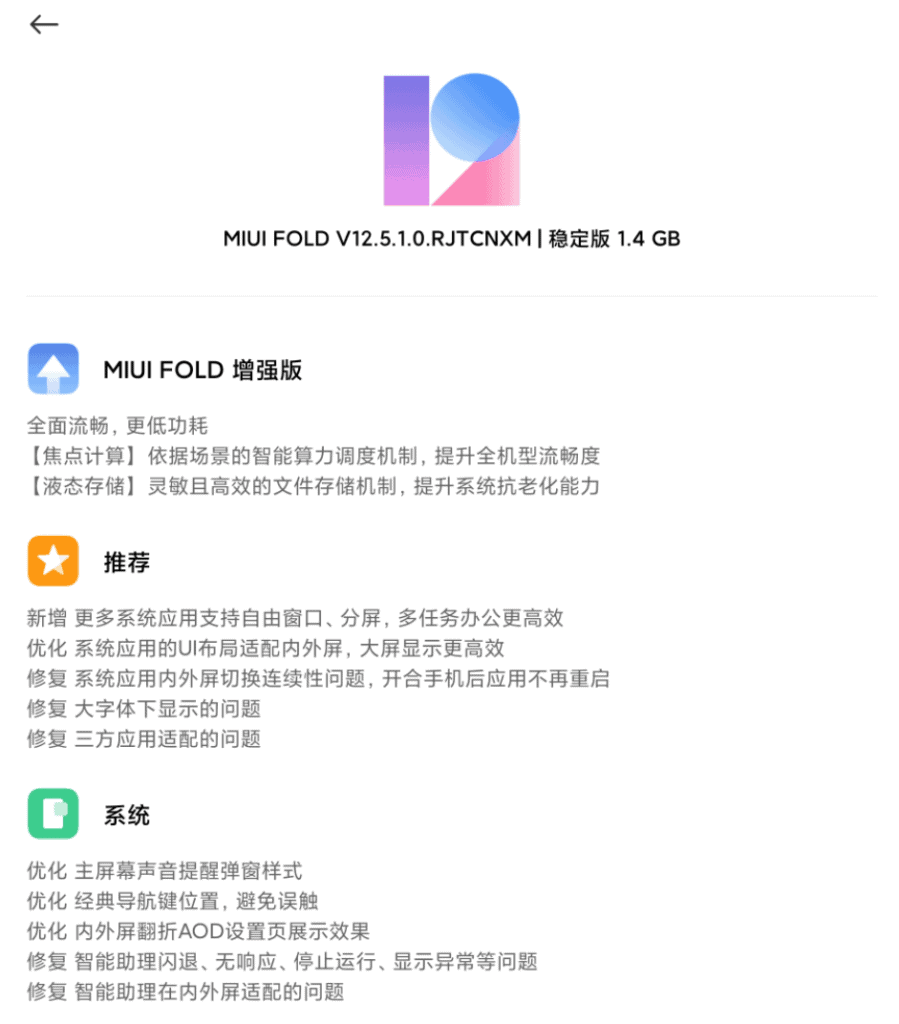 The Xiaomi Mi MIX FOLD was released on March 30, 2021. It is Xiaomi’s first foldable smartphone and it comes with the Snapdragon 888 SoC. This device also comes with a built-in 5020 mAh battery and supports 67W fast charging.

Next Oppo Reno7 Pro+ may not be released after all