Adobe has revealed a set of new features and apps during its Max Conference held today. One of the biggest and most intriguing announcements probably was the new Photoshop for the web browser. As the name suggests, it’s a web version of Photoshop that has limited editing support. It is meant for collaborative work. Users can store the PSDs to the cloud, share a link to collaborators and review and comment in a new commenting panel that will sync with Photoshop on desktop.

Adobe also announced new features for the Photoshop app on the iPad. It’s a massive update that supports RAW files from the entire Adobe Camera RAW list, as well as Apple ProRAW files from the iPhone 12 and iPhone 13 models. Other features include Sky Replacement, Healing Brush, and Magic Wand. These features aren’t new for users of the mainstream computer Photoshop app, but they are now making their big arrival on the iPad version of Photoshop.

The application now introduces a new smart object masking feature for Photoshop on the Desktop. Users just need to hover over an object and the Sensei AI machine learning can isolate it in a new mask. As a result, you can apply local adjustments to it. For multiple objects, you can choose Layer >> Mask All Objects to generate masks. Landscape Mixer can generate a whole different season to a landscape shot in seconds. This feature will even mask and harmonize people in the scene. Therefore they will not look completely out of the place. 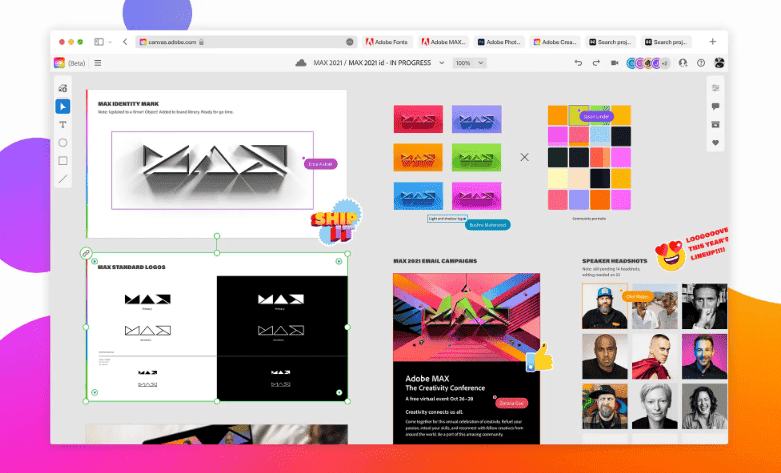 Illustrator also gets a browser version and optimizations for iPad

Besides Photoshop, there is also a new Illustration variant for browsers. In the same way as Photoshop, the new version comes to allow collaborative work. This feature probably would be even more interesting during the days of isolation and home working. It’s useful for a team of designers or when one starts the work and another designer decides to finish the work.

Illustrator for iPad is also getting some interesting enhancements. The company is rolling out a technology preview of Vectorize. It’s the next evolution of image tracing that enables you to cover any image into a crisp, vector graphic with enhanced precision and control. And on desktop, Adobe has improved 3D effects and added a vast library of Adobe Substance 3D materials.

Those who are interested in more details about the next big updates for Adobe, just head to the source link.