Earlier, today, Redmi disclosed a lot of information concerning its upcoming flagship series. As you know, the Redmi Note 11 line models will be unleashed on October 28. All models from the family are going to be true hot-sellers. Due to the good price over performance ratio, this series has always taken its place in the market. So the Note 11 is expected to follow this rule as well. However, Lu Weibing issued a statement that confused many fans. He said that the company changes its strategy of launching only one flagship in a year. So in a single year, Redmi will introduce two flagship phones. In fact, Redmi is one of those rare brands that hasn’t been following the dual-flagship strategy until now. But they made a decision that ought to help them to meet more users’ expectations. 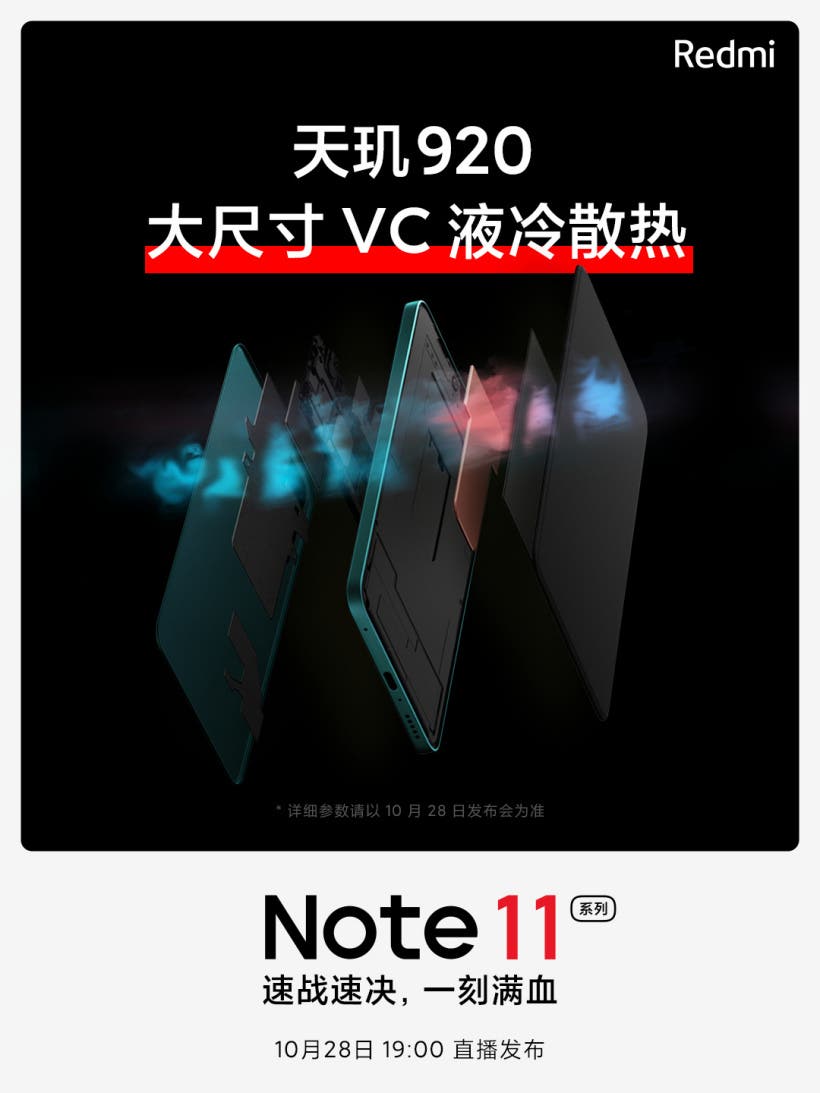 This is why they are releasing the Note 11 series 5 months after the Note 10 series went on sale. The Redmi Note 10 Pro focuses more on the ultimate performance experience. For this, they adopted the Dimensity 1100 processor. But they also appropriately reduced the specifications of other devices (such as cameras and screens).

When talking about the Redmi Note 11 Pro series, Lu Weibing said that the series appropriately reduces the performance requirements. Say, it will come with the Dimensity 920 chip. The latter should provide more balanced performance and power consumption. On the other hand, it still comes with many outstanding features such as the trendy stand-edge design, 120W charger, AMOLED screen, 100MP camera, symmetrical stereo system, etc.

According to the previous leaks, the line will include three models. The Redmi Note 11 will come with a 6.5-inch IPS display with FullHD + resolution and a refresh rate of 120 Hz. Under the hood, this handset will sport the Dimensity 810 platform in conjunction with 4/6/8 GB of LPDDR4x RAM and 128/256GB UFS 2.2 storage. On the front, it will host a 16MP camera, whereas, on the back, we will find a 50MP + 2MP dual camera. The battery capacity should be 5000mAh and there will also be 33-watt fast charging support.

The Redmi Note 11 Pro will come with the same capacity battery, but the charging rate is increased to 67W. The screen will use AMOLED material and support a 120 Hz refresh rate. Inside the phone will have a Dimensity 920 chipset. The front camera’s resolution remains unchanged, but the rear camera will use three sensors of 108MP, 8MP (ultra-wide), and 2MP (depth sensor).

They promise infrared, NFC, linear engine, and stereo speakers with customization from JBL. Redmi Note 11 Pro will be available in three versions with 6/128 GB, 8/128 GB, and 8/256 GB of memory.

Lastly, the Redmi Note 11 Pro+ will basically duplicate the characteristics of the Pro model. But instead of the Dimensity 920 chip, it will use the Dimensity 1200. Also, the charging power will reach 120 watts.

Previous Untethered jailbreak of iPhone up to iOS 14.5.1 has been released