Apple is rolling out iOS 15.1 and iPadOS 15.1 for compatible smartphones. The stable iOS 15 updates were rolled out for eligible devices a few days after the launch of the iPhone 13 series. However, the “stable update” was carried with a plethora of issues and bugs. One of the most notable bugs was the inability to unlock the iPhone with the Apple Watch Series 7. The new iOS 15.1 comes with the promise of fixing most of the issues, in the process it also adds some new features like the anticipated SharePlay.

During the iOS 15 announcement, Apple headlined the SharePlay feature as one of the most notable features of the newest version. However, the update left the OS during the beta stage due to issues. The feature couldn’t make way to the stable iOS 15 feature. Now, however, it is coming with iOS 15.1. This feature allows users to listen to songs, watch a movie or a TV show, complete a workout together, or share their screen to view apps with their friends or family members while on a FaceTime call. The new SharePlay features currently support Apple Music, Apple TV+, Apple Fitness+, as well as Disney+. Moreover, it supports ESPN+, HBO Max, Hulu, MasterClass, Paramount+, Pluto TV, SoundCloud, TikTok, Twitch. The feature will reach more apps and services in the future. It currently works with iPhones, iPads, Macs, and Apple TV. 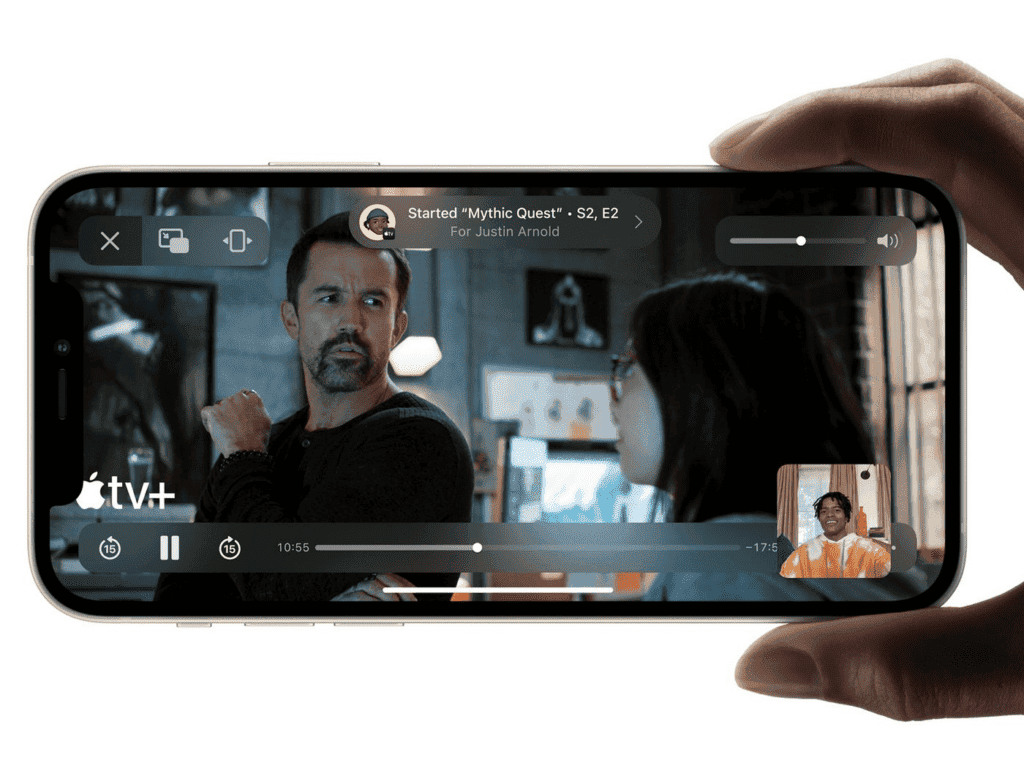 iOS 15.1 also brings the option to record vices in ProRes on the iPhone 13 Pro and iPhone 13 Pro Max. ProRes is a high-quality acquisition and post-production codec used in the cinema industry. Nowadays, major cinema cameras and editing applications support this codec. On the iPhone, it will enable recording in the highest quality possible. As a result, users can edit and perform post-processing with less compression than the standard H.264/HEVC codec. 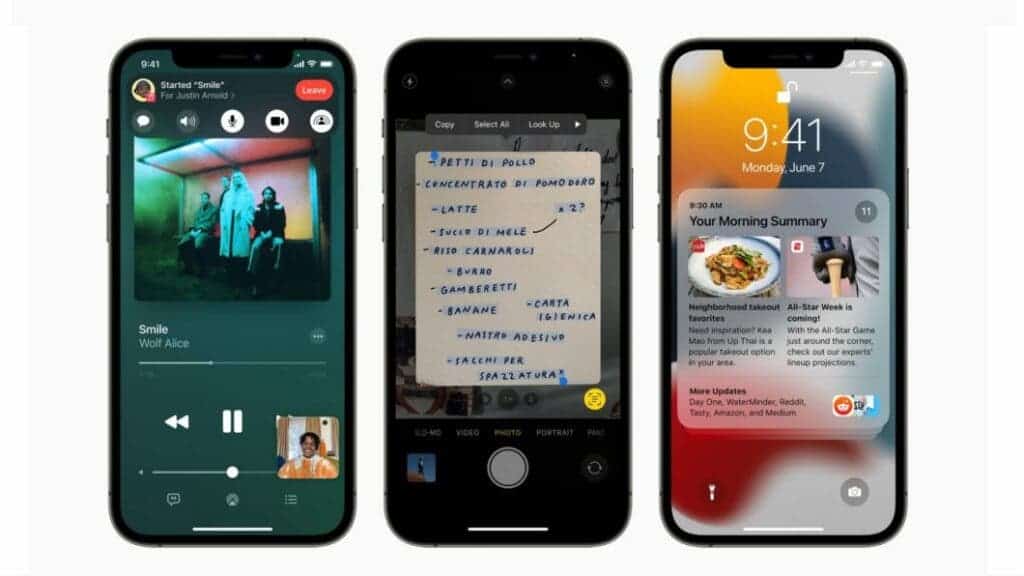 Another addition is the COVID-19 vaccination card support within the Apple Wallet app. It makes it easier to store and present your vaccination card from your iPhone or Apple Watch. There are a lot of other features like Mandarin Chinese Translation, Shortcuts features. The update also fixes a plethora of bugs that affected previous versions of iOS 15.