Back in April this year, South Korean manufacturer, LG Electronics, announced its withdrawal from the smartphone market. Due to the rapid development of Chinese smartphone brands, LG mobile phones have steadily declined in the market and suffered losses for 6 consecutive years. Unlike its home appliances business, LG fell behind in the fierce competition in the smartphone market. As LG smartphones continue to diminish in the market, Google is now trying to attract LG users to switch to its Pixel smartphones. 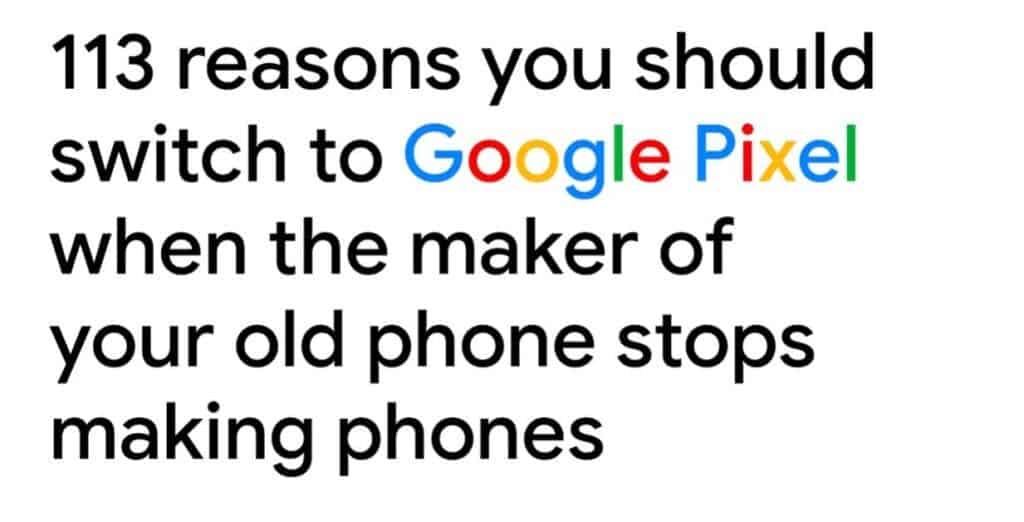 Google recently released an advertisement today. The opening paragraph is “113 reasons you should switch to Google Pixel when the maker of your old phone stops making phones”.

Google said that when the manufacturer of your phone stops producing phones, you should switch to Google Pixel. Although Google did not name LG in the ad, this passage clearly implies that “LG has withdrawn from the mobile phone market, and old users can consider switching to Pixel phones”.

Google also pointed out that Pixel phones can provide a complete Android ecological experience, and will provide Android major version updates as soon as possible. It is worthwhile for users to change their models to Pixel.

Although Samsung and Apple are making moves to take LG’s place, they will not be the only ones jostling for this position. Analysts predict that Xiaomi will launch mid-range smartphones with high-quality specifications for local consumers. According to Counterpoint Research, smartphones priced at $400 or less account for 41% of the Korean smartphone market in 2020, up from 34% a year ago. Xiaomi will use these devices, probably from the Redmi brand to fight for LG’s market share. Now, Google is throwing its hat into the ring for LG’s smartphone market share.