Either Redmi Note 11 Pro or the Redmi Note 11 Pro+ could house a 108MP main camera, according to fresh information. The much-awaited Xiaomi Redmi Note 11 series is slated to go official on October 28. Ahead of its official unveiling, the lineup has been subject to several leaks. Moreover, the Chinese tech company has confirmed that the upcoming series will comprise three models. These include the high-end Note 11 Pro Plus, Note 11 Pro, and the Note 11 smartphone.

As expected, Xiaomi is leaving no stone unturned in a bid to build more hype ahead of the series’ imminent launch. The company has been teasing Note 11 Pro+’s specifications lately. Now, Xiaomi has released another teaser of its hotly-anticipated smartphones. The aforesaid teaser divulges some key information including the camera sensor details of the Redmi Note 11 lineup. Furthermore, the Geekbench 5 benchmark results were revealed earlier this week, further shedding light on its awe-inspiring specifications.

Earlier this week, more shreds of information about the Redmi Note 11 Pro+ popped up on the internet. The handset will reportedly draw its juices from a 4,500mAh dual-cell battery. Aside from that, it is tipped to support 120W fast charging. As if that weren’t enough, the brand has confirmed that the Pro models of the line will house a stunning 108MP main camera. The promotional poster of the Redmi Note 11 Pro models shows the rear-mounted sensors, including a 108MP primary camera.

This could either be a telemacro camera or an ultra-wide lens. This piece of information corroborates earlier leaks that hinted at the possibility of a 108MP Samsung HM1 sensor on the Redmi Note 11 Pro and Redmi Note 11 Pro+ handsets. Aside from that, earlier leaks suggest that the phones could house an 8MP Sony IMX355 ultrawide camera, along with a 2MP depth sensor, according to a report from MySmartPrice. However, it would be unusual if Xiaomi ousts a 5MP tele-macro camera in favor of a 2MP depth sensor for the Pro models. 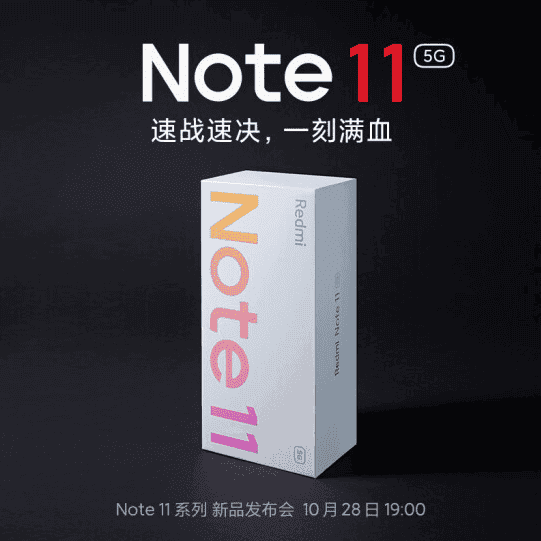 Moreover, the Pro variants could sport AMOLED panels that offer a high refresh rate of 120Hz. Likewise, the standard variant will feature an IPS LCD panel that delivers a 120Hz refresh rate. Furthermore, all three Redmi Note 11 smartphones could feature a 3.5mm headphone jack and have an IR Blaster. The phone will reportedly ship with 8GB of RAM. More details are likely to surface at the launch event on October 28.

Next A Realme Air Conditioner Could Be In The Works, Features Tipped