The proximity sensor is small in size, but its value is great for devices. But with the correctness of its work in smartphones, Xiaomi did not work out. And this problem accompanies the company’s devices for more than one year. Xiaomi announced last year that it was determined to get rid of the problem. But, there is a possibility that the Redmi Note 11 series in the global market will continue to suffer; due to the incorrect operation of the proximity sensor.

But in an era of scarcity and the need to optimize costs, Xiaomi has re-installed a problematic sensor in the Redmi Note 11 series smartphones. And it took this step consciously in order to save money and avoid an increase in the price tag for devices. In this situation, consumers can only hope that the AI ​​virtual proximity sensor from Elliptic Labs will correctly cope with its duties. 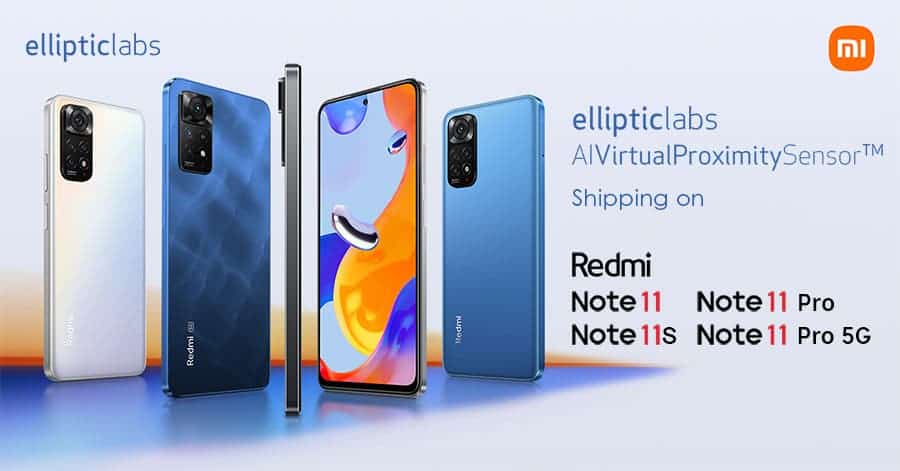 Elliptic Labs’ AI Virtual Proximity Sensor turns off the smartphone’s display and disables the screen’s touch functionality; when users hold the device up to their ear during a phone call. Without that capability to detect proximity, a user’s ear or cheek could accidentally trigger unwanted actions during a call; such as hanging up or dialing numbers while the call is ongoing. Turning off the screen automatically also helps conserve battery life. Proximity detection is a core capability that is used in all smartphones across today’s market. Elliptic Labs’ AI Virtual Proximity Sensor delivers robust proximity detection without the need for a dedicated hardware sensor. By replacing hardware sensors with software sensors, the AI Virtual Proximity Sensor reduces device cost and eliminates sourcing risk.

Previous OnePlus 10 Ultra could come out with this design

Next What Are Major US Streaming Services Doing To Attract More Subscribers?