After integrating OnePlus into Oppo as a sub-brand, the company begins to lose its identity. It hurried with the release of the OnePlus 10 Pro, which could safely be called OnePlus 9T Pro. There is not much new in the smartphone: they refreshed the design, installed Snapdragon 8 Gen 1 and increased the fast charging power to 80W.

Perhaps the company is rehabilitated with the release of the OnePlus 10 Ultra, the announcement of which is being prepared for the second half of this year. It is possible that we already know what the device might look like. An online whistleblower @TechInsiderBlog has discovered patent images of a OnePlus smartphone. Visually, it is very similar to the OnePlus 10 Pro, but at the same time, one of the three sensors is periscopic in the main camera, and they also offered a small additional display.

At the moment, this is only a patent and there is no certainty that the company will bring it to commercial implementation. But if such a smartphone is destined to come out, then it may well be called OnePlus 10 Ultra. We know nothing about the Ultra version itself, except that it may offer a Snapdragon 8 Gen 1 chip created by TSMC. 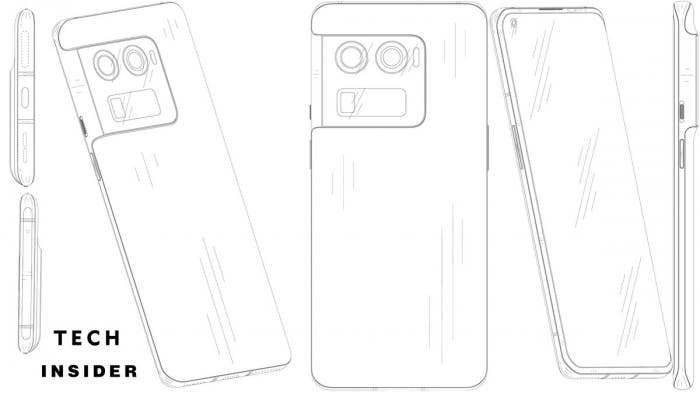 During the past years, OnePlus built a reputation for delivering flagship smartphones at an affordable price point. For this, the company’s devices were even called “flagship killers”. OnePlus smartphones have grown in price over time, equaling this indicator with flagship products from other manufacturers. However, now it seems that the brand intends to return to its roots.

The authoritative Chinese tech blog Digital Chat Station stated that OnePlus is working on a new range of smartphones; the main features of which will be high performance and gaming-oriented, as well as an affordable price. Reports point that smartphones of the new series in China will cost from $315 to $475. As a rule, the cost of smartphones in other countries exceeds the Chinese; but it is unlikely that the prices of new products will reach the level of other flagships.

Digital Chat Station reports that the smartphones of the new series will be running on the basis of flagship chipsets and will receive flat displays. We do not yet know more characteristics details, including the models of chipsets in use. Potentially, these can be either the current Qualcomm Snapdragon 8 Gen 1 or MediaTek Dimensity 9000; or solutions from past years, such as the Snapdragon 888, which is also very good for the cost.

In order to reduce the cost of new products, OnePlus will make a number of compromises; regarding, for example, cameras, moisture protection, support for wireless charging, or other minor functions. Unfortunately, there are no more details about OnePlus’ new “flagship killers” yet, however, they will probably start to appear soon.