Infinix has been expanding its business this year and is focusing on the mid-range segment. The company has expanded its “Smart-series” today with the launch of a new smartphone dubbed Infinix Smart 6. The device, however, has currently been unveiled in limited markets. The handset is yet to get an India release and it is also t obe revealed in key markets. The new Smart 6 arrives with a dual-camera setup on the back and runs Android 11 Go Edition.

The Infinix Smart 6 comes in a single storage configuration with 32 GB of Internal Storage. You can always expand this amount with a micro SD card slot. The device has 2 GB of RAM which is not much, but we have to remember that the experience should be smooth with Android 11 Go since it makes smart use of the resources. In terms of performance, the device has the Unisoc SC9863A chipset.

The Infinix Smart 6 flaunts a 6.6-inch HD+ display. It also gets a waterdrop notch display at the top for the front-facing snapper. The phone’s display has 500 nits of peak brightness which isn’t the most screaming amount. However, it’s a lot when you take into consideration that this is a low-end smartphone. 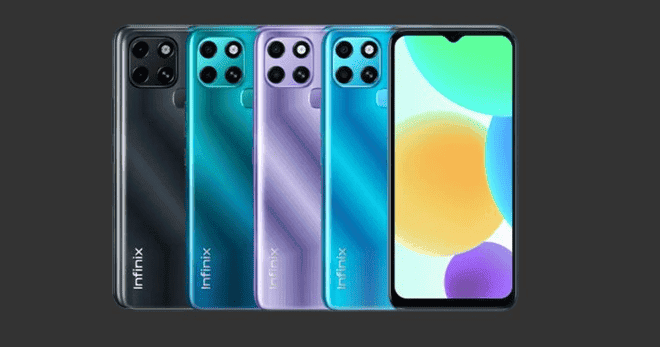 The handset has a dual-camera setup on the back. The primary camera is an 8 MP main camera sensor and it is paired with an 0.8 MP secondary snapper. Honestly, this secondary camera is here just for making numbers as its use and capabilities are quite limited even for depth sensing. The rear panel houses a fingerprint scanner. It comes with a 5 MP front camera sensor for selfies and also boasts AI Face Unlock.

As usual in low-end smartphones, the battery size will not disappoint. The device ships with a massive 5,000 mAh battery. The big downside is that it is capped at 10 W charging due to the micro USB port. Unfortunately, this archaic standard is yet to disappear from the low-end segment. The company claims the device is capable of offering 31 hours of talk time and 87 hours of music playback.

The Infinix Smart 6 is available at $120 and comes in four colorways – Purple, Ocean Blue, Light Sea Green, and Polar Black. As aforementioned, the availability is quite limited now. However, we may see Infinix bringing it to other regions and to the Indian market soon. After all, the Infinix Smart 5 was released in India.

Next Nokia T20 Tab listed on Flipkart, launch in India is imminent