Oppo A54s smartphone’s key specifications and pricing details have been revealed before launch through an Amazon listing. The much-awaited smartphone from Oppo has been floating around the rumor mill for quite some time now. Earlier this month, the smartphone’s design and some other specifications were leaked online. The upcoming phone will be the newest entrant in Oppo’s A-series smartphones. Earlier reports have already tipped the handset’s pricing details, despite the lack of official confirmation. 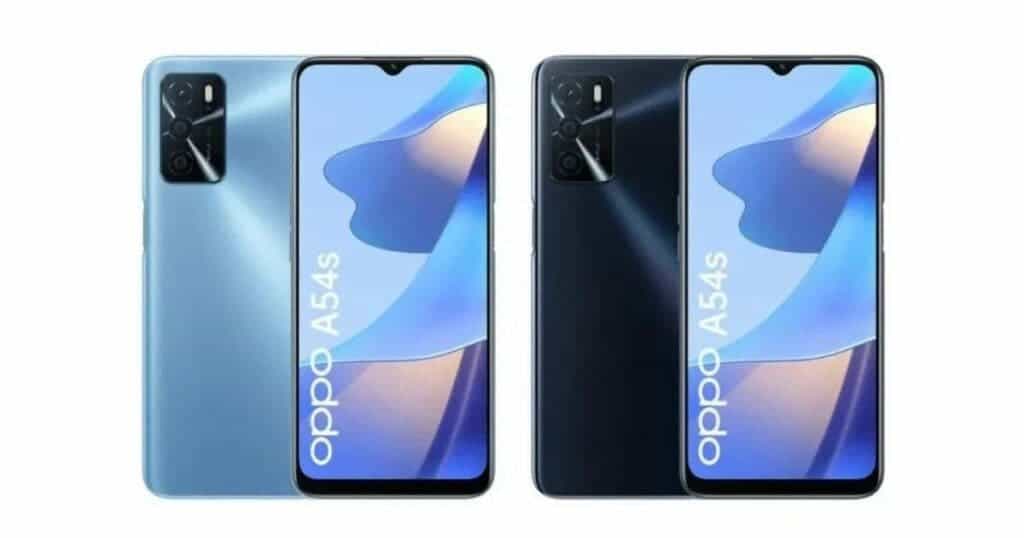 Earlier this month, a report from MySmartPrice confirmed that the Oppo A54s is in the works. Aside from that, the publication shed light on the upcoming smartphone’s color options, RAM, storage configurations, and pricing details. Furthermore, the phone’s design surfaced online, hinting at an imminent launch. However, Oppo continued to remain mum on its plan to launch the A54s. Now, the purported handset had been spotted on Amazon, suggesting that its launch is just around the corner.

Hawk-eyed tipster Sudhanshu Ambhore discovered the Oppo A54s smartphone’s listing on Amazon Italy. The noted leaker took to his Twitter to share the screenshots and other key specifications. First off, the listing suggests that the handset will be 8.4mm in thickness. Moreover, it will weigh 190 grams. Regrettably, the Amazon listing does not divulge details about the processor the phone will pack under the hood. However, the A54s smartphone is highly likely to use a MediaTek branded SoC.

Moreover, the listing suggests that the Oppo A54s will ship with 4GB of RAM and offer 128GB of onboard storage capacity. Also, the phone seems to support memory expansion via a microSD card slot. It will sport a 6.52-inch IPS LCD with a teardrop notch and HD+ resolution, according to the Amazon listing. The side edge seems to house a fingerprint scanner. Also, the handset will be carrying an IPX4 rating. For optics, the A54s will house a 50MP main camera, a 2MP macro lens, and a 2MP depth sensor along with an LED flash.

The Oppo A54s will feature an 8MP front shooter for selfies and video calling. Moreover, the phone draws its juices from a robust 5000mAh battery with SuperVOOC. Details about the exact fast charging speeds are still scarce. The phone will run Android 11 OS with ColorOS 11.1 on top, rather than running the latest Android 12 operating system with ColorOS 12 atop. The phone offers standard connectivity options such as a 3.5mm headphone jack, USB-C, NFC, GPS, Wi-Fi, and dual 4G VoLTE.

The Oppo A54s smartphone carries a price tag of €229.99 on Amazon Italy. This converts roughly to about INR 20,000. Moreover, the phone is available in two color options including Crystal Black and Pearl Blue. More shreds of information are likely to surface online during the phone’s official launch.