Almost one year ago, Huawei decided to sell its Honor sub-brand to a Chinese conglomerate. The name that started as a lineup, evolved to a sub-brand, and then became a powerful division of smartphones now is an independent smartphone maker. The company took a while to set sail, but after a few exciting smartphone launches like the Honor 50 series, Honor Magic series, the brand has become the third-largest smartphone maker in China during the third quarter of 2021. Interestingly, the brand has totally brought over Huawei users and managed to ship 25 percent more

Honor is now a Top 3 smartphone manufacturer in China. The top two top spots are still occupied by vivo and Oppo. However, Honor is walking close to these companies. Maybe in the future, it will surpass its rivals and become the “new Huawei” The new report comes straight from the research agency Canalys that did its usual research for the third quarter of 2021 that starts in July 2021, and ended in September 2021. 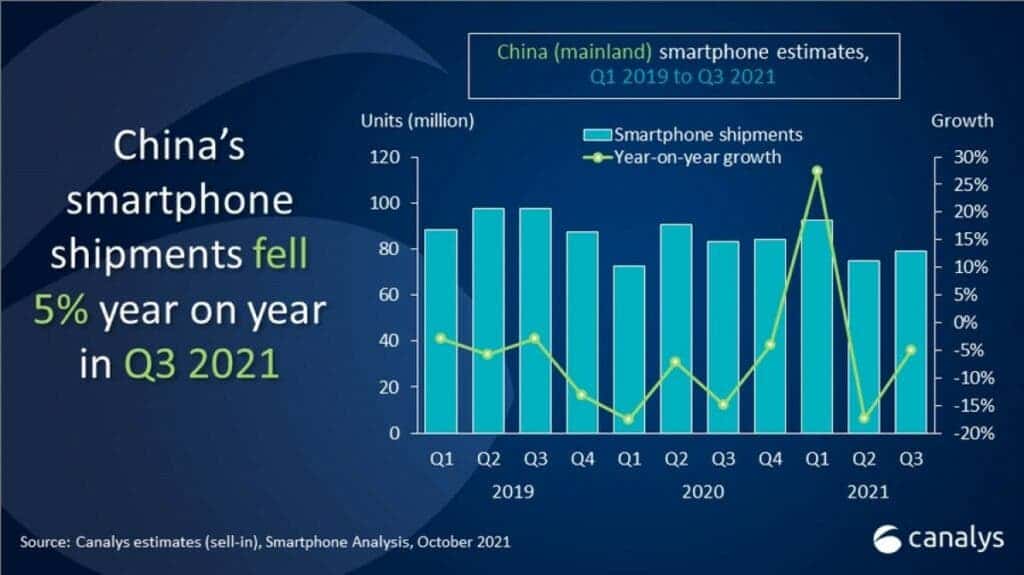 Interestingly, Apple was the biggest gainer in the third quarter of 2021 when compared to 2020. This is due to the fact of the relatively unchanged prices of the iPhone 13 series that is boosting both its net shipments and its market share. One of every nine smartphones, sold between June and September, is an iPhone. The market as a whole declined through with makers outside the big 5 losing more than half of their shipments when compared to the same period last year. We assume that this has something to do with the current crisis in the semiconductor industry. 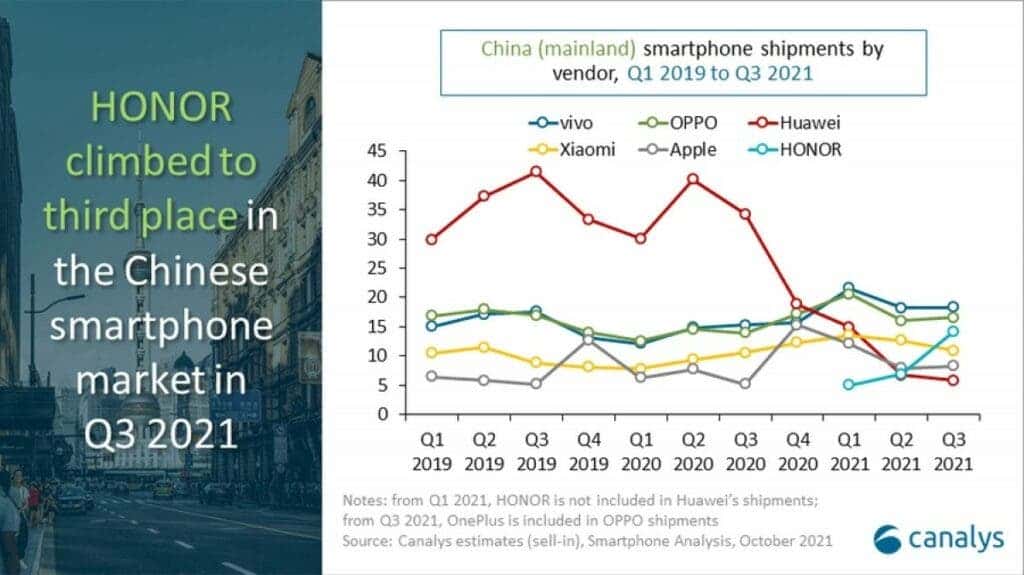 In fact, Canalys states that the expectations are not great for the upcoming quarter. Companies will still be plagued by chipset shortages. Moreover, there will be supply chain issues. At this point, it’s really hard to keep an expensive growth in a market that is already saturated.

Honor may become the new Huawei on the globe

Honor growth in China is a direct response to the users missing the Huawei from the past. The fact is that the company had to reduce the number of its smartphones due to continuous supply constraints. The few flagships released by the former Behemoth lack 5G connectivity which can be a key factor for some users in the globe. Honor, on the other hand, is able to use 5G-enabled chips and make full use of the networks. The company can even use Google Mobile Apps. We can only expect Chinese and Global fans of Huawei to think that moving to Honor is a natural move.

Next These are the Huawei smartphones getting EMUI 12 update