Nikon Z9 professional camera has been launched in India with an array of awe-inspiring features, and a steep price tag. The latest full-frame (Nikon FX-format) Z series mirrorless camera dubbed the Nikon Z9 is already available in international markets. The feature-laden camera has won praises from users for its top-notch performance. In fact, the Z9 is widely considered as a comeback for the Japanese Optical products company. 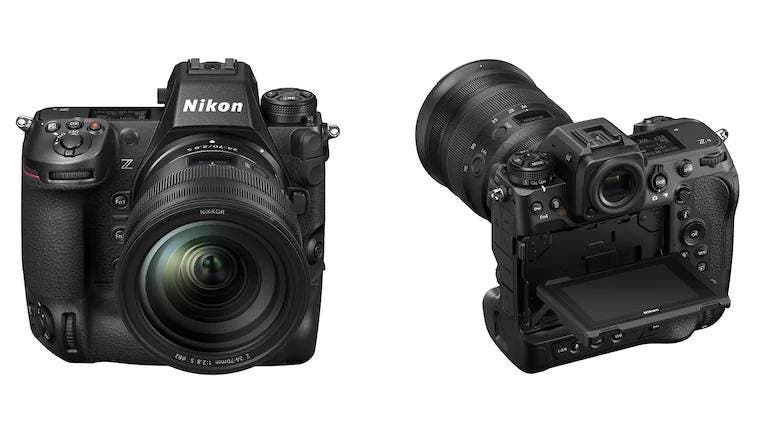 Much to the chagrin of Indian photographers that have been waiting to get their hands on the Nikon Z9 with bated breath, the new mirrorless camera isn’t easy on the pocketbook. However, those who are willing to shell out a lot of money, are in for a treat. The feature-laden Nikon Z9 is a full-frame mirrorless camera that went official in India on October 29. The flagship (Nikon FX-format) Z-series camera boasts impressive features including a 45.7MP stacked CMOS sensor. Regrettably, purchasing it would leave many with empty pockets.

Nikon has finally brought its full-frame (Nikon FX-format) Z series flagship camera into the Indian market. As mentioned, the camera is already up for grabs globally. The Nikon Z9 will set you back a whopping INR 4,75,995, which converts roughly to about $6366. This is more than the asking price of the camera’s American variant. The Nikon Z9 retails for $5,499 in the United States (about INR 4,11,127). In other words, Indian users will need to shell out an additional INR 75,000 (about $1000) for the same camera. This isn’t the first time a tech company is selling its product for a higher price in India. However, the massive margin makes the Nikon Z9’s pricing poor.

The Z9 comes with a newfangled 45.7MP FX-format BSI CMOS sensor. This sensor adopts a stacked design that reportedly improves readout speeds. Moreover, this sensor teams with an upgraded EXPEED 7 image processor, which the company claims offers a ten times faster processing speed. The processing power paves the way for dual-stream technology. Aside from that, the Nikon Z9 houses the brightest viewfinder in the world. It essentially alludes to a new Quad-VGA panel that can adjust the brightness of the viewfinder based on lighting conditions.

Furthermore, the Z9 sports an EVF and a 3.2-inch touch screen monitor. Also, this is for the first time Nikon has included a four-axis tilting touchscreen on its camera. This ensures an intuitive operation. Aside from that, the Z9 is the first camera in the Z lineup to come with a vertical grip. The Nikon Z9 uses a new sensor design that guarantees a better on-chip phase-detection autofocus system on the camera. The AF system is capable of tracking smaller objects.