DJI has officially announced two new flagship Mavic 3 drones. As always, flagship products have impressive price tags: the base model Mavic 3 will cost $ 2,199, the older Mavic 3 Cine is priced more than twice as much – $ 4,999. 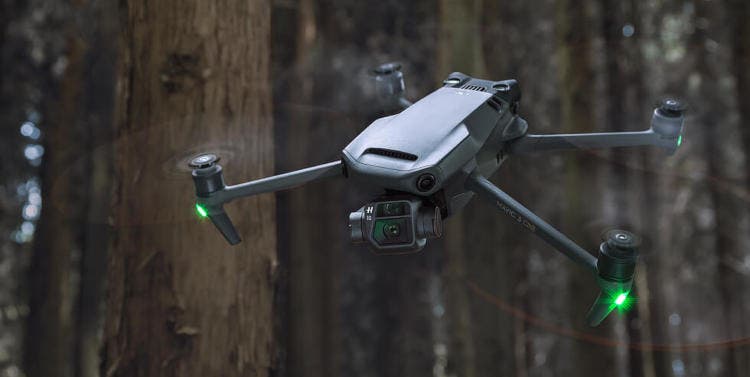 The more expensive Mavic 3 Cine supports the Apple ProRes 422 HQ codec and is captured in 5.1K resolution at up to 50 frames per second. Onboard there is a built-in, but not replaceable, 1TB solid-state drive. The base version of the Mavic 3, priced at $ 2,199, lacks ProRes support and built-in SSD, but uses the same system with two cameras and a 4/3 format CMOS sensor. In both cases, 4K resolution is supported at up to 120 frames per second, and it is also possible to take a 20-megapixel photo. In addition to the main 24mm lens, there is a 28x hybrid zoom lens.

Both drones are powered by a 46-minute flight time, a big step up from the previous generation Mavic 2 (31 minutes). The new additions are the successors of the 2018 DJI Mavic 2 Pro and Mavic 2 Zoom, which debuted Hasselblad cameras after DJI acquired the company in 2017. Like three years ago, the new drones support Hasselblad Natural Color Solution – natural colors directly from the shoot. If this is not necessary, then you can choose the 10-bit D-Log profile; which will provide more control over color in post-processing. Besides ProRes, you can use the standard H.264 and H.265 codecs, but the Mavic 3 lacks HDR support.

DJI has updated the drone’s autonomous features. Like its predecessor, the Mavic 3 supports omnidirectional obstacle detection; but objects are now detected at distances up to 200m – in the previous version it was only 20m. Advanced RTH (return to home) function allows the drone to more efficiently find its way to the take-off point. Announced about the updated pilot assistance system APAS 5.0 and updated tracking technology for objects ActiveTrack 5.0; and the latter will be available only some time later. The proprietary communication technology has also been updated: the range of OcuSync 3+ is up to 15 km, 1080p video broadcasting at 60 frames per second to a smartphone or controller is supported.