Apple makes expensive and high-tech products like the recent iPhone 13 series. It cares about its reputation, and to be honest, and about its pocket. Cupertino adheres to a policy of not trusting anyone with their devices. Therefore, it does its best to ensure that in the event of a breakdown, users contact its certified service centers.

Perhaps the user will be served there at the highest level; but repairs there will definitely be expensive already because it was made by Apple. But not everyone wants to repair the device at an exorbitant price by the “officials”; and not all regions have an authorized center. That is why the Right to Repair movement is gaining momentum in the United States. A bill has been in preparation that will oblige device manufacturers to sell original components to ordinary repair shops and consumers, thereby giving users the right to choose – to repair themselves, go to an “official” or trust an enthusiastic master from an ordinary workshop.

Apple wouldn’t be itself if it hadn’t prepared a fallback bypassing the legislative initiative. We already talked about how trying to replace the display on an iPhone 13 in an unauthorized workshop leads to the failure of Face ID. 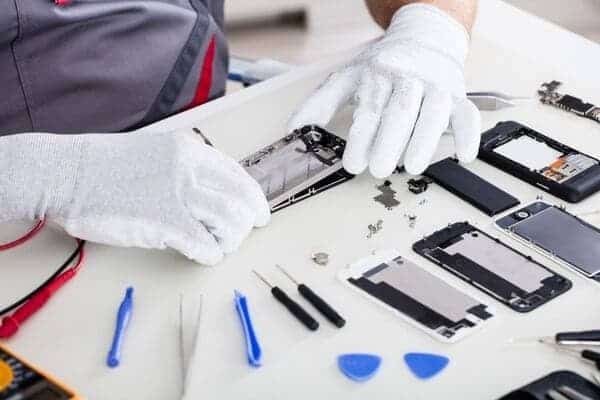 Now, the guys from iFixit, who specialize in electronics repair, published an article in which they supported the idea of ​​”the right to repair”. Self-replacement of the screen without “killing” Face ID is impossible due to a miniature microcontroller located between the display and the iPhone’s motherboard. Authorized workshops have access to Apple Services Toolkit 2, where a new controller can be registered when a screen is replaced. While ordinary users and workshops do not have such a right.

Technically, yes: Face ID failure could be a very specific hardware bug for one of the most commonly replaced components, one that somehow made it through testing, didn’t get fixed in a major software update, and just happens to lock out the kind of independent repair from which the company doesn’t profit.

More likely, though, is that this is a strategy, not an oversight. This situation makes AppleCare all but required for newer iPhones; unless you happen to know that your local repair shop is ready for the challenge. Or you simply plan to never drop your phone.

There is an option to install a chip from an old display on a new screen; but to perform such manipulation, a high-level professional and the use of expensive tools are needed. According to iFixit, Apple is killing small workshops that could provide display replacement services. No one doubts that Apple has deliberately introduced such a microcontroller; forcing users to turn to “officials”; where the cost of services is much higher and there is an opportunity to make good money. Hopefully, Apple will change its mind or be forced to change its mind and allow small workshops to repair Apple devices.