For many years, there have been many paid apps in the Apple App Store. This kind of software is basically a buy-out system. After purchase, you can use all of its functions at will, and there will be no ads, thanks to Apple’s strict review system. This has been an advantage for many App Store users. However, there are always developers that will look for a way to make more money off their apps. A few days ago, a very well-known paid note app “Notability” announced after an update that it would cancel the buyout system and change it to a subscription system. 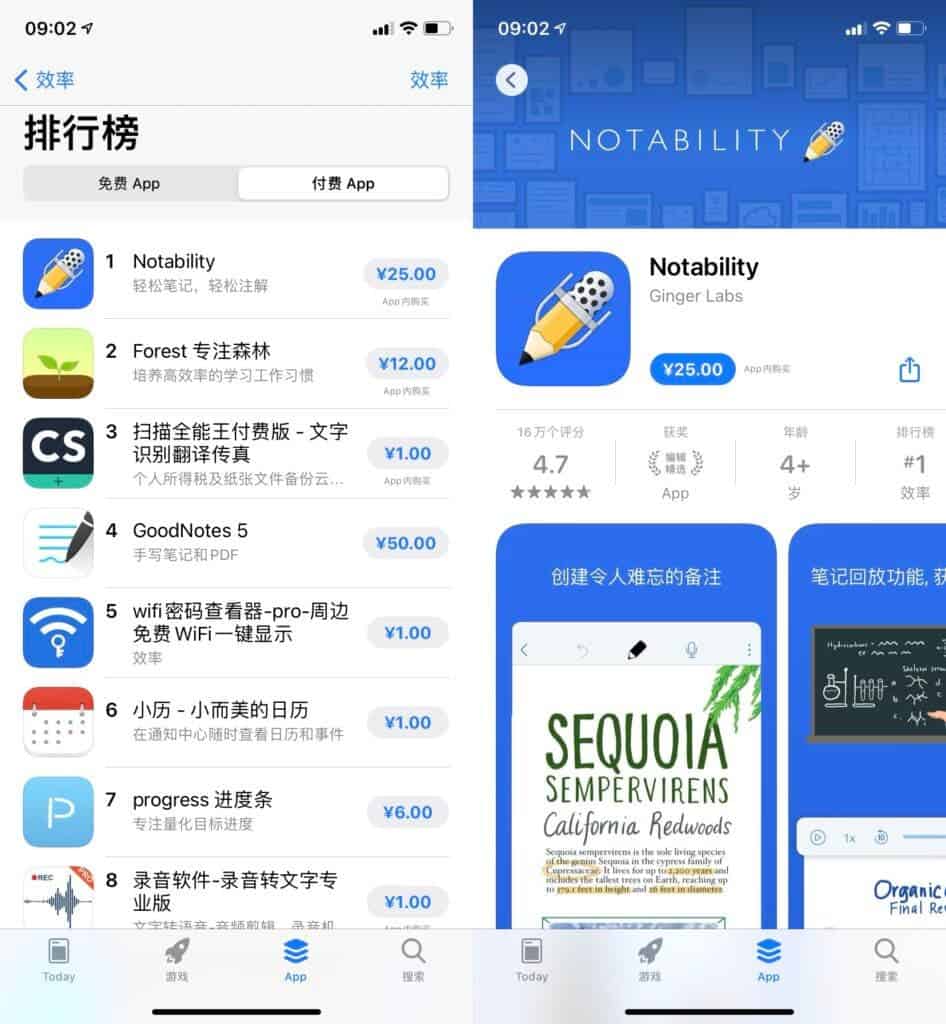 This new system means consistent payments for those who want to use this app. Nevertheless, the company’s decision sparked huge dissatisfaction from its pore-existing users. Many of these users expressed their anger and even criticized its entire operation.

The announcement from Notability shows that the software will no longer operate the buyout system. The application will now use a free download + subscription system, which costs about $15 a year. The members who have bought out before will only get limited features. They will get free membership for only one year as well as iCloud notes Synchronization. Furthermore, these members will have a limit on the number of notes, handwriting recognition, automatic backup, and math conversion. They will not have access to other features.

Pre-existing Notability users fought back and got result

The already existing users of this app did not back out without a fight. They trooped in their numbers to the App Store to report Notability for violating Apple’s regulations. This even triggered a “group fight” among users for a while.

The fierce resistance of such a large number of users also made the official to pay attention. The company had to make some changes to its initial announcement. Notability has already sent emails to users and announced on the public platform that it will launch Notability 11.0.2 version. The biggest change in this version is that all users who purchased Notability before switching to a subscription on November 1, 2021, will have lifetime access to all existing features and any content previously purchased in the app. 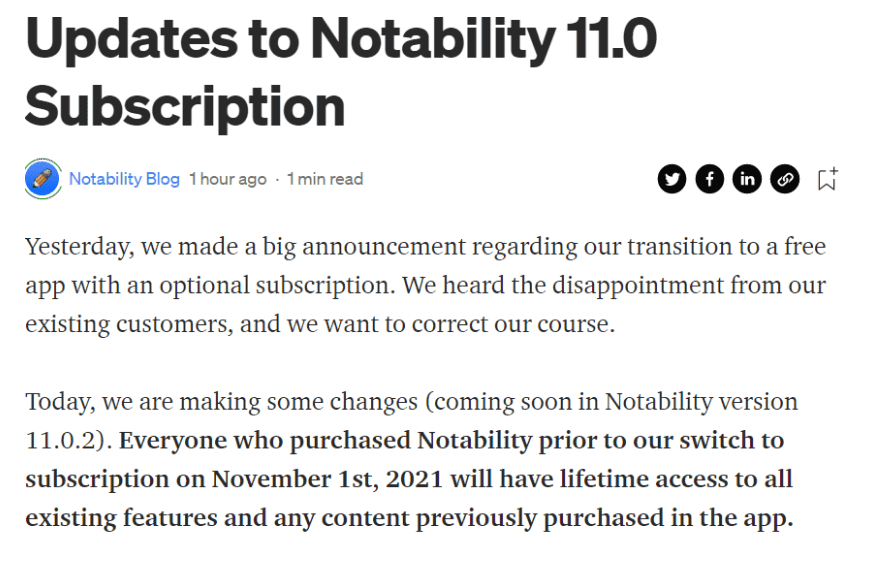 Notability officials also stated: “We are a small company, so we designed the initial one-year visit plan as a preventive measure because we are not sure whether we can support lifetime visits. We apologize for putting current users in an embarrassing situation. Without you, we would not have come to this point. We value each of you very much. Your feedback has motivated Notability and helped shape the application into what it is today. Thank you.”