After months of beta testing, and unintentional teasers, Meta’s WhatsApp is finally deploying an update that allows one to use the messengers on other devices without the need of having a smartphone connected to the internet. With this new feature, it’s possible to access your conversations from PC or from WhatsApp Web even without your smartphone. However, only four devices can be connected simultaneously to the platform.

The feature, that was promised in July, reached WhatsApp Beta users. Now, it is reaching all smartphones through the latest stable update for the application. The feature can be enabled in the “Linked Devices” section of the application. You can find it by pressing the three dots icon at the top right corner of the app.

When you enable this feature for the first time on your device, WhatsApp will show a notification. The message says that all the devices previously connected will be disconnected. As a result, you’ll need to perform a new login with the code sent to your device. After that, you’ll be able to use WhatsApp without having an internet connection on your smartphone.

Worth noting that the feature will change the security code of WhatsApp. For that reason, do not worry if you get one message that one fried has changed your application code. We believe that a lot of these messages will appear in the upcoming days.

Besides the newly granted freedom of using WhatsApp, the company still ensures that your data will remain encrypted. The company had to adapt its system to allow the use of multiple devices without the need for a smartphone connected to the internet. Now, every one of your devices has a distinct ID and all of them are linked to your account in the servers.

Besides the arrival of these highly-anticipated features, there are still some limitations. One of which is exclusive for those with iPhone devices. It’s not possible to clean or delete conversations on connected devices if your main device runs iOS. 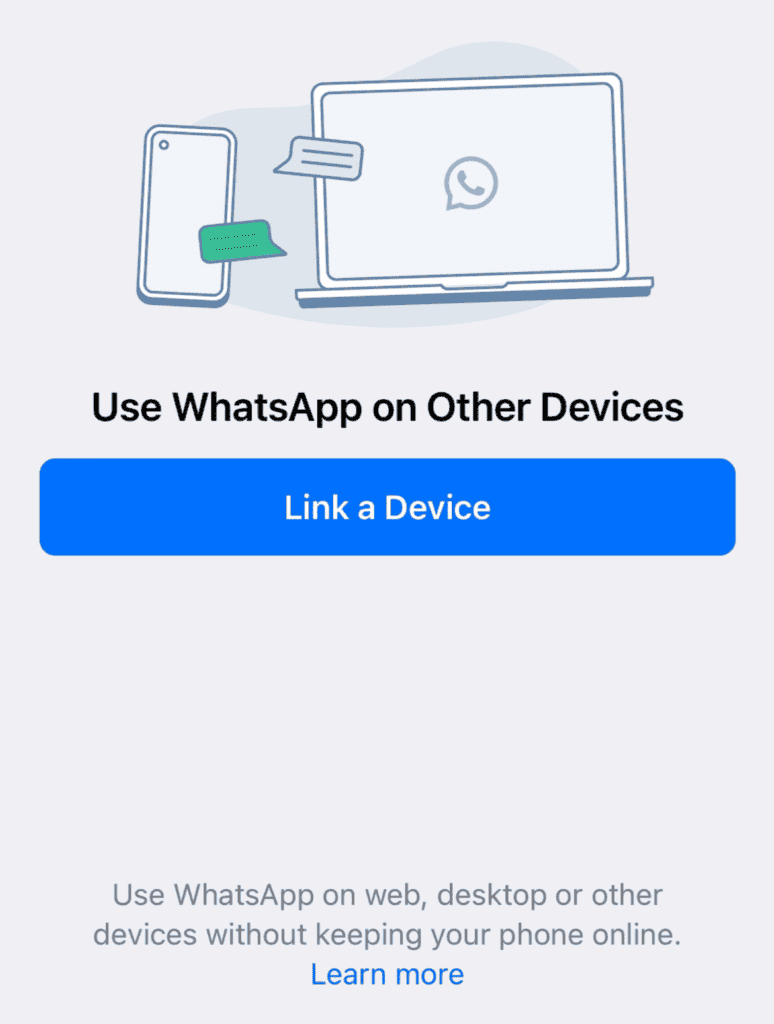 Another limitation is that WhatsApp is not allowing the use of this feature on Tablets. This may be a deal-breaker for some that were expecting to get their main WhatsApp account on a tablet or iPad. Moreover, the app will not allow calls or messages to devices that are running old versions of the app. Connected devices can’t see the real-time location and can’t create or see broadcasts.

You will still need your smartphone every 14 days

How to use WhatsApp without a Smartphone

The process to connect a new device is quite simple.

1: Just open the WhatsApp App and tap on the three-dotted icon, which is located on the top right corner of the screen.

2: Tap “Linked Devices” and then select “Link a Device”, the app will prompt you to scan a QR Code from web.whatsapp.com. You may need to select a “Join Multi-Device Beta” in case it shows up for you.

3: Head to Whatsapp Web and scan the QR Code.