Last month, Google officially released its latest flagship series, Google Pixel 6 series. This series has two smartphones, Google Pixel 6 and Pixel 6 Pro. These mobile phones come with a new refreshing design, better camera hardware, Google self-developed Tensor SoC, the latest version of Android System, and so on. However, many users have recently reported that on multiple Pixel devices (including Pixel 6), their phones will make calls to people for no reason.

The main problem reported by users is that sometimes their mobile phone will automatically light up and start calling contacts. These contacts seem to be randomly selected in the mobile phone contact list. Users report that the problem occurs on different Pixel devices, not only Pixel 6 but also Pixel 3a and Pixel 4a. This issue makes users very uncomfortable because they will need to explain those calls to the receivers. Furthermore, this could possibly generate high phone bills for the users. 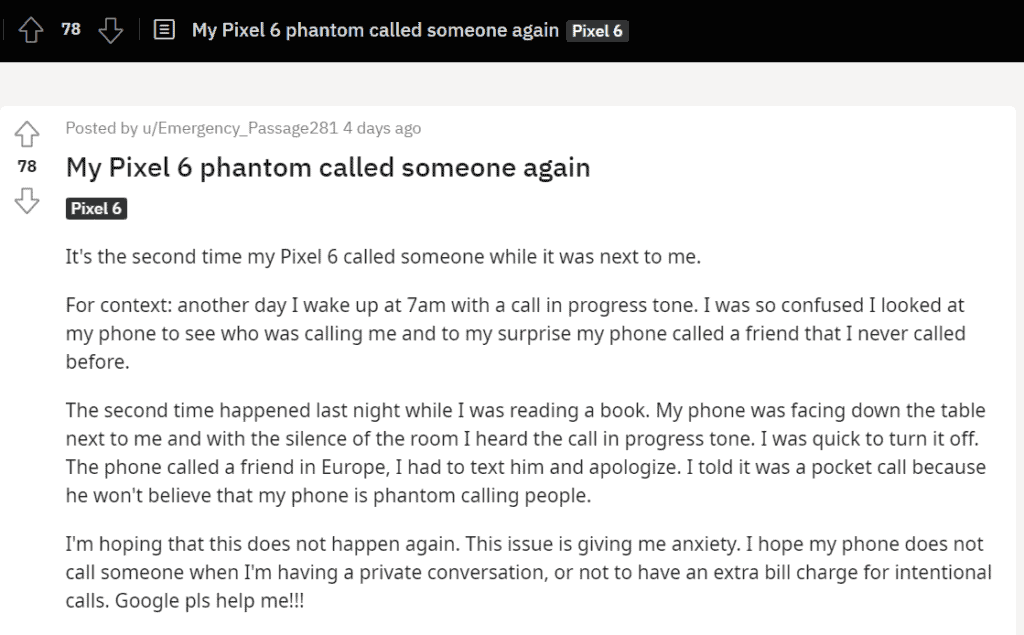 Some users checked the history of their mobile assistant Assistant and found that the Assistant was “telled” to make calls, even though some users were sleeping. Therefore, some users on Reddit seem to have found a fix, which is to disable the “OK Google” wake word detection. Some users said that after they disabled the lock screen Assistant, similar problems never occurred.

As of press time, there is no official information from Google regarding this issue. It is unclear whether Google will soon launch a fix for this problem. However, this is not the first issue to plague the Google Pixel 6 series. There have been reports of a bug that increases the size of the punch hole. Also, some users complain of screen flickering on the Google Pixel 6 Pro.