Infinix has marked a constant presence in the headlines lately. The Transsion Holdings-owned company has been working hard to expand its name across global markets. Interestingly, it is even playing with ground-breaking technologies like periscope cameras and crazily fast 160W charging. Unfortunately, we are yet to see a true flagship from the company, but there are promises for the future. Today, the company is reinforcing a department where it is clearly collecting good fruits – the mid-range department. The Infinix Note 11S is the latest edition of the company’s portfolio.

The Infinix Note 11S is the latest smartphone to join the newly-launched Infinix Note 11 series. The device is going official in the Thailand market and has good specifications for its price. Of course, we’re not seeing any of Infinix past promises in this handset. It’s just a plain mid-range smartphone for those who can’t pay much and still want to have a solid experience and a stylish design.

As usual, Infinix is sticking with MediaTek for this handset. However, the devices bring an Helio G96 which is a change from past handsets that came with the Helio G90 and G95. For starters, the Helio G96 brings the same DNA as its sibling, the big change is that it is now capable of handling 120 Hz refresh rate displays. And that’s exactly what the Infinix Note 11S offers. Specs-wise this is still is a 12 nm chipset with ARM Cortex-A76 big cores. The device has a single variant with 8 GB of RAM and 128 GB of Internal Storage. 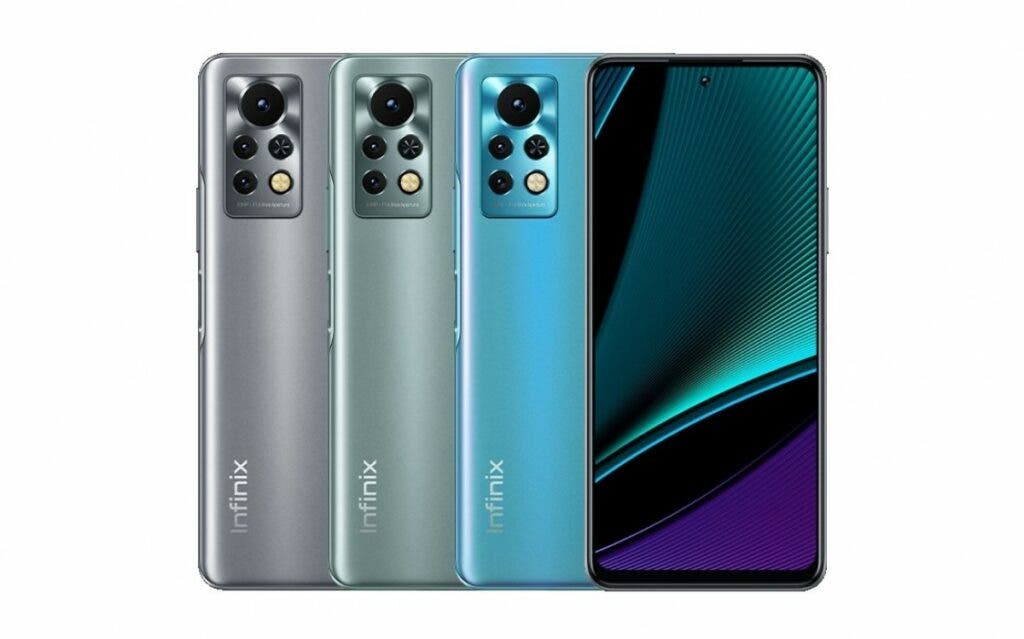 The Infinix Note 11S flaunts a 6.95-inch LCD with Full HD+ resolution and also has a 180 Hz touch sampling rate for a rapid. The handset boasts a center-aligned punch-hole for the 16 MP selfie snapper. Moving around to the back, we have five holes and a LED flash. However, only three of these are actual cameras. We have a 50 MP primary camera, and two 2 MP cameras for depth and macro.

The Note 11S runs with Android 11 with XOS on top. The company has been promising an Android 12 update for other devices in the Note 11 series, so we expect the 11S to get the same treatment in the future. The phone also offers two nano-SIM cards and a micro SD card slot for further memory expansion. The device has a 3.5mm headphone jack and a USB Type C port. The device draws powers from a huge 5,000 mAh battery with 33W fast charging.