Samsung Galaxy Tab S8+ has been spotted on Geekbench, revealing a few vital pieces of information about the upcoming tablet. The well-received Galaxy S-series tablets will be receiving a new member soon. The upcoming series will succeed the company’s Galaxy Tab S7 and S7+ tablets. The much-awaited S Series tablet has been floating around the rumor mill for a long time. The Galaxy Tab S7 and Galaxy Tab S7+ have garnered huge popularity among users.

Now, the South Korean tech giant is gearing up to unveil something even better in the form of the Galaxy Tab S8 series. Much to Samsung’s chagrin, some variants from the upcoming lineup have been subject to multiple leaks lately. A Vivo phone with the imminent Snapdragon 898 SoC appeared on Geekbench with unimpressive results. Now, the Galaxy Tab S8+ has arrived on benchmarking website with a relatively better result. However, it is worth mentioning here that the result is not final yet.

SamMobile has spotted a Samsung device carrying model number SM-X808U in Geekbench’s database. As expected, the Geekbench listing sheds light on the device’s specifications and other vital information such as the operating system it will be running on. According to the publication, the aforesaid device is the 5G-enabled variant of the upcoming Galaxy Tab S8+. Moreover, the report suggests that the 5G-ready model will be available exclusively in the United States. 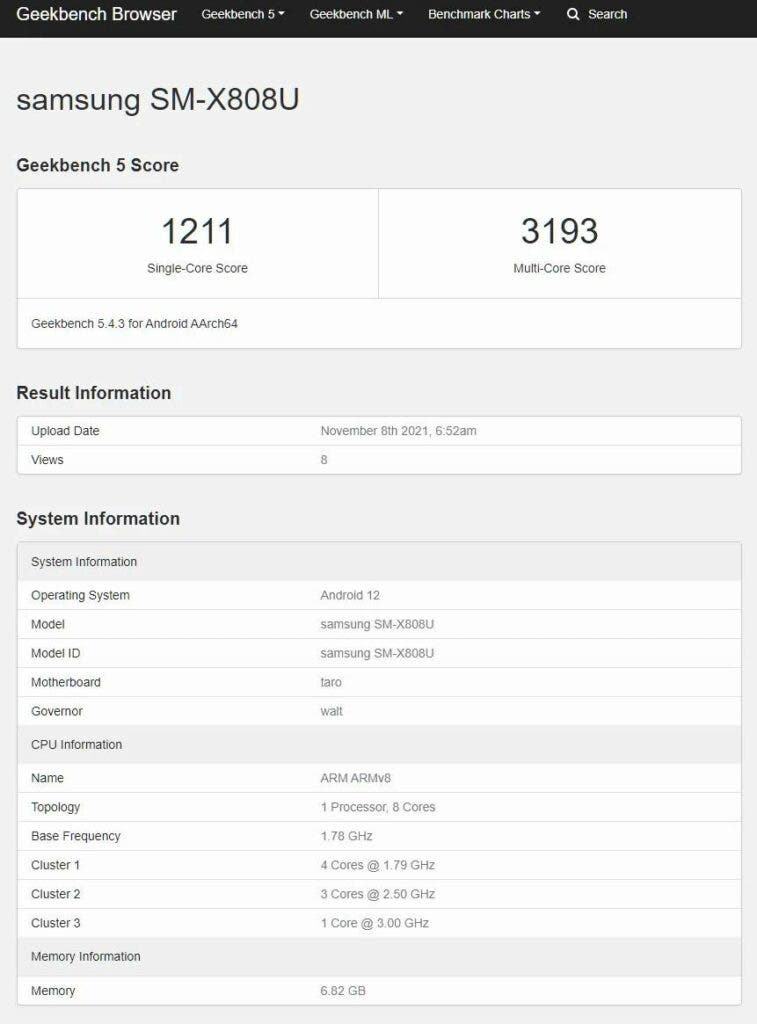 Earlier this month, the Galaxy Tab S8 appeared on Geekbench with key specifications. The recently spotted Geekbench listing suggests that the Galaxy Tab S8+ will pack Qualcomm’s upcoming flagship processor Snapdragon 898 under the hood. Furthermore, the device will reportedly ship with 8GB of RAM and run Android 12 OS out of the box. It remains to be seen whether or not Samsung will use the Android 12L on the upcoming tablet.

The Samsung device scored 1,211 points in single-core and 3,193 points in the multi-core CPU tests on Geekbench. Furthermore, the Tab S8+ will be a mid-tier variant in the upcoming Tab S8 lineup. Samsung could launch three tablets in the series. These include the Tab S8 Ultra, Tab S8+, and Tab S8. The most notable difference between the aforesaid models could be the display. The standard Tab S8 could sport an 11-inch display. However, the Galaxy Tab S8+ is likely to feature a larger 12.4-inch display. 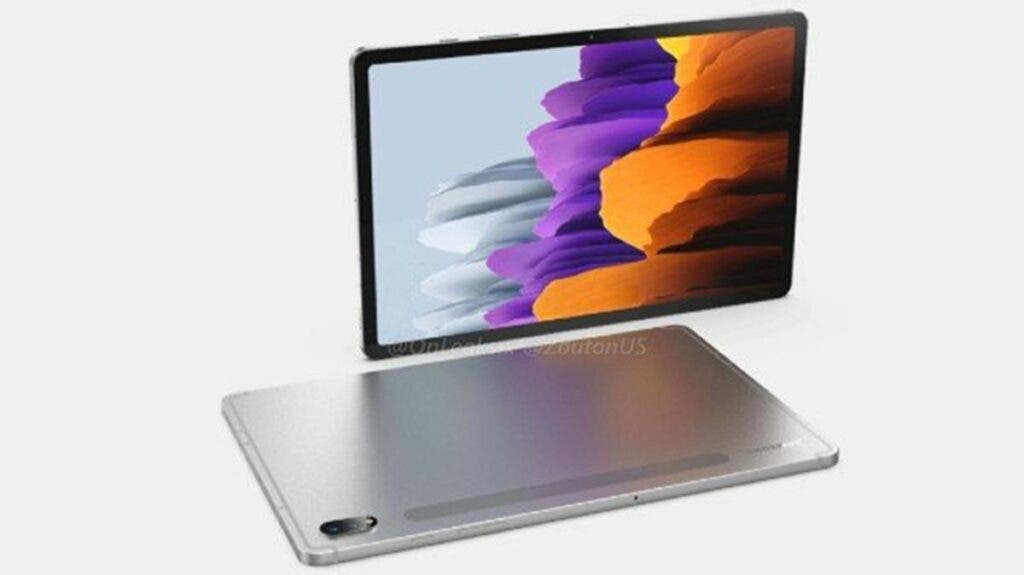 The Tab S8 Ultra, on the other hand, could come with a 14.6-inch OLED display. Interestingly, all three displays could offer a refresh rate of 120Hz, despite their different sizes. Aside from that, Samsung may decide to power up the new devices with the Snapdragon 898 or the Exynos 2200 based on the region. Furthermore, the word on the street is that the Tab 8 lineup will offer 45W fast charging support. There will be Wi-Fi-only models, as well as 4G LTE, and 5G-enabled variants.