The recently surfaced Motorola Moto G31 renders offers a glimpse of the upcoming smartphone’s punch-hole display and more. Motorola is still mum on the Moto G31 launch date, and other key details. However, the rumor mill suggests that the American telecommunications company will be unveiling the Moto G31 later this year. In the meantime, the upcoming smartphone has been floating around the rumor mill and making multiple appearances online in the form of leaks. 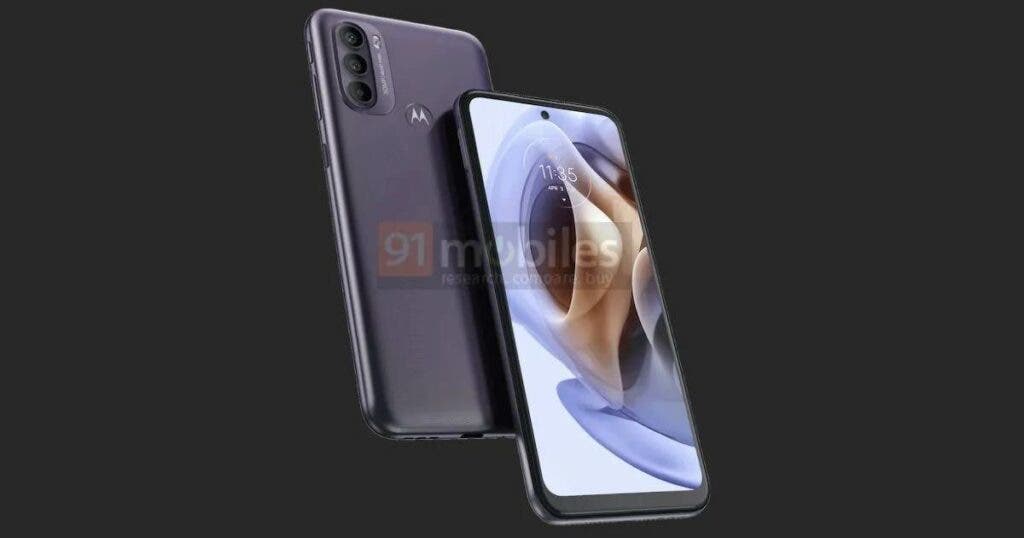 The latest budget offering from Motorola is likely to boast sufficiently good features, paired with equally decent specifications. The handset recently made an appearance on the NCC. The listing gave us our first look at the smartphone’s design and camera setup. Now, more pieces of information about the upcoming phone have popped up on the internet in the form of alleged renders. These newly spotted images show the display and the rear-mounted camera setup.

The word on the street is that Motorola will be bringing the Moto G31 into the Indian market soon. Industry sources have confirmed to 91mobiles that the smartphone will be available in two color options in the country. The G31 has surfaced in two eye-catching colors including Black and Blue. Moreover, the budget offering could house a fingerprint sensor at the back, rather than featuring it on the side. Other notable details include a punch-hole cutout which is available at the top center of the display. The aforesaid punch hole accommodates the front shooter of the Moto G31. 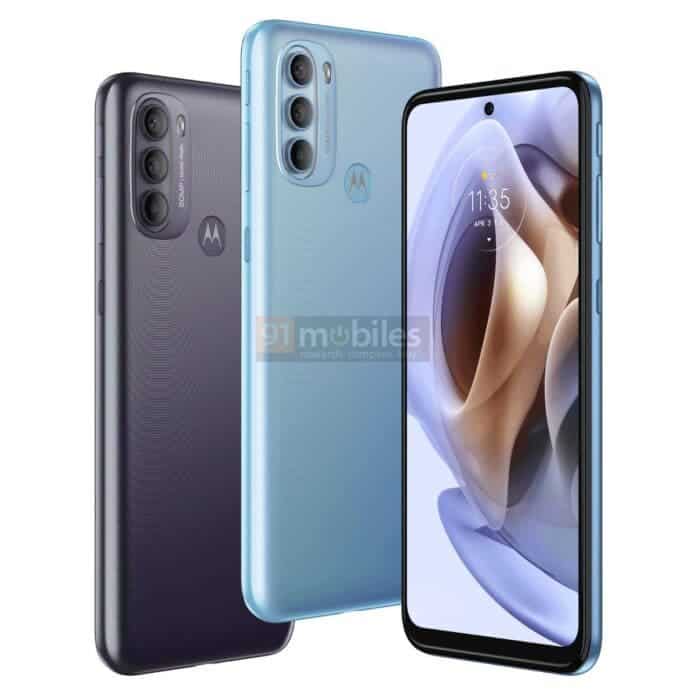 The right side houses a power button and the volume rocker. Aside from that, there’s a dedicated button to summon the Google Assistant on the right frame. The rear-mounted cameras are available inside a vertically aligned camera module. This includes a 50MP main camera. Regrettably, details about the other two cameras are still scarce. These details coincide with the information shared by tipster Anthony. Moreover, the leaker claims that the phone will draw its juices from a 000mAh battery that supports 10W fast charging.

According to Anthony, the Moto G31 could retail for $210, which converts roughly to about INR 15,600. Aside from that, earlier leaks suggest that the phone will sport a 6.4-inch OLED screen with FHD+ resolution. To recall, the Moto G30 features an IPS LCD display with HD+ resolution. The back panel will probably house the Motorola logo, alongside a fingerprint scanner. Furthermore, the phone will come running Android 11 out of the box. For connectivity, the G31 will offer a 3.5mm audio jack, and a USB Type-C port. The bottom edge has a speaker grille and microphone.