According to Korean media, nearly half of the smartphones and tablets that Samsung Electronics plans to release in 2022 will use Qualcomm chips. However, as the shortage of chips continues, these plans may change. By the way, since the beginning of this year, Samsung has been in trouble due to its inability to purchase chipsets from Qualcomm.

TheElec reports that Samsung Electronics will launch 64 smartphones and tablets next year. 31 of them are planned to use chipsets provided by Qualcomm. Apart from this, 20 out of 64 will use Exynos chipsets jointly developed by Samsung Electronics and AMD. Lastly, 14 will use MediaTek chipsets and 3 models will use UNISOC chipsets.

It is worth mentioning that the flagship Galaxy S22 series will use not only Qualcomm Snapdragon 898 chip but also the Samsung Exynos 2200. In this sense, the Galaxy Z Fold 4 and Galaxy Z Flip 4 will use Snapdragon 898 only. 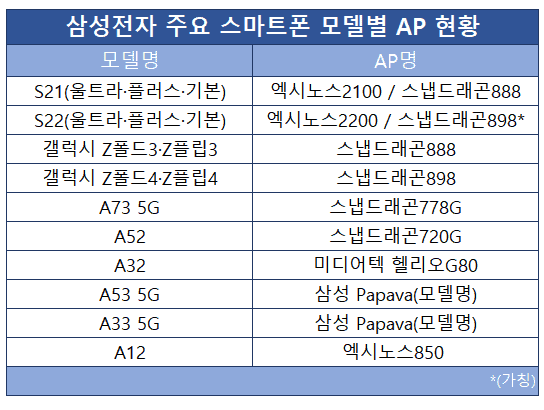 At The Same Time, MediaTek and Qualcomm Change Naming Principles

We have already informed you that Qualcomm will change the principles of naming its chipsets. The same will happen to the MediaTek chips. Today, a Weibo tipster said that MediaTek’s next-generation flagship processor will not be called the Dimensity 2000 but the Dimensity 9000.