Huawei MateBook E (2022) 2-in-1 device has been launched with an impressive array of features and top-end specifications. On Wednesday, the Chinese tech company unveiled its new 2-in-1 offering. Huawei has been leaving no stone unturned in a bid to tighten its grip in the laptop segment. The newly launched Huawei MateBook E will be locking horns with the Microsoft Surface Pro 8. The Matebook E was recently spotted in a new app on Microsoft Store. 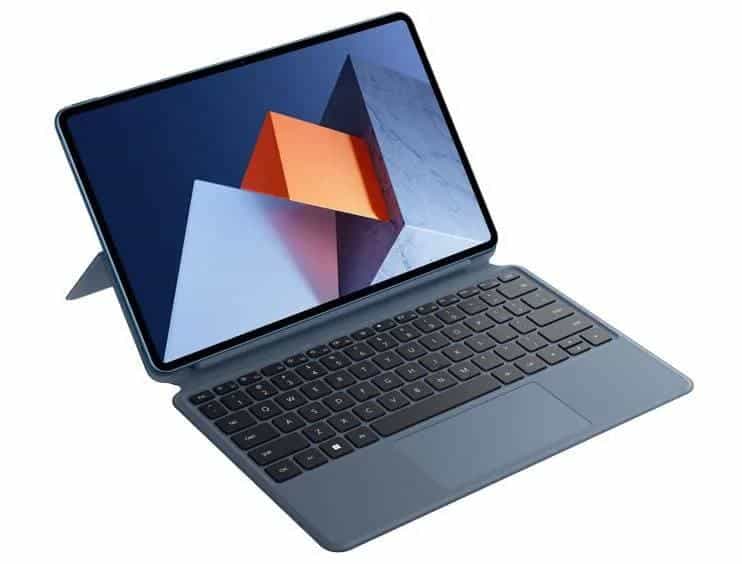 Moreover, you can choose between Nebula Ash and Interstellar Blue color options. Details about the notebook’s pricing and availability in other regions are still scarce. It is unclear whether Huawei will be bringing its new Huawei MateBook E into global markets. However, it is goes official in other regions, the notebook is likely to carry a steep price tag.

The recently unveiled notebook features a 12.6-inch OLED display that delivers a resolution of 600×1,600 pixels. The screen offers an aspect ratio of 16:10 and a screen-to-body ratio of 90 percent. Aside from that, the screen can deliver a brightness of up to 400 nits. Under the hood, the notebook packs either the 11th Gen Intel Core i5-1130G7 or the 11th Gen Intel Core i7-1160G7 processor. Aside from that, it comes with competent Iris Xe graphics.

Furthermore, the Huawei MateBook E (2022) ships with 16GB of LPDDR4x RAM and offers up to 512GB of PCIe NVMe SSD. The notebook comes with multiple modern wireless connectivity options such as Bluetooth 5.1 and Wi-Fi 6. Aside from that, it has a 3.5mm headphone jack and a Thunderbolt 4 port. For optics, the notebook houses an 8MP front shooter and a 13MP camera at the back. Also, it has four speakers, and microphones for a seamless communication experience.