In Microsoft Feedback Center, some users recently complained that when using applications containing WinUI or XAML UI elements in Windows 11, their computers will have some screen performance problems. For example, when using Windows File Explorer on the Dev preview version of Win11, the interface crashes or freezes randomly.

Also, another user on the Microsoft Feedback Center claims that when using OneDrive to synchronize folders, the overall smoothness of the software interface has dropped significantly. Furthermore, the response of the application is quite laggy. However, using the F11 button to display on full screen can alleviate it. This is only a temporary fix and it is by no means a long-term solution. Thus Microsoft needs to improve the performance of Windows screen components.

In response to this situation, Microsoft officially stated that it is currently working hard to enhance the performance of the Dev preview channel Windows 11. It will make improvements in the Build 22478 version to solve the situation of bugs in the system.

In addition, the Microsoft UI team also plans to focus on improving the performance of the system UI in 2022. Regarding the issue with “Windows 11 programs that contain WinUI or XAML elements”, Microsoft claims that it will take care of this issue. According to the company, it will improve the Windows App SDK 1.1 version next year.

Recently, Microsoft announced the push of Build 22494 update for Win 11. After this update, many tools for customizing third-party browsers will become invalid. This will cause users to only use the Edge browser in many scenarios. The company has been vigorously promoting its Edge browser in the past few years. The company is even forcing users to open links using the Edge browser through the Microsoft-edge://agreement. In this regard, some users have developed tools like EdgeDeflector to counteract this. Such tools can modify the Microsoft-edge:// protocol to direct the connection to the third-party browser set by the user. However, the latest update for the Microsoft Win 11 makes these tools completely invalid. 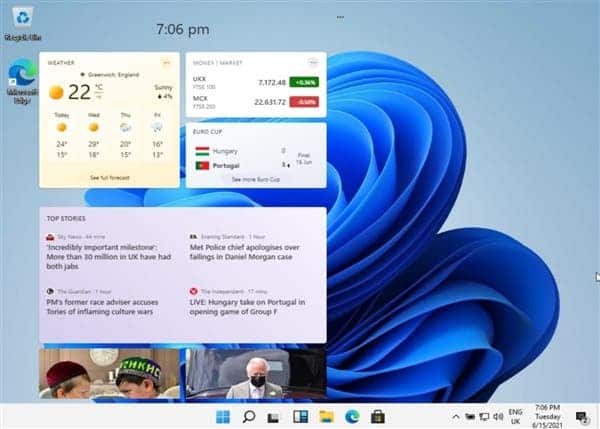 In Build 22494 of Microsoft Win11, the company modified the Microsoft-edge:// agreement so that the agreement could not be hijacked. Of course, many users are not satisfied with Microsoft’s actions. Nevertheless, Microsft claims that it is just “fixing loopholes” and everything it did is to improve the user experience.

In response, a Microsoft spokesperson stated that Win 10 and Win 11 provide a large amount of “end-to-end customer experience”, taskbar search, and Win 11 news widgets are such end-to-end experiences. The company claims that none of these are features are designed to redirect to third-party browsers.

“When we become aware of an incorrect redirect, we will issue a fix to it,” a Microsoft spokesperson said.

According to the company, the “fix” will be available to beta users and preview channels this Friday. Other users will receive the fix in future system updates.