The Samsung Galaxy S21 FE 5G smartphone will succeed the Galaxy S20 FE, which was launched in 2020. The phone was originally slated to launch this year. However, the South Korean tech giant pushed the launch date back a few months citing some internal issues. At one point, reports were hinting at the cancellation of the Galaxy S21 FE. However, if a new report from 91mobiles is anything to go by, the phone could see the light of the day early next year.

As mentioned, Samsung Galaxy S21 FE official images have been making the rounds online for quite some time now. However, 91mobiles have managed to get their hands on some real-life photos of the handset. The high-end flagship smartphone will be housed in a plastic frame. Despite being a high-end flagship smartphone, the Galaxy S21 FE 5G will be more affordable than the standard variants. The report attributes the affordable price tag to the phone’s plastic body and various other price cuts. 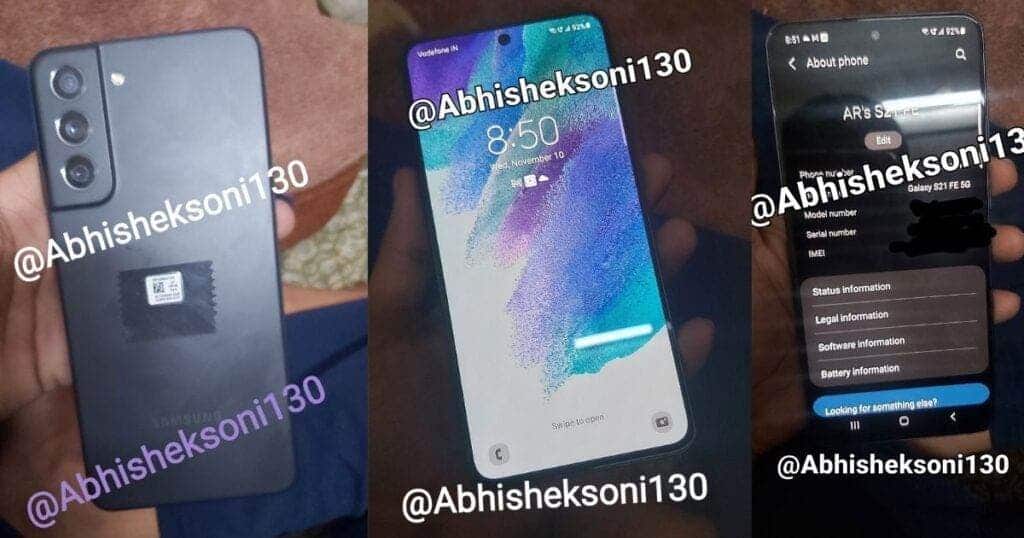 Following in the footsteps of its predecessor, the Samsung Galaxy S21 FE 5G will feature a plastic rear panel that has a matte finish. Furthermore, the phone will reportedly house three rear-mounted cameras, just like the Galaxy S21. The phone’s display could offer a 120Hz refresh rate. Aside from that, the Galaxy S21 FE will weigh less than the standard S21 variant. The phone showcased in the alleged live images looks exactly like the device revealed in previously leaked renders.

The Galaxy S21 FE smartphone seems to have slim bezels. The display houses a punch-hole cutout at the center to accommodate the selfie camera. Moreover, the smartphone’s rear camera setup seems to draw inspiration from the standard Galaxy S21 smartphone’s rear camera module. Despite being made using plastic material, the back looks pretty premium. Previously tipped specifications suggest that the phone will sport a 6.4-inch FHD+ AMOLED display that offers a refresh rate of 120Hz.

Furthermore, the Galaxy S21 FE will reportedly pack a Snapdragon 888 chipset under the hood. It is likely to ship with up to 12GB of RAM and offer a hefty onboard storage capacity of 256GB. It houses a triple camera module at the back featuring a 64MP main camera. Moreover, the phone will be drawing its juices from a 4,500mAh battery that supports 15W fast charging, according to AndroidPolice. Upfront, the phone will feature a 32MP shooter for capturing selfies and video calling.