MediaTek supplies its chips to a number of Android smartphone makers. But we should note that the company’s high-end products have never reached the level of the Qualcomm Snapdragon series ever. However, MediaTek’s latest Dimensity 9000 may eventually change this story.

MediaTek's new Dimensity 9000 processor is way ahead of the Qualcomm Snapdragon 888. Throwing down the gauntlet for whatever Qualcomm does in two weeks. pic.twitter.com/sQbJ5tSmJs

MediaTek claims that the Dimensity 9000 chip’s multi-core performance is comparable to the Apple iPhone 13 A15 chip. Moreover, its overall performance is 35% better than that of the Snapdragon 888. 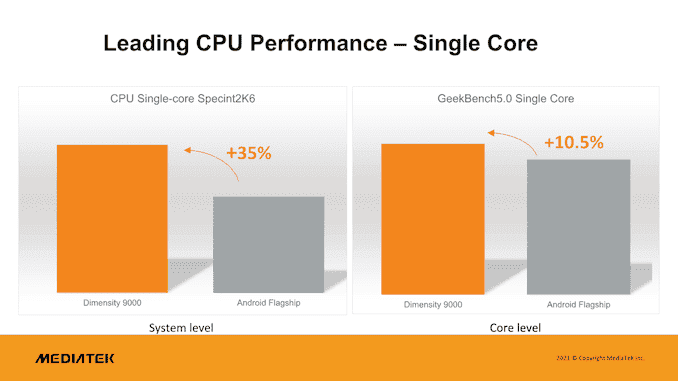 In order to further improve the functions of the chip, the image signal processor is a 7th generation 18-bit Imagiq ISP. The latter can capture 320MP images and transmit data at a speed of 9 billion pixels per second. The onboard modem supports 5G networks. But it only supports a sub-6GHz standard, not a millimeter-wave. This means that the chip is likely not to be used in the United States. As you should be aware, the major US operators are very concerned about the millimeter-wave 5G standard. Anyway, our protagonist also supports Bluetooth 5.3 and Wi-Fi 6E. 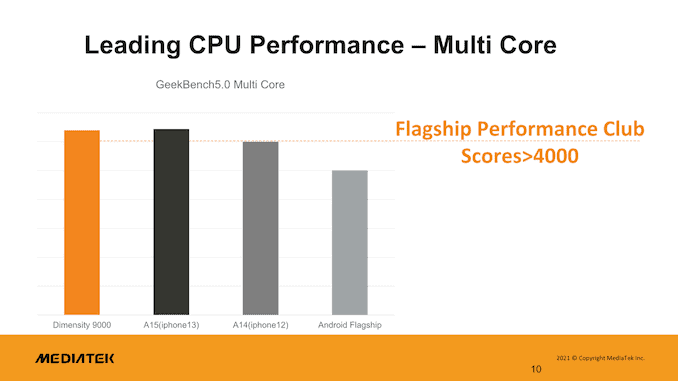 Now, when we know everything about this chip, let’s see how it performs in the benchmark. MediaTek said that the Dimensity 9000’s multi-core score is roughly equivalent to Apple iPhone 13’s A15. In general, it gets more than 4000 points. However, MediaTek did not disclose the comparison with other aspects of Apple’s chips. Generally speaking, Apple’s chips are often much more powerful than other mobile chips.

In terms of artificial intelligence, MediaTek claims that the Dimensity 9000 chip beats the Google Tensor chip as well. The Tensor has shown that it has the strongest artificial intelligence performance on mobile chips. However, MediaTek claims that Dimensity 9000 AI performance will exceed Tensor by approximately 16% and exceed Apple’s latest chip by as much as 66%.

Previous List of 118 Xiaomi devices that should receive MIUI 13