MIUI is where Xiaomi started. Since its inception, the shell has attracted attention for its sophistication, originality and flexibility. At the moment, several versions of the firmware for smartphones have already been released and the current iteration has the serial number 12.5. But soon it should be replaced by MIUI 13, we expect its announcement in December.

A few days ago, closed beta testing of MIUI 13 started for 7 flagship smartphones. These are not all models that can be updated to the new version of the proprietary shell. The list of devices that will receive MIUI 13 should be quite extensive and, according to experts, there should be 118 such devices. At this stage, the list of models looks like this: 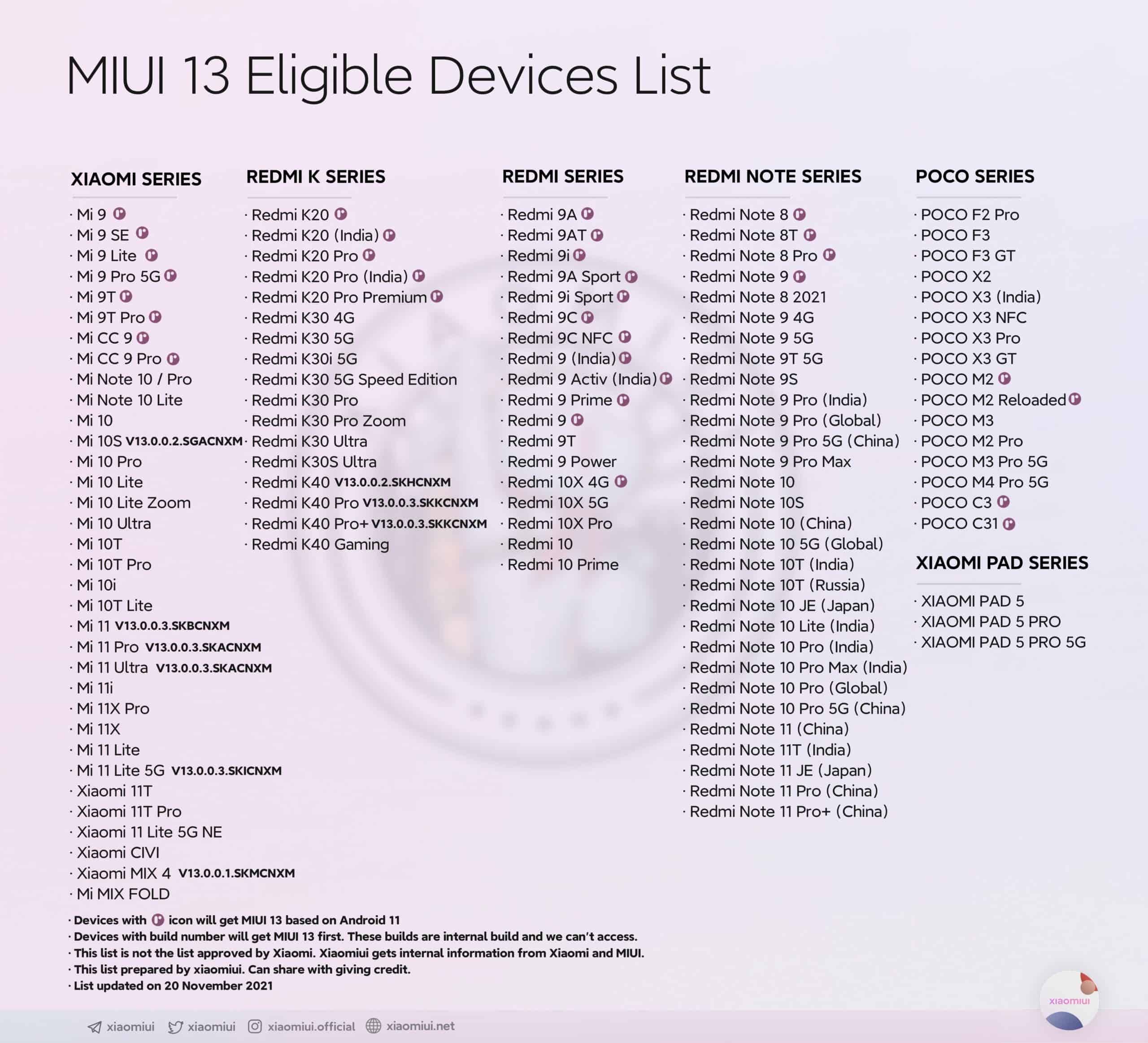 Let’s make a note right away that this is an unofficial list. It is expertly crafted by Xiaomiui experts based on Xiaomi’s update policy. It is noteworthy that the list of those who can count on getting MIUI 13 includes 2019 models. According to reports, the new firmware version will reach the lines of Xiaomi Mi 9, Redmi K20 and Redmi Note 8. We expect that a new wave of beta testing will start on November 27, and MIUI 13 should be presented on December 16 on the same day with the release of Xiaomi 12.

We know that MIUI 13 is based on two versions of the green robot: Android 11 and Android 12. In the new firmware, the developers have redrawn the interface, added new application icons and widgets, changes will affect the home screen and the control center.

Xiaomi is finalizing preparations for the announcement of the Xiaomi 12 and is also preparing to present the proprietary MIUI 13 interface. The firmware is already in tests on a number of devices; and we know which models may be in the first wave of the update.

We already know that the next major event Xiaomi should take place in December, where Xiaomi will present 12. Also, probably, the company is watching the attempts of insiders and ordinary people to predict the exact date of the presentation. Just another prediction arrived recently about when the premiere of Xiaomi 12 may take place.

Rumor has it that the presentation of the flagship will take place on December 16. Interestingly, the presentation itself promises to be long and last four hours. It’s too long to show just one product, which means the company will be showing several new products. In addition to Xiaomi 12, it may present MIUI 13 and an updated version of the foldable Xiaomi Mix Fold. But you shouldn’t count on the announcement of Xiaomi 12 Pro and Xiaomi 12 Ultra. Most likely, the company saves their release until 2022.