Google phones are a proud bunch of devices that have been quite expensive for a long time. And two years ago, the company decided that users who have a small budget for buying a smartphone are also worthy of a cool camera. This is how simplified models with the letter “a” were born.

Now Google is preparing for the release of the Google Pixel 6a, which will become a compact and lite version of the Pixel 6. It was logical to assume that the camera in the new product will be like its older brothers and the company will continue to bring to the masses “an excellent camera for an inexpensive budget”. But rumors circulated online that the Pixel 6a could be simplified on the camera side as well.

So, there was talk that the company could not part with the 12MP Sony IMX363 sensor, which is installed in several generations of Pixel devices, and the Pixel 6a will also be honored with this sensor. But today, one of the network insiders has inspired hope and optimism that the new product should shoot no worse than the Pixel 6.

In particular, the message came that the Google Pixel 6a should receive a 50-megapixel Samsung GN1 sensor. Recall that this sensor acts as the main sensor in the main camera of the Google Pixel 6 and Pixel 6 Pro. Among other things, the source confirmed the installation of the Snapdragon 778G chip in the Pixel 6a. 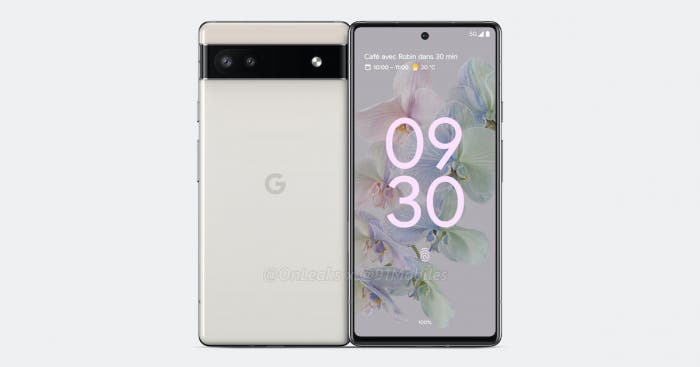 Google Pixel 6a may lose the 3.5 mm jack

The online edition 91Mobiles, with reference to the authoritative insider Steve Hemmerstoffer, aka @OnLeaks, has recently published the first renderings of the Google Pixel 6A smartphone. The device is made in the style of the Pixel 6 series and, it seems, has lost the 3.5 mm headphone jack.

The rendered Pixel 6A, which belongs to the budget Pixel A line; is actually almost identical to the standard Pixel 6. On the back there is the same elongated black block that houses two cameras and a flash; there is also a notch in the display for the front camera. The lower part houses the USB-C port, speaker and microphone. The body seems to be missing a fingerprint sensor – probably located under the screen; like on the Pixel 6 and Pixel 6 Pro models; for which Google recently released an update to speed up its performance.

The Pixel 6A also lacks a 3.5mm headphone jack. If the renders are correct, then this will be the first mid-range Pixel smartphone to be devoid of this connector. The Pixel 3A, 4A and 5A had them, in contrast to the corresponding “full-bodied” models. Pixel 6A may also be more compact than Pixel 6 and Pixel 6 Pro: according to preliminary data; its dimensions are 152.2 × 71.8 × 8.7 mm with a 6.2-inch display diagonal. The release date of the Pixel 6A is still unknown; especially since the Pixel 6 and Pixel 6 Pro have just been released.