Earlier this year, Motorola unveiled the Moto Tab G20 to compete with the likes of the mid-range tablet segment in India. Now, it seems that the company is preparing a new contender dubbed Moto Tab G70 LTE. This device has acquired approval from the Bureau of Indian Standards which hints at an imminent release in the country. One time that the Moto Tab G20 was a rebranded Lenovo tablet, we can expect the Moto Tab G70 LTE to also be based on one of Lenovo’s tablets.

This device was recently spotted on the Google Play Console. The listing brings some details about the tablet, as hardware and display resolution. According to it, the Moto Tab G70 will flaunt a WUXGA+ display with a resolution of 2,000 x 1,200 pixels. Interestingly, it will carry the MediaTek Kompanio SoC with model number MT8183A.

The listing also suggests 4 GB of RAM but there could be other RAM variants. Unfortunately, it will run Android 11 instead of Android 12, and we haven’t any idea of when it will get the newer version. The Moto Tab G70 also appeared on the Geekbench listing with a “P11” motherboard. Therefore, we can expect the new slate to be a tweaked version o one of the Lenovo Tab P11 series models. 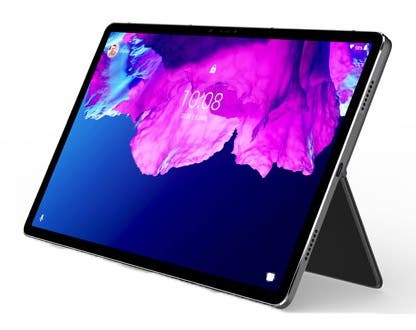 The new tablet could be a customized Lenovo Tab P11 Plus. If that is the case, then we can guess some of the device’s specifications. The P11 flaunts an 11-inch LCD screen with LPDDR4X RAM and UFS Storage. The device has Quad Speakers with Dolby Atmos, a dual-microphone array, a 13 MP rear camera with autofocus, and an 8 MP front-facing snapper. The tablet also offers dual-band Wi-Fi, USB Type C (2.0), support for styluses, keyboard accessory support, and more.

Interestingly, the “LTE” suffix in the device’s certification suggests it’s a variant with cellular connectivity. We should see it being priced above regular tablets with Wi-Fi-only connectivity. We don’t expect a WiFi-only variant to debut in India.

The market of tablets has been trending again with the arrival of new companies like Realme. The pandemic created a demand for this kind of product, especially for home education and home-working. Lenovo always has been a company that focused on this market, but apparently, it’s not satisfied with the results under its branding. The arrival of Motorola-branded tablets may be a new marketing strategy to sell its hardware.