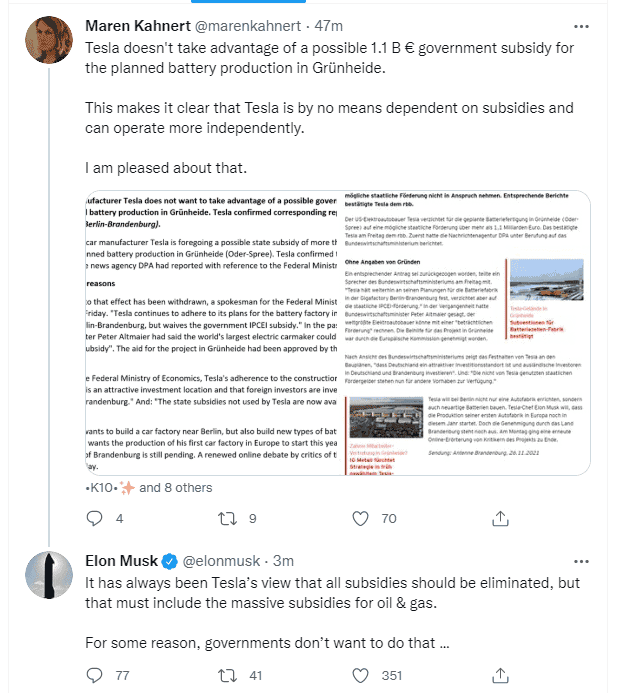 According to reports, a spokesperson for the German Ministry of Economic Affairs said that Tesla has withdrawn its application for subsidies for its battery factory in Brandenburg, a suburb of Berlin. The spokesperson said: “Tesla will continue to adhere to its plan to build a battery factory at the Gigafactory in Brandenburg, but will no longer apply for state subsidies”.

In January of this year, the European Union approved a 2.9 billion euros (about $3.5 billion) assistance program. This includes state assistance to companies such as Tesla and BMW to support local production of electric car batteries. According to the plan, Tesla is expected to receive 1.14 billion euros ($1.28 billion) in subsidies. The exact amount was originally planned to be released before the end of this year. However, Tesla has now withdrawn its application.

According to information on the Brandenburg government website, Tesla also applied for local funding subsidies from Brandenburg in November 2020. A spokesperson for the Brandenburg Ministry of Economic Affairs stated that the application has not been withdrawn. The amount of subsidy applied by Tesla is unknown, but according to regulations, investments worth more than 100 million euros will usually receive a subsidy of 6.8%. According to estimates by the German Ministry of Economic Affairs, Tesla will invest 5 billion euros in battery factories.

Elon Musk’s Tesla will spend more than $1 billion to build its manufacturing base in Austin. According to the company, it hopes to complete the construction of this factory by the end of 2021. Multiple documents submitted to the Texas State Licensing and Regulatory Department provided information on the total cost of Tesla’s new assembly plant. This includes the cost of painting, casting, stamping, and BIW facilities. Tesla submitted documents to the Texas Department of Licensing and Regulatory (TDLR) to open a new factory. The documents show that it plans to complete the assembly, painting, casting, stamping, and construction of the body workshop facilities before December 31 this year. 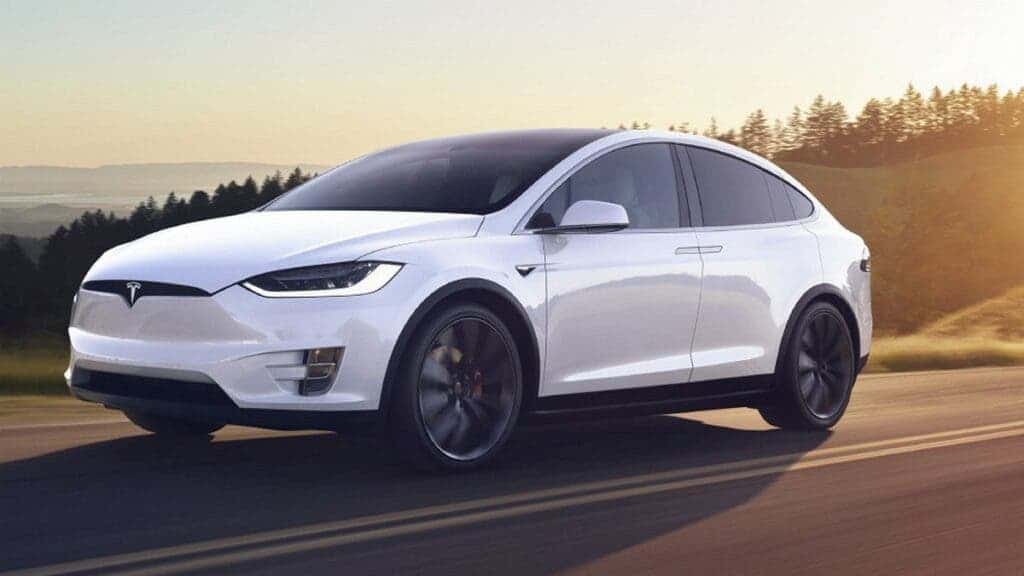 The total area of ​​the above five facilities will be close to 4.3 million square feet (approximately 39.94 square meters). Furthermore, the total cost of the factory will be $1.06 billion. According to the document, the budget for the BIW workshop is $182 million. Furthermore, the budget for the final assembly workshop is $493 million. In addition, the painting, casting, and stamping workshops have budgets of $126 million, 109 million, and 150 million respectively.

The first model produced at the plant will be Tesla Model Y, and the plant will also produce Model 3, Cybertruck, and Semi trucks in the future. Tesla has stated that the plant will produce as many as 500,000 Model Y each year. As of now, Tesla has only one domestic factory in Fremont, California. The company also has a manufacturing plant in Shanghai, China, and is building a factory near Berlin, Germany.