The market for tablets has been trending again since the last year. As a direct reflection of this rise in sales, smartphone brands are expanding their business to this segment. A good example is Realme that unveiled earlier this year its very first tablet. We also saw the arrival of new Motorola-branded tablets, although they are based on Lenovo models. Now rumors say that Vivo will unveil its very first tablet, the Vivo Pad, with Qualcomm Snapdragon 870 SoC.

Previously, Vivo was rumored to launch its first tablet in January. However, this didn’t happen. Later in August, vivo VP said that the company will move its tablet to the first half of 2022, meaning anytime between January and June. While we wait for official information, the reputed leakster Digital Chat Station, revealed that the company will unveil its first tablet with Snapdragon 870 SoC at the helm. However, it’s unclear if they are referring to Vivo’s first tablet or a different model.

Unfortunately, we don’t know how Vivo will call its first tablet. It has trademarked the name “Vivo Pad” with the European Union Intellectual Property Office (EUIPO) in June under Class 9. Apparently, Chinese brands will keep using simple nomenclature for their tablets. It’s understandable, as the company probably will launch one tablet per year if the first one proves successful. 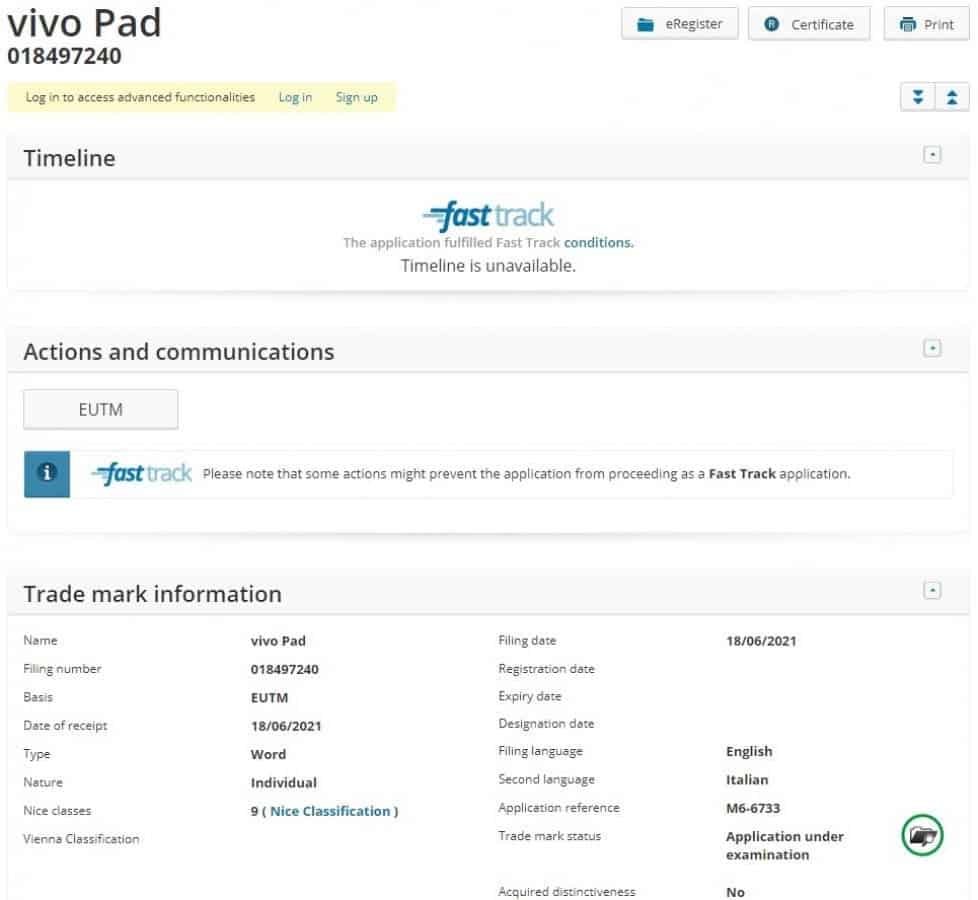 Other details include an 8,040 mAh battery inside of a Vivo device which was spotted on TUV’s website.

Worth noting, that Vivo will be the second company under the BBK Electronics group to launch a tablet. Realme also belongs to the group and launched a tablet earlier this year, which coincidentally or not bears the Realme Pad moniker. The device is a cost-effective model with an Helio G80 SoC, 10.4-inch display, and 7,100 mAh battery. Despite the low-end processing power, the device comes with a premium slim design with a metal build. It makes a sensor for BBK Electronics to push a new tablet with premium specifications using Vivo’s name.

While Realme is commonly associated with the mid-range or flagship killer segment, Vivo is closer to the premium segment and the same goes for Oppo.

Interestingly, even Oppo is planing a tablet for the market. It will also pack a Qualcomm SNapdragon 870 SoC, with 6 GB of RAM and 256 GB of Internal Storage. It will run ColorOS 12 and will sport a 120 Hz refresh rate. The same leakster says it will flaunt an 11-inch LCD with a 2,560 x 1,600 resolution.