Just recently, a Vivo smartphone with model number V2164A received approval from the 3C authority of China. Thanks to a previously leaked IMEI database listing we knew that this device was associated with the Vivo Y55s moniker. Now, a listing of the phone has emerged at China Telecom’s website. The device is yet to hit the market “officially”, but thanks to this listing we already have the full specifications and images to look at. According to the listing, the Vivo Y55s will hit the shelves in China on December 4.

Under the hood, the handset has the MediaTek Dimensity 700. This chip carries the MT6833 model number and is present in the listing. For those unaware, this chip brings 5G connectivity. Moreover, it packs two ARM Cortex-A76 cores clocked at 2.2 GHz and six power-efficient ARM Cortex-A55 cores clocked at 2 GHz. This chip can handle most of the apps without any hassle. 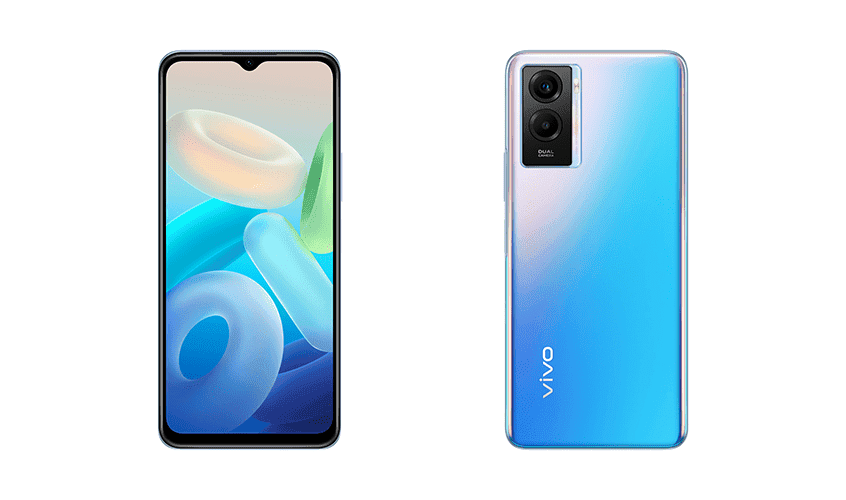 Games will be supported, but demand ones should work only with moderate settings. The device will come in a single variant with 8 GB of RAM and 128 GB of Internal Storage. We can expect a micro SD card slot allowing users to expand the memory a little bit.

The Vivo Y55s will draw its powers from a massive 6,000 mAh battery. As per the 3C listing of the handset, it will come with 18 W fast charging. The device has dual SIM support, Wi-Fi, Bluetooth, a USB C port, and a 3.5 mm audio jack. It also features a side-mounted fingerprint scanner.

China Telecom’s listing also reveals the price of the device. The Vivo Y55s is listed with a price of CNY 1,899 which is just around $297. The listing goes further confirming it will come in three colorways. Namely, we have Ceramic Black, Mirror Lake Blue, and Cherry Pink Meteor. As aforementioned, the Vivo Y55s will hit the shelves on December 4. For now, there is no mention of global availability. However, we can expect it to hit some other markets in Asisa in the future.