Oppo Foldable smartphone’s camera and display specifications have popped up on the internet ahead of launch. Oppo’s maiden foldable smartphone has been floating around the rumor mill lately. Moreover, the device has been subject to a lot of official-looking leaks. Aside from that, some vital information about the upcoming foldable device has been surfacing online for quite some time now. Aside from that, the Oppo Foldable phone’s launch date details made appearance online earlier this month.

As mentioned, the Oppo Foldable phone has made multiple appearances online in the form of leaks. Earlier this month, the Oppo Foldable phone’s patent images were spotted online. As expected, the recently leaked images offered us our frst look at the company’s upcoming foldable device. Interestingly, the patent images corroborated earlier leaks. It shows a design that resemble the outward appearance of an Oppo prototype smartphone with a folding screen, which was spotted online in 2019.

Noted leaker Digital Chat Station claims that the Oppo Foldable phone will adopt a newfangled inward folding design. Moreover, it will probably transform into a tablet when unfolded, just like the Huawei Mate X2 and the Galaxy Z Fold3. Furthermore, the leaker predicts that the Oppo Foldable phone will have slightly curved edges. Aside from that, the display will deliver a refresh rate of 60Hz and will feature a punch hole in the center. 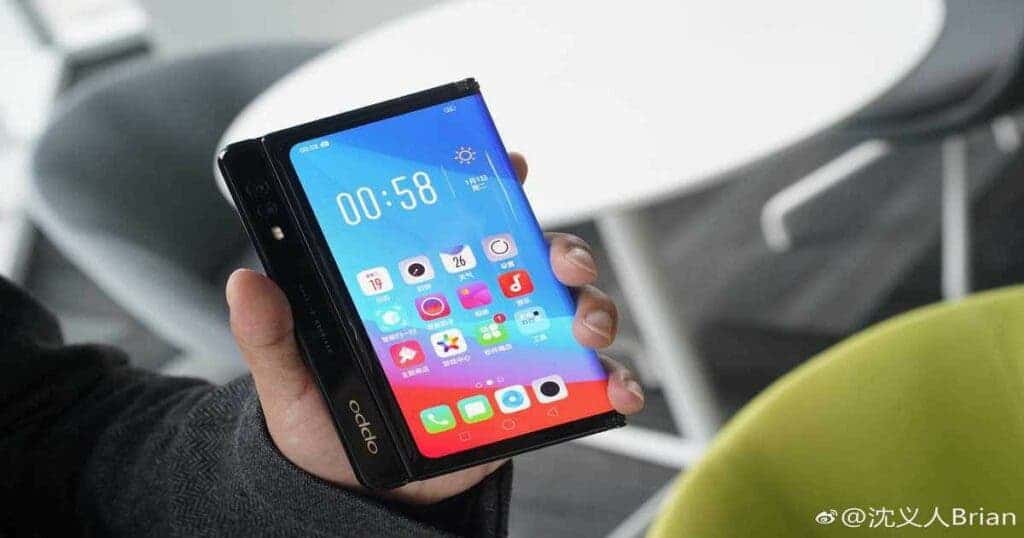 Moreover, the canvas that folds inward will deliver a higher refresh rate of 120Hz and will have a punch-hole cutout at the top left corner. DCS had previously suggested that the device will sport a 7.8 or an 8-inch LTPO display. Aside from that, the leaker suggested that it will run Android 11 with ColorOS on top. Under the hood, the phone packs a Qualcomm snapdragon 888 SoC.

The latest Weibo post from DCS suggests that the handset’s fingerprint sensor will be available on the side edge. Moreover, the tipster claims that Oppo will draw inspiration from the Reno6 series for the rear-mounted camera setup of the Oppo Foldable phone. Further, the phone will have three rear-mounted cameras. These include a 50MP Sony IMX766 main camera, a 16MP Sony IMX481 tertiary camera, and a 13MP Samsung ISOCELL S5K3M5 tertiary camera. Upfront, the phone will sport a 32MP selfie camera.

Earlier this month, a report from GSM Arena revealed that the Oppo Foldable phone will actually launch with the Oppo Find N 5G moniker. A Weibo post from Digital Chat Station references the older Oppo N series smartphones. Moreover, it includes a photo of the Oppo N3. The Oppo N lineup featured a device that had the main camera on a motorized swivel, enabling it to act like a selfie camera and even capture panoramas.