Motorola has been rumored to introduce two flagship smartphones in December. One of these devices will carry the Moto Edge S30 moniker and will have the Snapdragon 888+. We’re pretty sure that this is the Chinese variant of the recently unveiled Moto G200 which boasts the Snapdragon 888+. Then, the second device is the more appealing, the Moto Edge X30. This handset will pack the upcoming Snapdragon 8 Gen 1 SoC and will bring compelling specs like a display with a 144 Hz refresh rate and 68W fast-charging. Now, the latest development indicates that there is a third smartphone to be unveiled. This one will have an under-display selfie camera.

Although in their current form they are far from replacing the standard visible cameras, under-display cameras really are the next big thing. Companies are fighting to develop viable technologies to put the camera behind the display and ensure that the quality will be good. ZTE started the trend with its ZTE Axon 20 and improved it with its second-gen ZTE Axon 30. Samsung already revealed its under-display technology through the Galaxy Z Fold3 smartphones. Although it will skip the tech with the Galaxy S22 series, it may be ready for the Galaxy S23 smartphones. 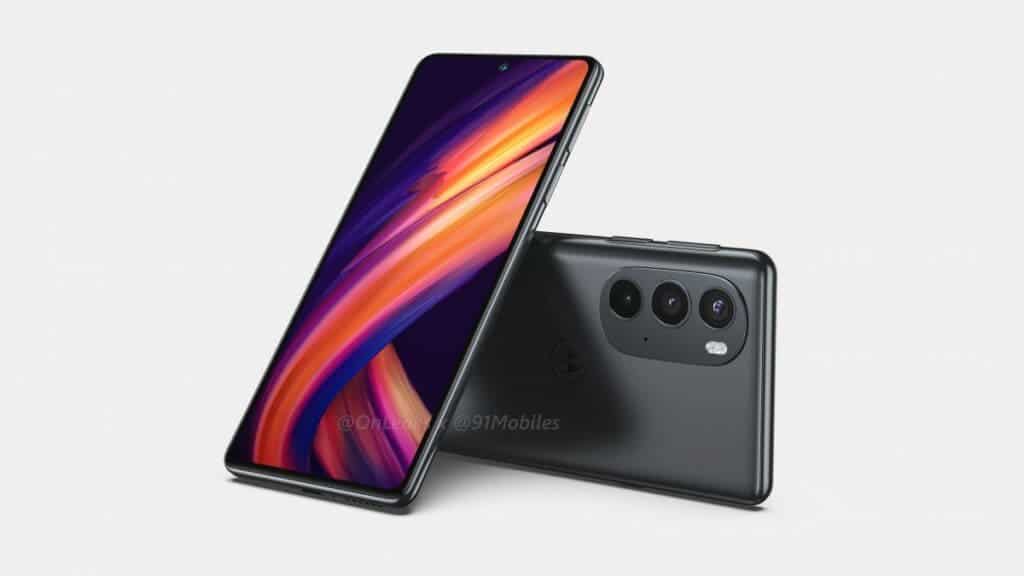 Now, Motorola is the latest company to enter this segment. This also means that Lenovo has the technology ready for use. The new report comes from the reliable tipster Digital Chat Station. He didn’t reveal what the name of the phone will be and whether it will be part of an existing lineup or will be the pioneer in new series.

We haven’t specifications whatsoever, it is fair to say the new display can be Full HD or even 1440p. After all, it needs a crisp resolution to compensate for the pixels around the camera. Anyway, worth noting that technology has evolved in recent years, making it hard for users to determine where the camera is placed.

The device could go for a premium mid-range or entry-level flagship approach. So far the most powerful smartphone with an under-display camera is the Samsung Galaxy Z Fold3. The ZTE Axon 30 is a big improvement over its predecessor, but still has the Snapdragon 870 which isn’t the most advanced chipset in the market. Motorola already has a Snapdragon 888+ and is gearing up to bring a Snapdragon 8 Gen 1 smartphone. We believe that this will be an intermediary option and the Snapdragon 870 may be a viable candidate for this handset.

Also, another handset makes perfect sense. Motorola’s Moto Edge X30 will launch in global markets as Motorola Edge 30 Ultra. So we still need vanilla, and possibly, a Pro variant. The S30 can’t occupy any of these two places as it is already available globally as Moto G200.

Next Fall Guys for Xbox and Nintendo Switch has been delayed